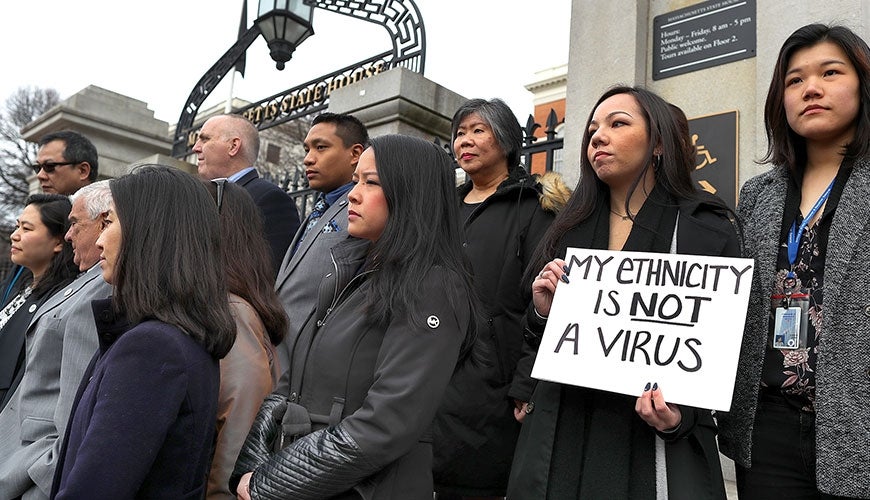 Since the beginning of the COVID-19 outbreak, there have been persistent reports of racist abuse and discrimination. It’s an alarming trend that deeply affects individuals and undermines the community’s ability to respond effectively to the pandemic.

As the virus first arrived in Australia, people of Chinese and other Asian backgrounds suffered discrimination, often from those fearful of contracting it. They were discriminatorily barred from restaurants, schools and other areas of public life. They were subject to verbal abuse—and worse.

More recently, frustration at the disruption, confinement and hardship so many people are facing has led to even more aggressive forms of racism. People of Asian and other diverse backgrounds have been targeted with vitriolic and sometimes violent or other criminal forms of abuse.

Throughout the crisis, I have joined politicians and other community leaders in publicly condemning these incidents of racism in the strongest possible terms. COVID-19 has nothing to do with race or nationality—and neither fear of the virus nor frustration at the difficulties we all face are excuses for abusing people based on race, nationality or ethnicity.

As I have said repeatedly in media interviews, these incidents harm our collective wellbeing at a time when we need to be working together, and I urge all people in Australia to show kindness and support each other in these difficult times. We are all in this together, and social cohesion is more important now than ever.

I am advocating for a national response to racism arising from the pandemic—in meetings with community leaders and representatives from all levels of government, including the Acting Federal Minister for Immigration, Citizenship, Migrant Services and Multicultural Affairs. It has been heartening to see the Prime Minister and Leader of the Opposition, among other political leaders, unanimously condemn racism and stand in solidarity with the Chinese community and other victims of racial abuse.

In addition to the data the Commission is collecting on incidents of racism in relation to COVID-19, several other groups have also begun tracking these incidents, and I have reached out to academics, community stakeholders, police and other allies for intelligence and to facilitate data sharing.

It is the responsibility of all Australians to stand up to racism, because racism only thrives when communities fail to say ‘No’. You can find out more about our anti-racism initiatives including information about bystander action on our ‘Racism. It Stops with Me’ website.

It is also important that people from culturally and linguistically diverse backgrounds can access the information and support they need throughout the crisis. SBS has created an excellent information portal about COVID-19 in a multitude of languages. The Commission has also made it easier to access information about our complaints process in diverse languages.