I would like to acknowledge the initiative of the Australian Permanent Mission to the United Nations and the AFL in coordinating this session. I’d further like to thank the Head of Mission, Mr Peter Woollcott for the invitation to participate in today’s discussion which focuses on racism and sport in Australia.

I acknowledge Catherine Branson, President of the Australian Human Rights Commission and Les Malezer, an Aboriginal man who has a long history of fighting for Indigenous peoples in Australia and around the world

I’m going to touch on a few key points in the ten minutes that I’ve been allocated to speak and they are:

I’d like to begin by talking about the need for a coordinated, national anti-racism strategy.

Racism – defined as the hatred or intolerance of another race or other races - results in much more than humiliation, embarrassment and hurt feelings

Racism has real and measurable impacts. It has been linked to ill health, reduced productivity, reduced life expectancy and morbidity. The Building on Our Strengths Report released by VicHealth in 2009 establishes a link between self reported race discrimination and poor health outcomes including high blood pressure, heart disease, diabetes, obesity, alcohol misuse, substance misuse, peer violence and low birth weight as well as poor employment and educational outcomes

Racism has the potential to do plenty of damage regardless of who perpetrates it.

The Australian Human Rights Commission is a partner in the Challenging Racism Project which is a three year, national telephone survey of 20,000 respondents that mapped experiences of racism across Australia. Some of the key findings include[1]:

A national anti-racism strategy will require:

We have available to us in Australia the most important document that sets out our human rights as Indigenous peoples – the United Nations Declaration on the Rights of Indigenous Peoples.[3]

It will guide my work during my time in this position because in my view, it should form the platform upon which a truly reconciled Australia is built.

I am committed to working with Government to ensure that the full implementation of both the spirit and intent of the Declaration is achieved in Australia. .

It is also imperative that all sectors of Australian society, government agencies, the business community and civil society develop an understanding of how they can practically contribute to the implementation of the Declaration.

For instance, the second paragraph of the preamble says the United Nations General Assembly affirms

that indigenous peoples are equal to all other peoples, while recognizing the right of all peoples to be different, to consider themselves different, and to be respected as such

At first glance this paragraph appears fairly innocuous and something about which most reasonable people would embrace.

However, it imposes a responsibility on those institutions providing services to communities, be they be the government, private or community sectors or sporting institutions, to build systems that not only cope with but celebrates difference.

One way in which sporting codes can support the implementation of the Declaration is to build systems that can competently and genuinely support difference.

The protection of cultural rights, cultural heritage and cultural identity is highlighted in Articles 11, 12 and 13 respectively of the Declaration. High profile athletes are well positioned to promote the importance of a connection to customs, language, land and traditional knowledge both within their code and more broadly across communities. Ambassador Programs that aim to strengthen connection to culture can deliver multiple positive outcomes, including benefits in health and formal learning.

Article 15 of the Declaration relates to education and public information. Sporting codes are uniquely positioned to reach into local communities, through their membership and spectator base, to assist in building strong ownership of the Declaration.

The Declaration is a practical tool that can shift us towards constitutional recognition and a reconciled Australia. This shift is unlikely to occur unless our first nations people, and in fact, all Australians, feel a strong ownership of the Declaration.

Sport as a tool for individual and community development

In 2005 UNESCO announced the International Year of Sport and Education and identified that sport has the potential to: convey important messages, bring people and communities together, de-escalate tensions among population groups, support communities at risk and shift us towards the realisation of the Millennium Development Goals.

At the end of 2005, UNESCO shared what it learned through its international work and this included[4]:

I acknowledge the highly commendable work that many sporting codes are already undertaking in relation to supporting and promoting racial equality. For example the AFL Dreamtime Round which showcases Aboriginal cultures, histories and achievements in sport. All codes, regardless of size or resourcing need to consider the concrete steps that they can take give practical meaning to the Declaration. A zero tolerance of racism in organisations requires strong leadership. It needs to be communicated through clear and consistent messaging to players, members, spectators, coaches and administrators. It needs to be enforced in situations where negative and potentially unlawful behaviours emerge.

There are three key ways for sporting codes to progress this work.

Consultation should be considered as a genuine opportunity for organisations to listen to learn and to engage. Positive consultation is a two way process and so organisations should also be sharing information, testing ideas with administrators, players, members and most importantly with community stakeholders.

And of course, with Australia’s increasing cultural diversity which is reflected in the make up of professional and community sport, I would encourage the use of consultation as a tool to create systems and processes that genuinely support difference.

In my previous job, immediately prior to appointment to this position, we did some work about efforts to combat racism. We couldn’t find too many that could match those efforts of the AFL.

I would like to make some personal observations of how the AFL arrived at this position. I remember the iconic image of Nicky Winmar lifting his jumper and pointing to the colour of his skin in response to the taunts from opposition supporters.

I remember Michael Long fighting to have racial taunts from an opposition player addressed and not swept under the carpet as had been the usual practice of not just the AFL but most sporting codes in Australia.

As with all fighters of human rights he was challenging the status quo. Making those in charge confront an injustice that they would prefer see just go away.

But once the administrators came to the realisation Michael Long and Nicky Winmar were not going away they did indeed confront this issue head on.

Coaches like Kevin Sheedy, Mick Malthouse and Terry Wallace came out and said they would not select players who racially abused other players. In essence they were saying player who engaged in this behaviour would not be welcome in these clubs

Next the administrators bit the bullet and developed a zero tolerance policy and racially abusing players is now considered the most heinous charge that a player may face, with appropriate penalties for those found guilty.

As with any change it took both the activism of Michael and Nicky to force the issue. It took leadership of the administrators and coaches to change a culture not only amongst the players but supporters of the code and now to significantly reach into the community generally, to use sport to promote changes in behaviour and culture.

The ‘Zero Tolerance’ approach of the AFL to racism has produced an overrepresentation of Indigenous people of which we can be rightly proud. Eleven percent of all AFL players are Aboriginal or Torres Strait Islanders, from a population of about 2.5 percent. You can trace the trajectory of this increase almost to the days when Michael and Nicky took their stand.

Thank you ladies and gentlemen

[2] VicHealth and the Victorian Office of Multicultural Affairs, More than tolerance: embracing diversity for health, (2006) p1. At http://www.vichealth.vic.gov.au/~/media/ProgramsandProjects/
MentalHealthandWellBeing/DiscriminationandViolence/
MoreThanTolerance/DCASv2%204%20%20FINAL%20060907.ashx (viewed at 10 September 2009). 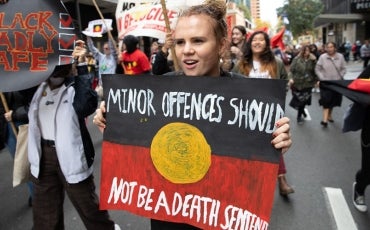 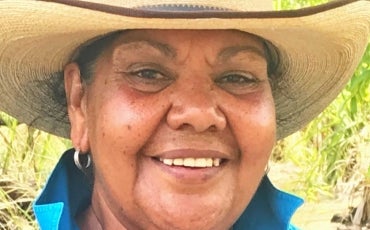 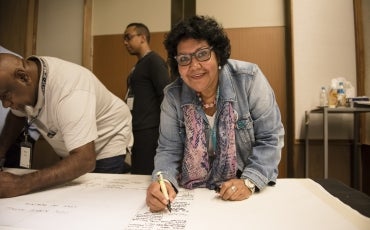