Can I begin by acknowledging the traditional owners of the land on which we meet, the Gadigal people of the Eora nation.

Thanks for the opportunity to speak to this conference today. You are embarking on this topic, in my view, at just the right time. Unemployment is the lowest it has been for over a decade. Our economy is strong and needing more employees, and our population is ageing, reducing the relative size of the workforce. In coming years, there will be fewer of us to support more of us, so as many people as possible need to be working and paying taxes rather than receiving welfare benefits. What better time to introduce employees with disabilities in larger numbers. But the question is, are we doing enough?

My comments will attempt to assist you in the job you have undertaken- and in broad terms I have two messages for you.

First, that your task- achieving more employment for people with intellectual disability- could not be started at a better time.

Second, that it - and the broader task of greater employment for people with disabilities- will only be achieved through co-operation by all levels of government, employers, organisations involved in supporting employment for people with disabilities, and the disability sector. We need a National Disability Employment Strategy, and I renew the call - made in the Commission's report earlier this year- for the Commonwealth Government to begin the work to develop such a strategy.

Despite the introduction of the Commonwealth Disability Discrimination Act in 1992, and similar legislation in States and Territories prior to that, discrimination in employment has not decreased. In fact, barriers have increased, and opportunities have diminished.

And, when employed, people with disability are earning lower wages than workers without disability.

If we hope to create equality of opportunity in employment, we must ask: why has the situation been getting worse for people with disability? What are the barriers? What solutions are needed?

In 2005, HREOC launched a National Inquiry into Employment and Disability to examine these questions. The Inquiry found that one of the main impediments to the employment of people with disability lies in employer concerns about-

Let me summarise the findings during HREOC's Inquiry into Employment and Disability.

Information gathered by the Inquiry suggests there are three sets of obstacles of common concern to people with disability who are, or who are about to be, in the open workforce, and their actual or potential employers:

1. The first obstacle is about Information -- specifically, an absence of easily accessible and comprehensive information and advice that assists in decision making processes, and responds to ongoing needs

2. The second obstacle is about Cost -- concern about costs of participation for people with disability, and possible costs borne by employers when employing a person with disability

3. The third obstacle is about Risk -- more specifically, concern about any possible financial and personal impact on people with disability and their employers, especially if a job does not work out.

The Inquiry made 30 recommendations to address the three sets of obstacles. Let me walk you through them.

The first was the establishment of a one-stop-shop to provide relevant information to both employers and employees with disabilities. I've already mentioned this information problem. Just last month the Commonwealth Government established the Job Access website, and its linked call centre, to do this very task. As I did at the time, I warmly congratulate this initiative, which HREOC has been calling for for almost a decade.

We also recommended detailed mapping of Commonwealth and State government services in the area of employment for people with disabilities. The government has indicated that this information will be included in the Job Access site.

We recommended that research be carried out into the costs of employing people with disabilities, and people with specific disabilities. Only when such detailed information is available will we be in a position to dispel the many myths which exist in this area, and address the few realities. This recommendation has not yet been taken up.

We also recommended investigation into international approaches to the employment of people with disabilities, and named a number of promising examples. The Government has accepted this recommendation, and placed it on the research agenda.

We encouraged Government to further investigate greater case management of people with disabilities, whilst becoming job-ready, seeking employment, and establishing themselves in a job. This is important because of the various services available, and the need for co-ordination of those services for maximum effect. Whilst Government does this to some degree, HREOC feels that there is much greater potential in this area.

We recommended further consideration of a cost of disability allowance, and a cost of participation allowance. This is unlikely to occur in the short term, while welfare to work is bedded down, but is something to work towards in the future.

We further encouraged extension of health benefits available to welfare recipients to people moving back into the workforce. It is these types of security which people need to be encouraged to have a go at employment. Although this is occurring to some extent, it could be taken further, so that more positive incentives are provided for people with disabilities to try to get into work.

We further recommended expansion of the Workplace Modification Scheme. Some of this occurred in the last Federal budget, but our report details further changes which would provide more incentives.

Our report found that real and perceived concerns about occupational health and safety laws, industrial relations laws, and discrimination laws were a real barrier to employment. We recommended investigation of these issues, so that the real concerns could be addressed, and the myths debunked.

We recommended the introduction of a robust work-trials scheme, and set out the parameters for such a scheme. Some work experience initiatives were announced in this years Federal budget, but our recommendations go further. The Commission is of the view that many concerns - of employers and employees - can be addressed through a work trial process, but guarantees need to be built-in to ensure that people with disabilities are not disadvantaged, and that there are real work opportunities available if trials are successful.

We also recommended improvements to, and better co-ordination of, transition-to-work schemes. This involves co-oleration by State and Federal governments, and is just one of the areas where a national strategy would be of major benefit.

We further recommended a review of government-funded employment support services to achieve: access without time limits; a more holistic assessment, availability of a broader range of services, better co-ordination, and increased funding.

We also recommended that the Job Access site include details of non-government and private employment services. They play an important role in the employment process, and should be part of the information available. This recommendation is being considered.

More flexible workplaces will assist the employment of people with disabilities, and we recommended further work be done by Government in this area. Some positive initiatives were included in this years budget.

In regard to employment services, we recommended ongoing review, further examination of case-based funding, and the assessment of the impact of funding caps.

We also recommended the improvement of, and increased funding for, personal assistance at home and in the workplace. This is a real barrier faced by some people with disabilities.

The Commission recognised that public sector leadership would be vital if the overall employment situation of people with disabilities was to be improved. Such leadership has been seriously lacking in the past, with the numbers of people with disabilities employed in the Commonwealth public service halving in the last fifteen years. We proposed nine separate strategies for this situation to be turned around, to apply at all levels of Government.

We further recommended a government procurement policy which would require that equipment bought by governments was accessible for people with disabilities. As well as the direct benefits this would bring to Government employees, this would provide indirect impacts by driving markets towards accessible products.

We also recommended the establishment of a reporting scheme for employers, by which numbers of people with disabilities employed would be collected, documented and published.

A best practise awards scheme for employers was also recommended.

We recommended improvements to the recruitment industry, currently a major barrier to the employment of people with disabilities.

We further recommended the establishment of a multi-sectoral leadership coalition which would develop and monitor strategies for the improvement of employment opportunities for people with disabilities.

We also recommended the funding by Commonwealth Government of a business leadership project which would improve the employment opportunities for people with disabilities.

HREOC maintains that all of these recommendations must be considered in a holistic manner. Implementation of any one of the Inquirys recommendations will be a positive step towards addressing the barriers facing people with disability, and their actual or potential employers. However, they are unlikely to have any substantial impact if implemented in a piecemeal fashion.

It is for this reason that the final recommendation of the Inquiry is the critical recommendation in the set -- that the Commonwealth government lead the development of a National Disability Employment Strategy for Australia. This strategy must embrace a whole of government approach, and its development must involve a multi-sector coalition comprised of people with disability, employers, employment service providers and relevant Commonwealth, State and Territory agencies.

I hope that this brisk walk through the Commission's recommendations will inform your work later today. I have purposely taken a macro view, because there are many of you here with more specific expertise in this field than I have who will get down to the micro details.

I encourage you to join the Commission in our goal of lobbying for a national disability employment strategy. It's a big goal to aim for, but as I have said, the time is right. We all know that people with a disability want the chance to make their contribution to Australian society, and that Australian society will only be better for that contribution being made. My goal as Disability Discrimination Commissioner, and I hope yours as well, is for that chance to be an equal chance- a fair go is not too much to ask.

Thanks for the opportunity to speak with you today. 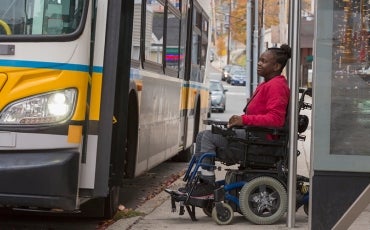 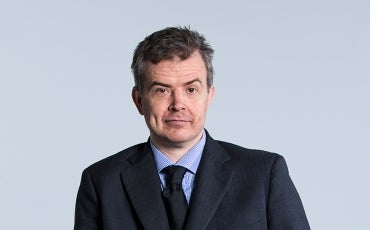