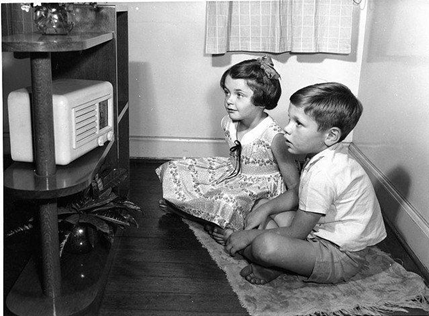 Continuing the conversation: are all the voices being heard
Crown Plaza, Hunter Valley
Friday 18 October 2013

Thank you Aunty Marge for your Welcome to Country.

I too would like to acknowledge the Traditional Owners of the land we meet on today.

It is on their ancestral lands that we meet, and I would like to pay my respect to elders both past and present.

And I would also like to thank Jan Langrty for her introduction, Meg Mendham, CCSA President, and Sam Edmonds, CEO, as well as CCSA and ECA for inviting me to present here today. And can I also acknowledge the Honourable Carmel Tebbutt, NSW Shadow Minister for Education, Training and Early Childhood, who made such a strong case for the role of advocacy in achieving reform.

As you all know, these two organisations have a long and proud history of representing the early childhood sector.

For 75 years now, Early Childhood Australia has been providing a voice for young children.

And Community Connections Solutions Australia has worked for over 40 years to advocate for the important role that children’s services play in the wider community.

These two organisations, and their members, have left a legacy of excellence and progress, perhaps best summed up by the response of Western Australian members during World War 2.

In this time of war, kindergartens throughout the county were closed, but early childhood educators proposed a radio broadcast program for preschool children called Kindergarten of the Air.

This program was heard and adored by thousands of young children in Australia, and by many more throughout the United Kingdom and the USA.

My mum was a kindy and preschool teacher in the 60s, very much a part of the legacy that Jan spoke of. And she was a big fan of kindy of the air. I have clear memories of, after hearing the ‘girls and boys come out to play’ song come on, sitting on the floor cross legged listening to kindy of the air on the wireless.

So, to every delegate here, thank you for continuing the great legacy of early childhood educators before you.

Thank you for attending this conference.

And thank you for continuing the conversation about whether all the voices in early childhood education are being heard. And thanks for the memories.

This conference is about making sure “voices” that matter are heard. And I’d like to examine this idea in relation to children’s play in early childhood.

As National Children’s Commissioner, the Convention on the Rights of the Child provides the main impetus for my work.

The Convention recognises that children are the holders of rights, and that they are entitled to express their views.

Article 12 of the Convention gives to every child, including very young children, the right to be taken seriously and be heard in matters affecting them.

And Article 31 guarantees the child’s right to rest, leisure and play.

When read together, articles 12 and 31 oblige us, as adults, to give due weight to the views of children in relation to play.

On that note, I would like to play you a video of a conversation Karen Curtis, who unfortunately wasn’t able to be with us here today, and I had with children about the importance of play.

This was filmed at an out of school hours care facility in Newtown, NSW, as part of ACECQA’S recent conference about the National Quality Framework.

Children have a right to rest, leisure and play because we know, and they know, it’s important for their development.

Neuroscience research shows that both structured and unstructured play is essential for optimal brain growth and healthy child development, especially in early childhood.[1]

Indeed, it is through play that children learn to cooperate, overcome challenges, test and defy perceived limitations, negotiate with others, and come to understand rules, risks, and boundaries.

Play also helps develop resilience. It facilitates creativity. It builds physical capabilities. And it provides time for parents and educators to be engaged with the children they care for, to bond with them, and to see the world from their perspective.[2]

Terms like play-based learning and learning through play are now commonplace, but these terms shouldn’t be our real focus. Nor should we see play merely an instrument of learning.

Instead, our focus should be on facilitating a play environment that gives children the right physical, social, emotional and intellectual support, as well as large blocks of time to develop their own play ideas and themes.

The importance of facilitating good play environments was the focus of the United Nations in Geneva just last week, with the launch of a document referred to as a “general comment” about play.

A General Comment is basically a guide that gives authorities practical ways to implement rights – in this case, children’s play time and engagement with the arts and cultural life.

And the link between children’s right to play and their right to be heard was emphasised by the General Comment.

Children are entitled to exercise choice and autonomy in their play and recreational activities, as well as in their participation in cultural and artistic activities.[4]

The General Comment further noted that children have a right to participate in the development of their play environments, including parks, local facilities and the design of child-friendly communities.

Freedom from stress, social exclusion, discrimination and violence were included, among the many things listed in the General Comment, which children should have in an optimal play environment.

Accessible space and time for play, free from adult control and management was also included.

As play-researchers Lester and Russell argue:

We must exercise caution and not make it too much an object of adult gaze. Children’s play belongs to children; adults should tread lightly when considering their responsibilities... being careful not to colonise ...children’s own places for play through insensitive planning or the pursuit of other adult agendas, or through creating places and programmes that segregate children and their play.[5]

I strongly believe that the child’s voice must be privileged in relation to play and all other matters affecting them, because by listening to children, we learn about their feelings, about their needs and what will work for them.

But how else can we respect the voice and wishes of young children?

What I’ve learned is this: children want to be with their family and with their friends and be safe.

Children enjoy their freedoms and they enjoy being able to play, be active and have fun, but they also appreciate fair boundaries and rules. They are particularly concerned about the level of violence, aggression and bullying in the community, and they would like to live in an environment that is free from drugs, alcohol and smoking.

Some children worry that they can’t afford to do or have the things they would like, and they want more things to be available for free.

Children also want people to show more respect for one another, and they want to be respected and listened to.

And they definitely want to have a say and to have their voice heard.

So how is this relevant to respecting the child’s voice in play and education?

If children aren’t safe, then they can’t freely participate in play. If a child is being bullied during a game, then they won’t benefit from the play experience. And if a child does not have a happy home and family environment, then other aspects of their life, including their right to rest, leisure and play, are diminished.

As early childhood educators and advocates, one of the best ways we can protect the child’s right to play under article 31 of the Convention on the Rights of the Child is to make sure that we respect the child’s voice and right to express themselves.

Having just completed my national listening tour with children and their advocates, I’d like to share with you a selection of what children have told me.

As you can see from this slide, children have a wonderful sense of fun and brilliant imaginations.

Children have told me:

Everyone should live in castles

What if we had personal robot butlers

How about a kid Prime Minister

And imagine if every kid had a rocket!

I’ve received hundreds of postcards from 4 and 5 year old children about what’s important to them, including about the importance of play.

A 4-year-old boy from Victoria wrote to me and said, “We need lots of parks to play at.”

A 5-year-old girl from NSW said, “I’m happy when playing with my mum in the park.”

And a 5-year-old boy in NSW said he’s happy when, “I am playing in the sandpit with rocks around it.”

Many children also raised the importance of play in our online survey.

A 4-year-old girl from WA said she’s happiest when, “Going to-preschool and having fun.”

A 4-year old boy from NSW said he’s happiest when, “Playing with my friends at day care on the climbing frame.”

And a 5-year-old girl from SA said she’s happy when, “It is a bright sunny day, I’m roaming around, and there’s a park for playing.”

This photo is from the out of school hours care centre at Newtown, where Karen Curtis and I spent the afternoon with the children.

Most of the kids here were very happy to run around, play with their friends and explore on their own.

Importantly, the staff at Newtown were happy to play with the kids too.

The kids told me that they liked fun and games and activities, and they liked to play with their friends, and with the adults too. These were the same adults that the children said they could talk to if they had a problem.

The Grade 5 and 6 students in Tasmania told me about their ideal world where:

The world was smoke-free

Kids were able to vote

And people could marry who they want

When I was in South Australia, I asked children at Northfield out of school hours care what rules they thought a new planet should have to make life better for children.

These kids said they wanted to live in a world where:

There were no guns

Everyone had a place to live

There was a peace code so that everyone speaks kindly and is a peace maker.

And the kids at an out of school hours centre in the ACT wanted a world where:

There was no bullying

Every kid has a carer

Children have lots of play areas.

Children at a Primary School in a remote part of the Northern Territory told me about the importance of:

Having a house and their own bedrooms

The roads being good so they could get around

Being with friends and family.

I asked Year 6 children at Sacred Heart Primary School in Western Australia who they would go to get help from if they had a problem.

They told me that they’d go and see:

Police if something really bad was happening

An older brother or sister

But most said they worry about telling their parents things because of how they might react.

These few examples tell us something very important about children’s play, education and general wellbeing, and where we should be focusing our efforts.

I believe that children and young people are experts about their own lives, and that by listening to children we can learn so much about their feelings, their hopes and their needs.

In early childhood education, and all matters affecting children, we should be elevating children’s rights by privileging their voices.

In doing so, we can better understand what children themselves say they need in order to thrive.

So where does the child’s voice fit in the early childhood conversation? Front and centre.

Thank you, and enjoy the rest of the conference.