The right to a full life: survival and healthy development for all children 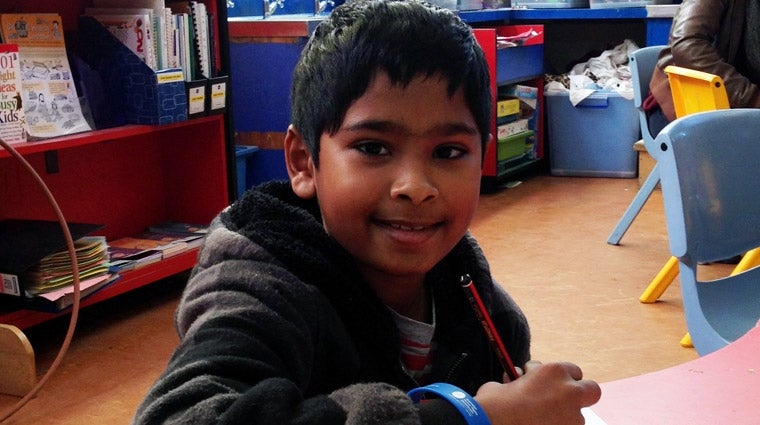 Thank you Aunty Barbara Keeley Simms for your heartfelt and thought provoking Welcome to Country.

And I’d like to also thank Karen Zwi for her kind introduction and invitation to present here today.

I too would like to acknowledge the Traditional Owners of the land we meet on today.

It is on their ancestral lands that Sydney Children’s Hospital now stands, and I would like to pay my respect to elders both past and present.

Survival and development is a human right, not just a privilege for some.

Having said that, too many children’s opportunity to survive and develop is already severely diminished even before their birth.

To illustrate this point, I’d like to reflect back on a recent visit to Fitzroy Crossing as part my national listening tour – the Big Banter – where the community is working to combat the high rates of children born with Foetal Alcohol Spectrum Disorders or FASD.

FASD is entirely preventable but incurable.

As you all know, FASD is an entirely preventable but incurable condition.

The brain on the left is of a normal six week old baby.

The brain on the right is of a six week old baby affected by foetal alcohol syndrome.

The damage caused by a baby’s exposure to alcohol in the womb can lead to defects in virtually every part of the body, including the face, eyes, ears, heart, kidneys and bones.

Some people think FASD is an Indigenous problem, but it’s not a black and white issue. Last year’s Parliamentary Inquiry into the matter heard that FASD “is intertwined with a complex web of interrelated socio-economic factors, including poverty, alienation, isolation, domestic violence, other substance-related issues, and decades of the poisoning of culture by alcohol. Regular, frequent and excessive alcohol consumption is so entrenched in some places that is has become the norm. This applies to both Indigenous and non-Indigenous populations.”[1]

Australia’s response to FASD is being pioneered on different front, including by Aboriginal women in WA’s Fitzroy Valley, where The Liliwan Project seeks not only to put an end to the disorder, but to also change the way the community recognises and responds to it.

The Liliwan Project, which means “for the little ones”, will provide Australia’s first population-based data on FASD prevalence, and the locally developed strategy to address prevention and management of FASD will offer valuable insights for other communities as well.

A feature of success of this project is that it recognises that “the prevention of FASD is important to optimise health and development for future generations of Aboriginal children and to ensure the transfer of culture and language from one generation to the next.”[2]

This multifaceted approach to child health is strongly aligned with a human and child rights approach.

The Convention on the Rights of the Child rejects the idea that children’s health can be approached by simply addressing one aspect or one determinant of child development.

Instead, the Convention recognises that all children have the right to survive, grow and develop, within a context of physical, emotional and social well-being, to each child’s full potential.[3]

It is this imperative that makes a child-rights approach to health so important.

Age, sex, educational attainment, socioeconomic status, the family environment, access to services and support, violence that threatens the life and survival of children, drug and alcohol abuse, government policies and administrative structures, as well as social and cultural norms - all impact on a child’s health and wellbeing. In this context, a child-rights approach to health obliges us to address all of these determinants by creating the optimum conditions for healthy development, and implementing evidence-informed interventions, rather than simply treating existing illness.[5]

That’s the focus on the Liliwan Project – to tackle FASD by addressing the underlying social, economic and cultural issues at play, rather than just restricting alcohol consumption and treating substance abuse.

That’s what the Spectrum of Interventions research tells us,[6] and it’s what the Convention on the Rights of the Child requires.

The Convention gives to every child the right to:

The highest attainable standard of health

Facilities for treatment of illness and rehabilitation of health, including for children with mental health issues

As well as the right of access to such health care services.[7]

The Convention requires the foundations of physical and mental health to be laid before a child’s birth and in their early childhood.

The importance of addressing the underlying social determinants of mental health in early childhood was well articulated by the World Health Organisation in 2008, which said that:

The conditions to which children are exposed, including the quality of relationships and language environment, literally ‘sculpt’ the developing brain.

Healthy development during the early years provides the essential building blocks that enable people to lead a flourishing life in many domains, including social, emotional, cognitive, and physical wellbeing.[8]

The WHO report also outlined some of the key mental health determinants that government policy must seek to address, including:

The escalation of chronic disease is another area of concern from a child rights perspective.

This is especially true for Aboriginal and Torres Strait Islander children. Around two-thirds of the gap in health outcomes between Indigenous and non-Indigenous Australians are attributable to chronic diseases which are, in many cases, preventable.[9]

Indeed, in 2012 the Australian Institute of Health and Welfare noted the importance of early childhood nutrition for an infant’s survival, growth and development, and for health outcomes throughout the child’s lifecycle. It also notes that nutrition helps improve cognitive development and protects against chronic diseases in later life.[10]

And a recent study by the National Centre for Social and Economic Modelling indicated that up to 500,000 Australians could avoid suffering a chronic illness if the underlying social determinants of their health were addressed.[11] So the costs savings of getting in early are clear.

Critical to a child-rights approach to health, is the commitment to taking the views of children seriously.

That’s what article 12 of the Convention on the Rights of the Child requires, and it’s not a passive obligation.

Article 12 requires practitioners and policy makers to take active steps so that children can participate in the design and implementation of health policies and programs affecting them. Children have a right to be taken seriously on all aspects of health. For example, what services are needed and how and where they are best provided. And this right is also about recognising and promoting children’s agency, particularly in decisions that affect their lives.

I strongly believe that children and young people are the experts about their own lives and that’s why my initial priority as Australia’s first National Children’s Commissioner has been to conduct the Big Banter listening tour. Through the Big Banter I’ve met face to face with over 1,000 children and I’ve heard from a further 1,000 kids from my online survey and reply-paid postcards. I’ve also heard from hundreds children’s advocates.

The Big Banter commenced in April 2013 and concluded last month. And having heard from children across the county, I’d like to share with you a selection of what they’ve said is important for their wellbeing.

Children and their advocates have raised lots of different issues.

And some issues have been raised many times.

In general though, children have told me that the most important things to them are being able to be with family and friends. They enjoy their freedoms and being able to play, being active and having fun, but they also appreciate fair boundaries and rules.

They are particularly concerned about the level of violence and bullying in the community and would like to live in an environment free from drugs, alcohol and smoking.

They worry that some children can’t afford to do or have the things they would like, and they want more things to be available for free. They want people to show more respect for one another and they want to be respected and listened to. And they definitely want to have a say.

I’d like to provide you with some specific examples from the Banter.

When I was in South Australia, I asked children at Northfield out of school hours care what rules they thought a new planet should have to make life better for children.

These kids said they wanted to live in a world where:

There were no guns

Everyone had a place to live

There was a peace code so that everyone speaks kindly and is a peace maker.

When I visited young people in Victoria living in out of home care, the issues they raised focused more on survival and development.

They said that life would be better if:

There were no random agency staff

They had food, clothes, money and transport

Everyone had houses to live in.

Young People at an alternative High School in Brisbane told me about their personal experiences, and said that life would be better if:

We were not stereotyped at school

We were not pushed into the mental health too hard basket

We were listened to and respected, especially by teachers

If young people weren’t bullied for being different.

And the kids at an out of school hours care centre in the ACT wanted a world where:

There was no bullying

Every kid has a carer

Children have lots of play areas.

Everyone should be treated equally

There should be a limit of two alcoholic drinks per person per day, if you choose to drink alcohol at all

There should be no violence, bullying and everyone should feel safe.

Children at a Primary School in a remote part of the Northern Territory told me about the importance of:

Having a house and their own bedrooms

The roads being good so they could get around

Being with friends and family.

When I visited Pontville Alternate Place of Detention, the feelings of the asylum seeker boys detained, which was about three hundred of them at the time, were summed up by this statement from one of them:

Four months we have been staying here. Our request is they should get us out of here when we are fit and healthy, not when we are crazy. Do Australians want us to go crazy?

And it is pleasing to learn that following sustained advocacy by a range of people, all the boys have now been released to community based settings.

Last week, I consulted with the Youth Affairs Council of Victoria. For the young people who attended the most important things were:

Everyone having the same opportunities

No smoking, drinking and driving

Safe places to go and live

One of the young women there was also part of the local Youth Disability Advocacy Service. This young person, who has a chronic disease, highlighted in particular the importance of consent to medical treatment by both parents and children and the need for ‘non scary’ health services.

I believe these few examples tell us something very powerful about where we should be focusing our policy, research and evaluation efforts.

In health and other areas of social policy, I believe we need to elevate children’s rights by privileging their voices. In doing so, we can better understand what children themselves say they need to thrive, and support and empower them to meet their full potential.