A Tribute to The Hon Elizabeth Evatt AC 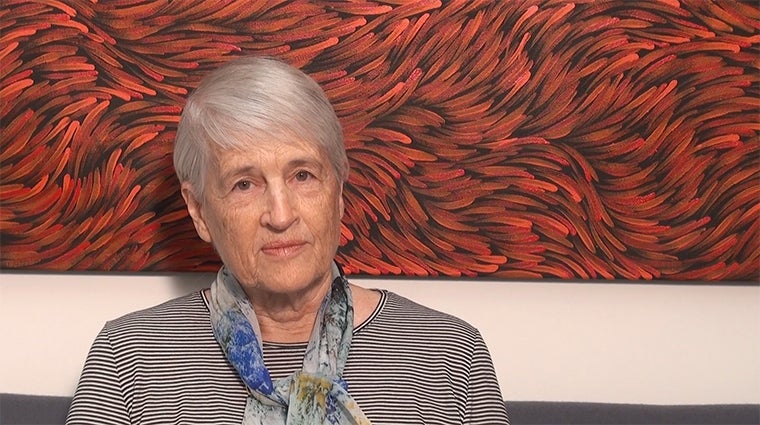 This is an edited extract of a speech President Gillian Triggs gave to the Sydney Women’s fund on August 12.

It is my special privilege today to contribute to the Salute by the Sydney Women’s Fund for the Honorable Elizabeth Evatt for her exceptional contribution to the rule of law, to reform of the law and especially to ensuring that women and girls have substantive equality under the law. She has been a judge, a scholar and an international human rights advocate with the vision that human rights are a force for unity and peace in the world. No one has done more to promote the links between Australia and the international human rights community than she has.

Elizabeth comes from a family with a strong sense of public service, her father Clive Evatt QC was a brilliant lawyer and member of the NSW legislative assembly, her uncle Bert or ‘Doc’ Evatt was the joint leader of the Australian delegation to the international efforts to draft of the UN Charter in 1944. Later, in 1948, as the President of the UN General Assembly, Dr Evatt’s determination and sheer force of personality ensured that the Universal Declaration of Human Rights was passed without a single negative vote, ensuring its universal credibility and underpinning the 20th century development of the human rights regime we know today.

She recalls Dr Evatt returning from the United States in 1941 with 4 Norman Rockwell posters setting out President Roosevelt’s Four Freedoms; freedom of speech, freedom of worship, freedom from want and freedom from fear. These ideals have informed Elizabeth’s belief that human rights and social justice for women are vital pre-conditions both for peace at home and globally.

Elizabeth’s career has been one of a series of ‘firsts’. She graduated from Sydney Law School with first class honors and was the first female student to win the University Medal for law. After some years at the Bar in London and with the England and Wales Law Commission she returned in 1973 to Australia to become the first female Deputy President of the Commonwealth Conciliation and Arbitration Commission.

As a young lawyer, Elizabeth had the initiative and the courage to grasp the opportunity to promote law reform in Australia. She chaired the Royal Commission on Human Relationships in 1975.

Elizabeth’s vision for family law was to give it a “new purpose” ...

....”that of applying the principles of fairness and justice to people undergoing the misfortune of a broken marriage”.

Elizabeth’s work on the Commission was informed by her personal experiences as a barrister, including her client, a woman charged with causing the death of another women when carrying out an abortion. While her client was acquitted the experience as a young barrister made clear the need for more tolerant approaches for legal and safe abortions.

The seminal Report of the Royal Commission made many recommendations on contraception, domestic violence, rape, abortion, child abuse and discrimination on the ground of sexual orientation. The Report was controversial and, indeed, we continue to grapple with these issues over 4 decades later.

On the enactment of the Family Law Act abolishing fault-based divorce and creating the new Family Court, Elizabeth was appointed the inaugural Chief Justice in 1976.

The reform to fault based divorce was too late for me as I worked on family law as an articled clerk in 1967... an experience from which I fled in despair to the US to do a masters degree in international law!

As Chief Justice for 12 years Elizabeth strove to give effect to the principles of fairness, especially of equality of shares in matrimonial property.

The failure to pass national laws to comply with our treaty obligations has been one of the most disappointing aspects of Australia’s recent history, as the promise of those early human rights agreements -promoted so effectively by Dr Evatt- has not been met and, in the absence of a Charter or Bill of Rights, we are increasingly isolated from international human rights law and jurisprudence. Elizabeth has understood this isolation and worked tirelessly to promote an understanding of the role International human rights can play in our community

Elizabeth, as a modest but firm minded person, has been someone I have looked to for measured insistence on the rule of law both in Australia and internationally.

I have been proud to follow in two of Elizabeth’s footsteps. She was a part-time commissioner of HREOC, now the AHRC and, I have just learned, was an editor and librarian of the BIICL in London where I was Director. She will be unhappy to know that, as a sign of the times, I dismantled the library establishing a computer- based research facility instead!

May I conclude by recognizing the work of The Sydney Women’s Fund as an independent public and philanthropic organization with the aim to build a stronger sense of community and to improve the lives of women. One of the most appropriate tributes to Elizabeth’s vision for access to social justice has been the renaming of the Blue Mountains legal service as the Elizabeth Evatt Community Legal Service. That is a signal tribute to her commitment to the general community where access to legal advice and justice is so vital.

Long may Elizabeth’ work and influence continue. I salute her.