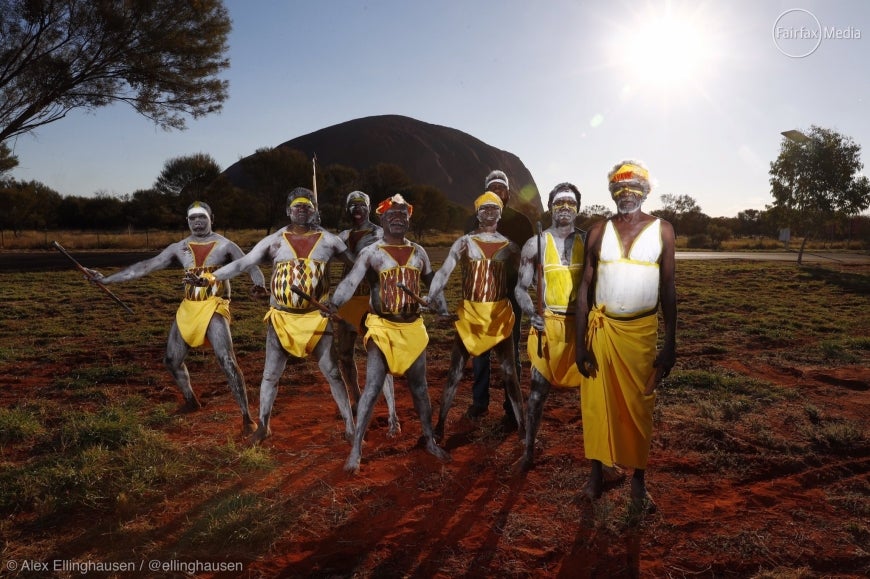 “We gather from the furthest corners of this country to discuss a matter of great importance: how we, as the First Peoples of this country, stand in Australia’s founding legal document – the Constitution.”

Commissioner Oscar said Aboriginal and Torres Strait Islander peoples want to move forward while acknowledging and strengthening relationships between families, communities and individuals in the cities, regions and remote Australia.

“Our peoples have always come together on country to discuss important business and it is only fitting that this meeting should take place here in Uluru. This event is a significant national gathering for our peoples,” Commissioner Oscar said.

“There has been a constant call by Aboriginal and Torres Strait Islander peoples for greater control over our destinies, for the ability to live freely and equally, and for greater recognition of our rights as the First Peoples of this land.

“This has been an unresolved source of friction for Aboriginal and Torres Strait Islander peoples since the arrival of the British on our shores in 1788, the myth of terra nullius, and our treatment in the Constitution.

“But our peoples haven’t rested. We have continued to chip away, to resist, and to assert our rightful place in this place that our people have cared for since the beginning.”

Commissioner Oscar said events such as the National Day of Mourning and the Wave Hill Walk Off, together with the Yirrkala Bark Petitions and the unfinished business of the 1967 Referendum, speak to a long-term momentum for change.

“It is a journey that is not yet complete,” she said. “That is why you are all here.

“Over the coming days, you will make some tough decisions about how to carry the hopes and voices of our peoples forward in the next phase of this journey.

“This is an opportunity to address the fundamental way that our peoples are seen and heard in this country. It can also speak to the relationship that we seek with our fellow Australians.

“The eyes of the nation are upon us this week, watching with great interest about what is decided here.

“To make the most of this opportunity, it is vital that we present a clear position Government, and to all Australians, about what we see as the way forward and a clear vision for our place in this nation.

“We have a strong desire to better the lives of our peoples and to walk together on the same footing with our fellow Australians.

“What happens after this meeting will determine whether this vision is shared by all Australians.”

The Uluru National Convention is the last in a series of dialogues between Aboriginal and Torres Strait Islander peoples, organised by the Referendum Council and held around Australia between December 2016 and May 2017.

Convention participants hope to reach broad agreement on whether and how to recognise Indigenous Australians in the Constitution.

The Referendum Council is due to report to the Prime Minister and Leader of the Opposition by 30 June 2017. However, the Federal Government has not yet articulated a process to implement Uluru Convention decisions or Referendum Council recommendations.