Uluru Statement calls for First Nations’ voice in the constitution 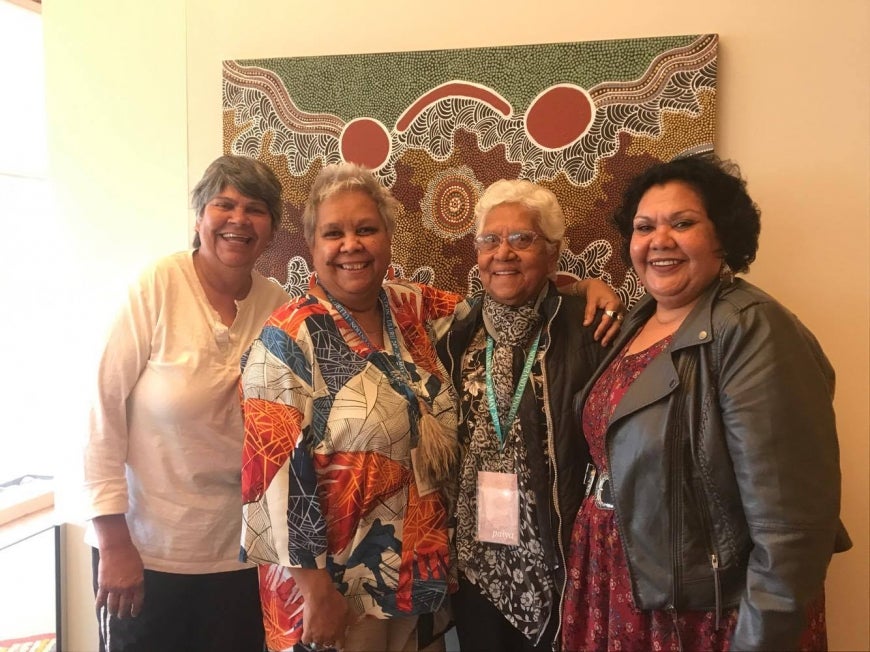 To resounding applause, Aboriginal and Torres Strait Islander delegates from across the country have agreed to a landmark Uluru Statement calling for the establishment of a First Nations’ voice enshrined in the constitution.

"We, gathered at the 2017 National Constitutional Convention, coming from all points of the southern sky, make this statement from the heart.

"Our Aboriginal and Torres Strait Islander tribes were the first sovereign Nations of the Australian continent and its adjacent islands, and possessed it under our own laws and customs.

"This sovereignty  is a spiritual notion ... it has never been ceded or extinguished , and co-exists with the sovereignity of the Crown.

"With substantive constitutional change and structural reform, we believe this ancient sovereignty can shine through as a fuller expression of Australia's nationhood.

"We seek consitutional reforms to empower our people and take a rightful place in our own country.

"When we have power over our own destiny our children will flourish. They will walk in two worlds and their culture will be a gift to their country.

"We call for the establishment of a First Nations Voice enshrined in the Constitution.

"Makarrata is the culmination of our agenda: the coming together after a struggle. It captures our aspirations for a fair and truthful relationship with the people of Australia and a better future for our children based on justice and self-determination.

"We seek a Makarrata Commission to supervise a process of agreement-making between governments and First Nations and truth-telling about our history...," the statement says and "... we invite you to walk with us in a movement of the Australian people for a better future."

The historic Uluru Convention was the last in a series of dialogues organised by the Referendum Council, bringing together hundreds of Indigenous people from communities around Australia to discuss constitutional reform.

Aboriginal and Torres Strait Islander Social Justice Commissioner June Oscar was present at the three-day event and she provided the Convention's opening remarks.

The Commissioner endorsed the Uluru Statement and said having a First Nations’ voice in the constitution will enable Aboriginal and Torres Strait Islander peoples greater power over their lives, ensuring future generations of Indigenous Australians can flourish.

Commissioner Oscar said the dialogues were enriched by the experience, skills and talents shared by delegates and participants.

“The dialogues have brought together people of all ages, some of whom were engaged in the initial 1967 Referendum process 50 years ago.

“In so many ways, we have benefited from the energy, dedication and generosity of established and emerging leaders from regional Australia, from community organisations and from national organisations.

“Delegates have expressed diverse views throughout these discussions. Nevertheless, we have overwhelming support for substantive change.”

Commissioner Oscar also acknowledged the significant work of Referendum Council Co-Chair Pat Anderson and her colleagues in achieving a broad consensus on the proposal for change.

“This is just the beginning,” Commissioner Oscar said.

“Aboriginal and Torres Strait Islander peoples have devoted a significant amount of time to these discussions over many years, in fact, over generations.

“This movement for change has been a long conversation for our peoples. We hope that the nation will recognise this and acknowledge constitutional change needs to occur.”

Delegates will now work through options to take the reform proposal to Government and the Australian people.