Commission to send seven young Australians with disability to the UN

And, I'm excited to be involved with this event.

Where a delegation of young people from non-government organizations, is taking part in the Conference of States Parties.

The Conference of States Parties is a United Nations event.

Where all the countries who have signed up to the Disability Convention, meet and talk about progress.

The government funds participation by people with disabilities at international conferences.

And the Human Rights Commission administers those funds.

And this year, we've decided to send seven young people from Australia, under the age of 30, who are involved in the disability sector, from their non-government organizations, to attend this activity in New York.

And we have a very excited group of young people who'll be going.

>> My name is Cashelle Dunn and I am 24 years old and I'm from Melbourne.

And I am from the northern New South Wales town of Lismore.

>> My name is Desiree Johnston. I am 27 years old, and I come northern Tasmania.

I am 28 years old and I am from Sydney, New South Wales.

>> My name's Lauren Henley, I am 28 years old, and I am from Melbourne, Victoria.

And, I've worked with CRS Australia doing presentations and, just secretary work for them.

>> I'm a strong advocate for social justice in the disability field.

I currently work for South Australia PWDs. But I want to get more involved in social justice side of things.

I am most passionate about regional and rural disability services.

I believe we need more.

And I would like in the future to focus on Aboriginal communities with disabilities.

>> My involvement in the disability sector so far has been as the chair of the Australian Hearing and Pediatric Programs Advisory Committee.

And, within that, I look after, chairing a team of clients, young adult clients, and parents.

And we look at how we can best improve the services delivered by Australian Hearing.

As well as that I've had a strong involvement as someone personally living with a disability, and ensuring that people within my local
community know and understand how to treat people with a hearing impairment.

>> Well, originally I started in 2007 in a disability organization called Speak Out.

I was on the members exec for probably two and a half years.

And then, now I have become president of Speak Out.

Speak Out is for those with intellectual disabilities. However, people with physical disabilities do come and attend,it's, it's really great.

We just get together and talk about what's going on or anything that's coming up.

>> I started as a member of the New South Wales Youth Advisory Council.

That's what actually got me into making systemic change and being part of of I guess, making a difference and getting that equity for, for young people and for
people with disability. I've also been working with the Multicultural Disability Advocacy Association and the National
Disability Ethnic Alliance.

And and we we aim to promote, protect and secure the rights of people from non-English speaking backgrounds or culturally and linguistically
diverse background in disability, their families and carers.

>> I became blind in 2006 after a motor vehicle accident.

And after that point, it sort of prompted me to think about a lot of the barriers facing people with a disability. So I started advocacy.

I was elected into a voluntary position with Blind Citizens Australia, one of the local branches in Newcastle.
And I was president there for a couple of years before I got a paid advocacy position with BCA.

I did three years in that role. So it was systemic and individual advocacy work. And more recently I've moved in to the role of National Policy Officer.

>> Well I was diagnosed with Asperger's when I was 13.

It was only the last couple years that I've become actively involved in the sector.
From numerous things like going to the Asia-Pacific Autism conference in Adelaide last year.
And also doing a public speaking and, some mentoring and consultancy advice.

>> It's really important to develop strong and continuing leadership in the disability sector.

And, as an older leader, I and my colleagues in the sector are very conscious of achieving succession to the younger leadership.

At the same time, they'll be able to take part on behalf of Australia's non-government organizations, in putting the views of the disability sector forward at the conference.

>> I believe it will give me a stepping stone into achieving getting awareness across for social justice in disability.

I believe it's something that is crucial that should be addressed across police and court systems.

For rural and regional, I believe that it should be, also be a gateway into tackling Aboriginal youth justice.

Particularly with Aboriginal youth that have disabilities.

I'm most keen on, yeah, being able to enter social justice in the disabilities-side start a new, yeah, road.

So the fact that I'm representing WWDA is really important to me, and going over there and experiencing what it's like to be at the CRDP and everything that's involved with that will will really have a big effect on I guess everything to do with my future and understanding everything that has to go with that.

>> Out of this whole experience, I hope to broaden my knowledge of disability policies. Rights that we're entitled to as disabled people.

And, also, to generally broaden my scope of what is happening worldwide. And to also come away with a better understanding of how we can take the the disability convention from the U.N. and implement it here in Australia.

>> Speak Out is for those with intellectual disabilities, however people with physical disabilities do come and attend. It's, it's really great. We just get together and talk about what's going on, or anything that's coming up.

>> Fantastic, and what do you hope to achieve out of the COSP in New York?

>> Well, I hope to hear, like, new ideas of other parts of the world.
As this will be like a world conference thing. like, what, what they do in their part of
the world. How we can probably learn from them. You know, the rights and laws they have over there.

So, yes, that's what I really hope to learn from there.

>> Look, I just think it's just such an awesome opportunity to just really see the Convention coming to life in, in this global, you know, context. In this international context.

And having the opportunity to go with the  Australian delegation, who have so much knowledge and experience.

I'm just gonna take it all in and you know, I really, I'm just so excited.

>> It's a fantastic opportunity, and it's, it still doesn't feel real, I don't think.

I guess for our organization specifically, one of the barriers we have is we have an aging membership, and it's often hard to attract younger people.

And I think by me sort of demonstrating that you can, you know, get out there and be an effective advocate and do things like this
and achieve things then hopefully it might attract more of a younger membership.

But it will also help us to build links internationally and really build up networks with other people
within the disability sector.

And I think it will enhance my knowledge of the UNCRPD and the ways in which we can use that in our own
advocacy and policy work.

>> In regards to New York, I think autism being the highest growing disability at the moment, there needs to
be more of a focus on that.

And being able to share my personal stories, I think, will be good, in regards to how the UN can help
with that.

And being able to take some of their advice home and sharing within the autism community as well.

>> I'm sure that these young people will come back from this conference better equipped to
represent the disability sector in Australia. 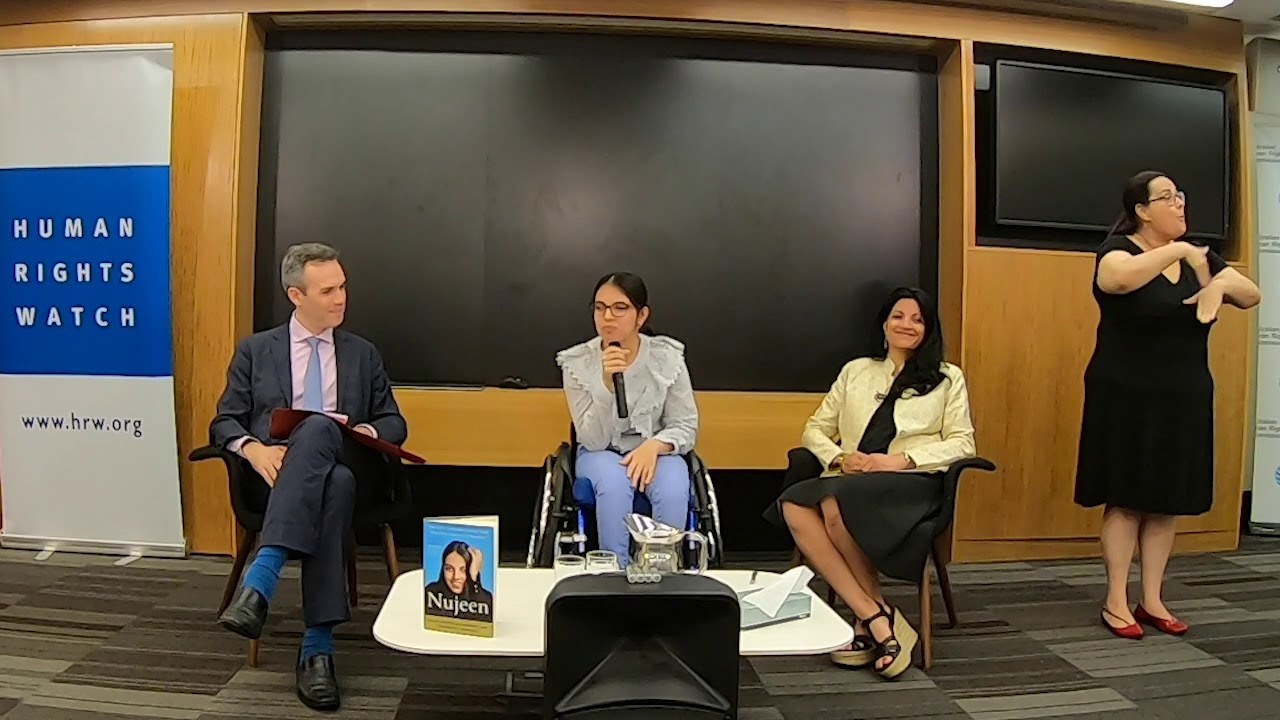 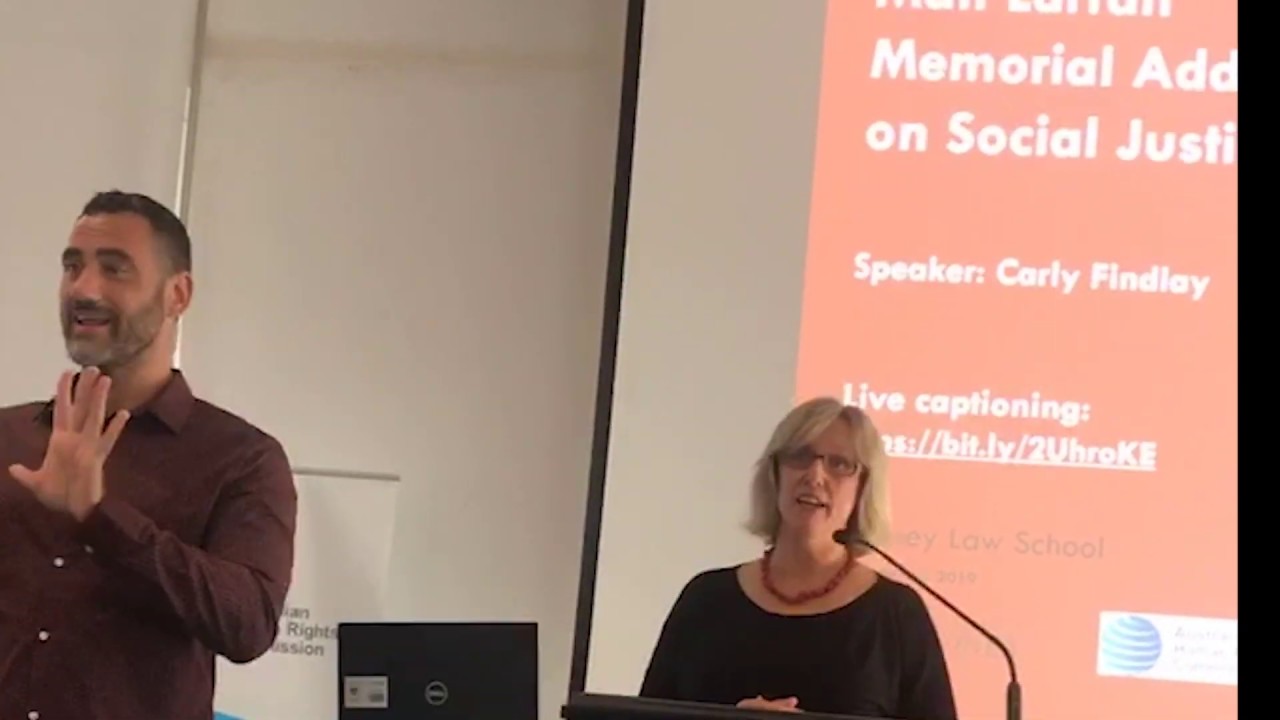 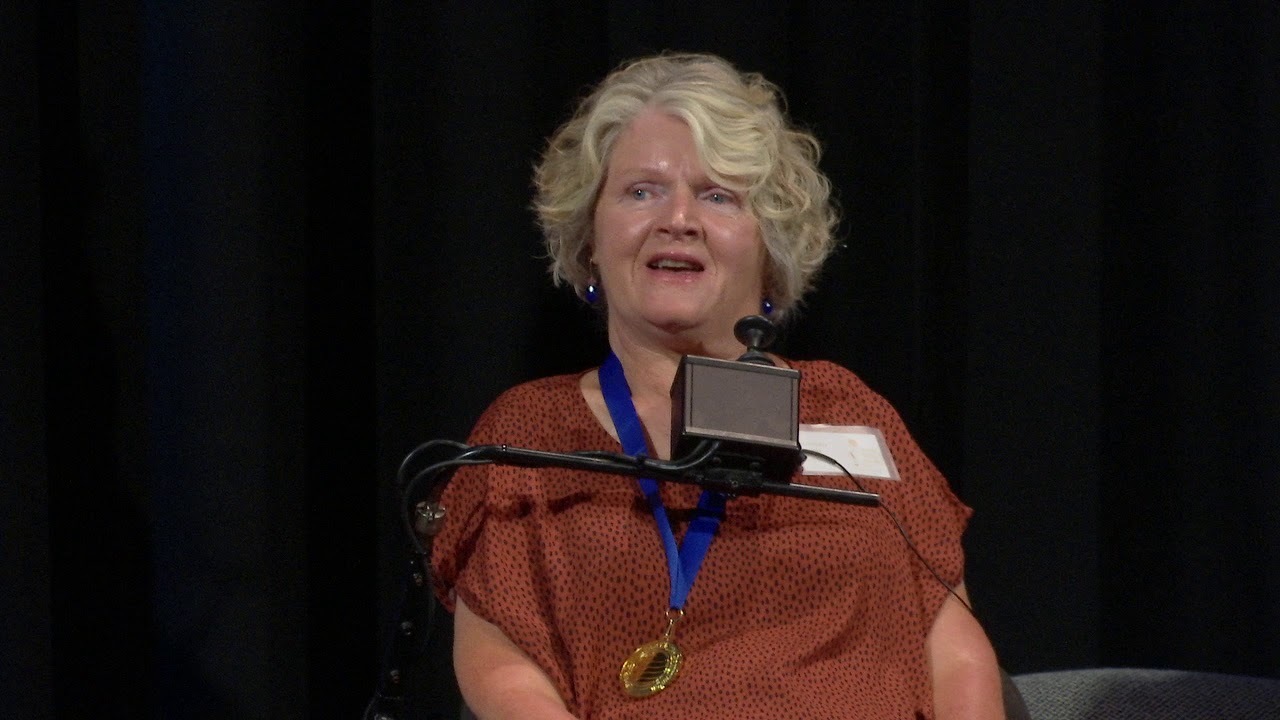