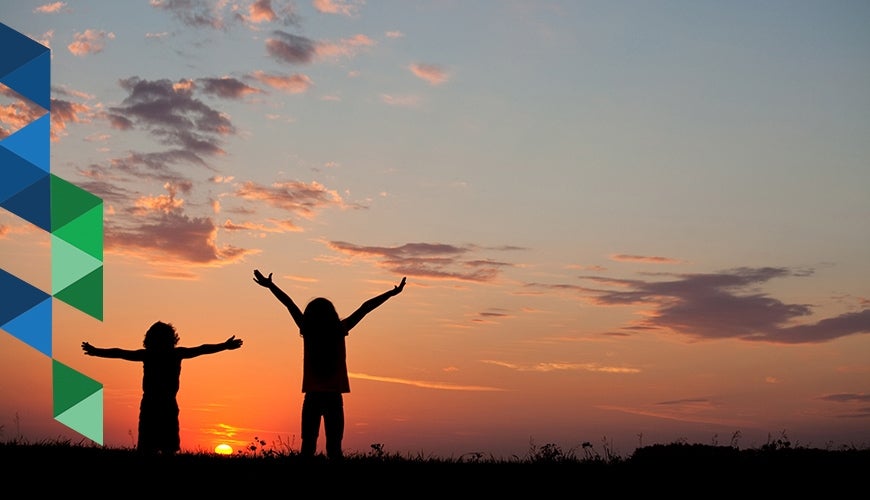 It is time for us to talk about the Australia that we want to live in, and how we want our rights and freedoms protected. There are great opportunities ahead for human rights protection in Australia, but also great challenges. How do we balance competing rights in a complex legal landscape? How do we keep improving protections for vulnerable Australians? How do we find common ground on human rights in a diverse Australia?

The Free and Equal conference is the centrepiece of a national conversation and once-in-a-decade event. It will take stock of themes emerging from Australian voices and allow us to hear from human rights experts, industry and community leaders on how we can advance human rights into the 21st Century.

The conference was held at the Hyatt Regency Sydney on Tuesday October 8.

This conference is the centrepiece of our major project for 2019-2020 where we aim to host an Australian conversation on human rights. We invite you to take part in this national conversation and have your say on the Australia that you want to live in.

Discussions papers for this project are available.

The submissions process for this project has now closed.

In September 2018 Michelle Bachelet assumed her functions as the United Nations High Commissioner for Human Rights. Ms Bachelet was twice elected President of Chile and was the first female in that office. She also served as Health Minister as well as Latin America’s first female Defence Minister. She has worked closely with many international organisations, and in 2011 she was named the first Director of UN Women.

The Commission will release a roadmap for national human rights reform in mid-2020.

ADVANCE AUSTRALIA WHERE? INDIGENOUS AUSTRALIA IN THE 21ST CENTURY

UNITY IN DIVERSITY: CAN HUMAN RIGHTS BE OUR COMMON GROUND?

FREEDOM TO VS FREEDOM FROM: BALANCING COMPETING RIGHTS

LOOKING TO THE FUTURE

Where the conversation can take us from here: Prof. Rosalind Croucher AM

What the next steps are in the national conversation on human rights in 2019.

In September 2018 Michelle Bachelet assumed her functions as the United Nations High Commissioner for Human Rights. Ms Bachelet was twice elected President of Chile and was the first female in that office. She also served as Health Minister as well as Latin America’s first female Defence Minister. She has worked closely with many international organizations, and in 2011 she was named the first Director of UN Women. Emeritus Professor Rosalind Croucher AM is President of the Australian Human Rights Commission. Rosalind commenced her seven-year term as Commission President on 30 July 2017. Prior to joining the Commission, Rosalind was President of the Australian Law Reform Commission (2009–2017) and Commissioner (2006–2009), where she led a number of significant law reform inquiries, including on Client Legal Privilege, Secrecy Laws, Family Violence, Discovery, Age Barriers to Work, Disability Laws, Encroachment on Freedoms in Commonwealth Laws and Elder Abuse. As President she also oversaw inquiries such as Native Title, Copyright and Serious Invasions of Privacy. DR JULIA BAIRD is a journalist, broadcaster, columnist and political commentator. She currently hosts The Drum on ABC TV. She is a columnist for the Sydney Morning Herald and the New York Times. She has a PhD in history and is a former fellow at the Joan Shorenstein Center on Media Politics and Public Policy at the Kennedy School, Harvard, and spent several years working in New York as a columnist and deputy editor of Newsweek . In 2016, she published Victoria, her critically acclaimed biography of Queen Victoria. Hakeem al-Araibi is a former Bahraini national footballer, currently playing for Pascoe Vale Football Club in Melbourne in Victoria, Australia. Since 2011, Hakeem has spoken out against torture and other rights abuses in Bahrain. In 2014 he fled Bahrain after being unjustly convicted of vandalizing a police station, a crime that took place while he was playing football in a televised game. He has since been granted refugee status in Australia and subsequently gained Australian citizenship in March 2019.

In December 2018, he went to Thailand with his wife for their honeymoon, but at the Bangkok airport was detained after Bahrain authorities issued an illegitimate INTERPOL “red notice” for his arrest. The 25-year-old footballer was released from a Thai prison in February 2019 after 76 days of incarceration. Today he works for Football Victoria as a Community and Human Rights Advocate. George Williams AO is Dean at UNSW Law. He has written and edited 36 books on human rights and constitutional law, and has appeared as a barrister in the High Court in many human rights cases. He chaired the inquiry that brought about the Victorian Charter of Human Rights and Responsibilities and is a columnist for The Australian. Brooke Boney is one of the emerging stars on Australian television. She earned her big break on national youth radio station Triple J as the news presenter for Ben and Liam’s breakfast show. In January she was announced as the Today Show’s new entertainment reporter. Embracing her Indigenous culture, Boney is igniting discussion around indigenous affairs across the country. Professor Mick Dodson AM is a member of the Yawuru peoples – the traditional owners of the southern Kimberley region of Western Australia. Born in Katherine in the Northern Territory and educated in Katherine, Darwin and Victoria, Prof. Dodson was named Australian of the year in 2009 and recently took up a 3 year appointment as the Northern Territory Treaty Commissioner. Craig Foster is a former Socceroo captain and is one of the most respected broadcasters, commentators and contributors in the history of the game in Australia. Craig is a refugee and human rights ambassador with Amnesty, sits on the Australia Committee for Human Rights Watch, Advisory Board of the Australian Institute of Human Rights, UNSW and the Australian Multicultural Council, Federal Government. Nyadol arrived as a refugee in 2005. She is a lawyer, community advocate, media commentator and writer. In 2018 Nyadol received the Australian Human Rights Commission’s Racism. It Stops With Me Award, the Harmony Alliance Award for significant contribution to empowering migrant and refugee women, and co-won the Tim McCoy Prize for her advocacy on behalf of the South Sudanese Community. Sam Mostyn has a diverse career spanning business, sport, sustainability & inclusion, government, international development, the arts and philanthropy. Trained as a lawyer, she worked for Justice Michael Kirby, and was an adviser to the former PM Paul Keating. During her career, Sam has worked to bring greater collaboration across sectors, incorporating sustainability principles into business, and advocating strong stewardship of organisations & institutions. She currently serves as a Chair and Non-Executive Director across a number of corporate and NFP organisations. Teela Reid is a proud Wiradjuri and Wailwan woman, lawyer and activist born and raised in Gilgandra western NSW. She is a solicitor with experience practicing in criminal, civil and administrative law. Teela was involved as a working group leader on s 51(xxvi), the Races Power, in the Constitutional dialogue process that culminated in the Uluru Statement from the Heart.

Teela commenced her professional career as a high school PE teacher. She then completed her postgraduate Juris Doctor from UNSW Law Sydney and was named on the UNSW Law Deans Women of Excellence List. Upon graduation, Teela was appointed tipstaff to her Honour Justice Lucy McCallum of the NSW Supreme Court.

Teela was the first Aboriginal person to be elected on the UNSW Law Society as Vice-President (Social Justice), where she was the founding director of the UNSW Law First Peoples Moot. She was also the Inaugural recipient of the NSW Indigenous Barristers Trust award. Previously, Teela was Australia’s Female Indigenous Youth Delegate to the United Nations Permanent Forum in New York that inspired her journey to become a lawyer.

In 2017, Teela was selected to attend Harvard University as a global Emerging Leader. On her return to Australia, Teela fearlessly took former Prime Minister Turnbull to task on Q&A after his dismissal of the Uluru Statement from the Heart. Elected as first woman Independent MP to Federal Parliament, in 2018, Cathy is a community worker, activist and advocate for women's rights, particularly in rural and regional Australia. She was national president of Australian Women in Agriculture and a partner in the establishment of the largest agricultural organisation in PNG - PNG Women in Agricultural Foundation. In 2019, she was the lead in tabling a private members bill to establish a National Integrity Commission. Catherine Branson is Chair of the Board of the Human Rights Law Centre and Deputy Chancellor of The University of Adelaide. During her career she has practiced as a solicitor and barrister and held the positions of President of the Australian Human Rights Commission, Human Rights Commissioner, Crown Solicitor of South Australia and CEO of the Attorney-General’s Department (SA). Finishing her terms as Age Discrimination and Disability Commissioner at the Australian Human Rights Commission in July 2016, Susan Ryan has since become a freelance advocate for the rights of older people. During her career she has held positions in the superannuation industry and was the first woman to hold a cabinet post in a federal Labor Government. Helen Milroy is a descendant of the Palyku people of the Pilbara region of Western Australia but was born and educated in Perth. Currently she is a Consultant Child and Adolescent Psychiatrist, Professor at The University of Western Australia and Commissioner with the National Mental Health Commission. Helen has been on state and national mental health and research advisory committees and boards with a particular focus on Indigenous mental health as well as the wellbeing of children. From 2013-2017 Helen was a Commissioner for the Royal Commission into Institutional Responses to Child Sexual Abuse. In 2019, she was appointed as a Commissioner with the Australian Football League. Eliza Hull is a disability advocate, and producer of the ABC series 'We've Got This’ about parenting with a disability. Recently Eliza produced a Radio National series on disability & relationships, and is currently producing an ABCME TV episode, about a child with achondroplasia. Eliza is the Access and Inclusion Coordinator at Arena Theatre, and is a proud disabled woman. Marlee Silva is a 24 year old Kamilaroi and Dunghutti woman from Sydney. She’s a specialist Indigenous consultant for Cox Inall Ridgeway, a writer and the founder and of Tiddas 4 Tiddas, a social media and podcast based empowerment network dedicated to celebrating Indigenous women and girls. Aisheeya is a 16-year-old student striving to unite the political divide on climate action in Australia. She is an avid advocate for women, people of colour, Muslims and youth empowerment. As a media spokesperson for School Strike 4 Climate Action, she has represented the movement both nationally and internationally while lobbying for societal and legislative change in Australian communities. Emily Dash is an actor, writer, speaker, producer and disability advocate. Through her work in theatre and screen, she places an emphasis on social justice and expanding perceptions of disability. Selected works include her films “I Am Not A Work of Art” (2015) and “The Cards I’m Dealt” (2016), and her debut independent play “Freefall” (premiere August 2019). Franklin Hooper is a 19-year-old university student at ANU, UNICEF Young Ambassador, CEO of Keep Talking and LGBTQIA+ activist. Franklin grew up in Katherine in the Northern Territory and started Keep Talking there when he was 17 to provide support to other young LGBTQIA+ people living in the Katherine region. Since then he has campaigned for the rights of LGBTQIA+ young people around Australia
SHARE