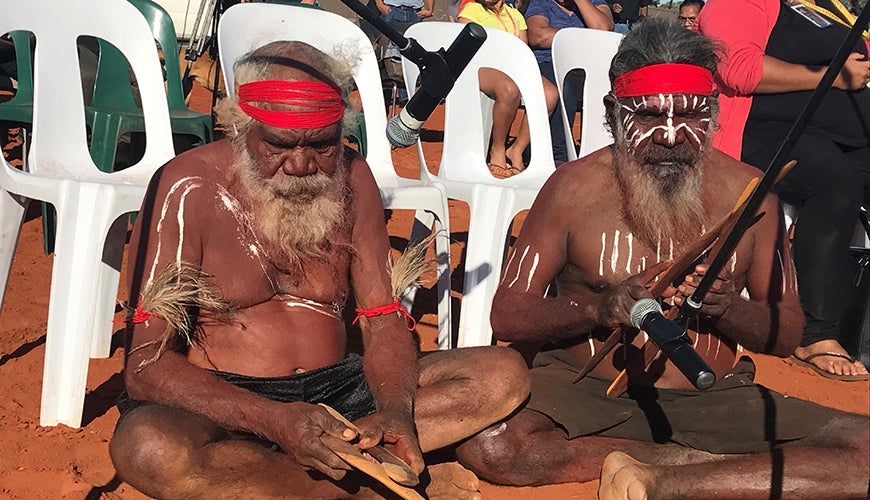 Commissioner Oscar joined with former Commissioners Mick Gooda and Professor Tom Calma on the final day of hearings of the Joint-Select Committee on constitutional recognition to present a pathway forward.

Commissioner Oscar told the committee that it’s time to move beyond the discussions and the political stalling of the last 25 years, and to begin robust negotiations between Indigenous Australians and the Australian Parliament.

“Over the past 25 years, we have all outlined options for addressing the unfinished business of reconciliation and delivering social justice for Indigenous Australians.

“Throughout our terms, as Social Justice Commissioners, there have been four actions that have continually been raised as necessary, systemic reforms to address human rights concerns facing our communities:

“We see this committee as critical in moving beyond the identification of potential options to a pathway for achieving them,” Commissioner Oscar said.

The joint submission lays down a four step process which includes a new Aboriginal and Torres Strait Islander Peoples Recognition Act to set out the framework for participation of Indigenous peoples and negotiating unfinished business.

It calls for a 5 year commitment from the federal Parliament to achieve constitutional reform and recommends a regular parliamentary motion to hold parliamentarians to account on whether they support removing racism from the Constitution.

The Commissioners are also seeking a negotiation process between parliamentarians, the government and Aboriginal and Torres Strait Islander peoples to finalise the wording of constitutional recognition.

“We must establish a Truth and Reconciliation Royal Commission, establish and constitutionally enshrine a national Voice, and develop strong accountability mechanisms and allow Aboriginal and Torres Strait Islander participation in Senate Estimates processes.

“Measures such as these are critical if this country is to make good on its commitments under the United Nations Declaration on the Rights of Indigenous Peoples to provide Aboriginal and Torres Strait Islander peoples with freedom from discrimination, as well as self-determination, participation in decision-making, and the protection of our language and cultures.

“We encourage this Committee to be bold and determined in setting in motion this pathway forward, so we can ensure that Aboriginal and Torres Strait Islander peoples have the rightful place we deserve in this nation. In taking these steps we should be represented in all policy matters that affect us, and be at the decision-making table when it comes to realising a future reconciled Australia,” Commissioner Oscar said.