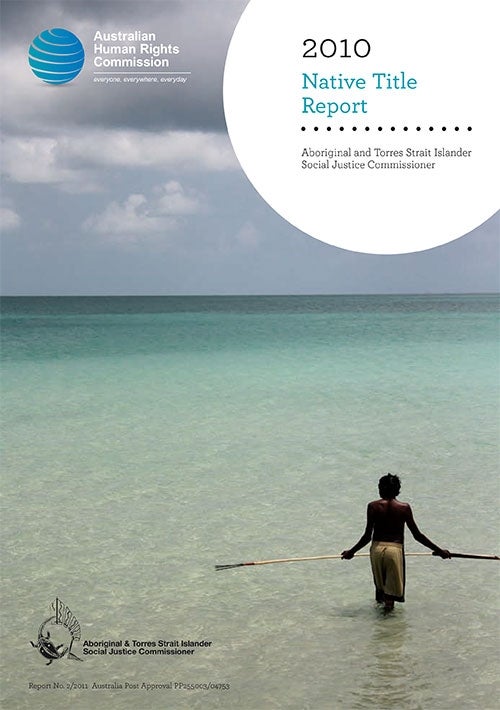 I have also used this opportunity to examine the enjoyment and exercise of human
rights by Aboriginal and Torres Strait Islander peoples in light of other changes
to policy and legislation made during the Reporting Period. I have done so in
accordance with section 46C(1)(a) of the Australian Human Rights Commission
Act 1986 (Cth).

In the Report, I identify the priorities and issues in native title that I will focus
on during my term as Aboriginal and Torres Strait Islander Social Justice
Commissioner.

I also analyse the Australian Government’s reforms, and proposed reforms, to
promote agreement-making within the native title system.
Finally, I consider steps that can be taken to improve government consultation
processes concerning matters that may affect our lands, territories and resources.