Statement
from the President

I am delighted to present my first statement as President
of the Human Rights and Equal Opportunity Commission. Much of what is
reported in this volume occurred before I took up my appointment. The
last twelve months have been a time of challenge and success for the Commission
as it continues the important task of promoting and protecting the observance
of human rights in Australia.

My first duty is to acknowledge the extraordinary contribution
to this Commission by the former President, Professor Alice Erh-Soon Tay.
Professor Tay was appointed in April 1998. She brought to the Commission
a lifetime of passion for education and a desire to provide practical
leadership in the field of human rights. She deftly guided the Commission
through a time of significant change, particularly with regard to the
changing nature of the Commission’s complaint handling role and
the transfer of the Commission’s hearing function to the Federal
Court and the Federal Magistrates Service. She also provided great focus
for the Commission’s education programs and its intervention and
amicus curiae functions before the courts.

The Commission is currently able to seek leave of a
court to intervene in cases that raise human rights or discrimination
issues. The role of the intervener is to provide specialist assistance
to the court, independent from the parties to a case. Since it was established
in 1986, the Commission has intervened in 35 cases. These include interventions
in cases involving family law issues, child abduction, the rights of refugees
and asylum seekers, sex and marital discrimination, native title and other
general human rights issues. The Bill would require the Commission to
obtain the Attorney-General’s consent prior to seeking leave to
intervene. In the Commission’s view, it is inappropriate that a
potential party to litigation – such as the Commonwealth –
should be able to exercise a ‘gatekeeper function’ in relation
to interveners.

More fundamentally, such a proposal is at odds
with the Commission’s role as an independent body, responsible for
monitoring and promoting Australia’s compliance with human rights
obligations accepted under international law.

A strong and independent national human rights
organisation is crucial to promote and protect fundamental values of fairness,
equality, tolerance and non-discrimination. The success and vitality of
the Commission is reflected in the fact that many other nations, particularly
those in the Asia Pacific region, have modelled their own national human
rights institution on the Commission.

I commenced my appointment as President of the
Human Rights and Equal Opportunity Commission in June 2003. It is with
a sense of deep privilege and commitment that I take up this position.
The promotion and protection of human rights, in one way or another, has
been a fundamental concern for me. I believe human rights are not a distant,
abstract concept. Rather my experience as a barrister and, later, as a
Judge has demonstrated time and again the fact that human rights are central
to the lives of all men, women and children in our society. In my time
with the Commission I shall strive to find practical and realistic solutions
to issues of discrimination and breaches of human rights.

Since its establishment, this Commission has
been actively engaged in assisting people find such solutions, including
through the resolution of individual complaints of discrimination and
by conducting substantial national inquiries. Today there remain many
challenges including in particular:

The mere statement that certain human rights
are not being fully enjoyed in these and other situations is a very hollow
exercise unless the whole community is prepared to acknowledge and recognise
those rights and encourage their protection. In times such as these, education
must be a key priority for the Commission to help people to understand
the human rights of others and their obligation to recognise them. We
can help people to understand that the assertion of human rights is not
an attempt to take something away from those that ‘have’,
but rather, it is an occasion to extend to those who ‘have not’
something that is theirs for the benefit of the whole community.

The Commission’s success in its educative
role can be seen through initiatives such as:

But education is much broader that that –
it involves raising questions of national importance and inviting people
to think more deeply about the issues at hand. This occurred, for example,
with the National Inquiry into Paid Maternity Leave and the National Inquiry
into Children in Immigration Detention – both major national inquiries.
It also occurred when the Commission intervened in the ‘Tampa’
case and the ‘IVF’ case.

The overview of the Commission’s functions
and the portfolio reports concerning:

contained in this Report show that the 2002–2003
year has been one of significant achievements.

I draw attention also to the role which the Commission
continues to play in the international arena, particularly in the Asia
Pacific region.

The strength and vitality of human rights institutions
in this region is demonstrated by the fact that full membership of the
Asia Pacific Forum of National Human Rights Institutions (the ‘APF’)
now numbers 12 countries. The Commission hosted the Forum’s Secretariat
since its inception in 1996. In March 2002, the Secretariat was established
as a fully independent entity – a move that will improve its ability
to support existing Forum members and encourage the development of national
institutions in other countries. 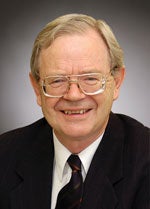 I look forward to working with the members and
staff of the Commission to build on the very excellent work that is being
carried on by them.