Leading the promotion and protection of human
rights in Australia by:

We do this by:

On 14 and 15 February 2008, HREOC held a planning
summit at Jones Bay Wharf, Pyrmont Point in Sydney, entitled HREOC21. The 21
refers to the number of years that have passed since HREOC was established by an
act of federal Parliament in 1986.

The summit was the culmination of an intensive
consultation process, which involved discussions with HREOC staff and with
external stakeholders, such as media, community organisations, educators and
government representatives. The objective of the summit was to initiate a
HREOC-wide strategic planning process by creating a refreshed vision for
HREOC’s future and a concrete plan of action that would make the vision
happen. 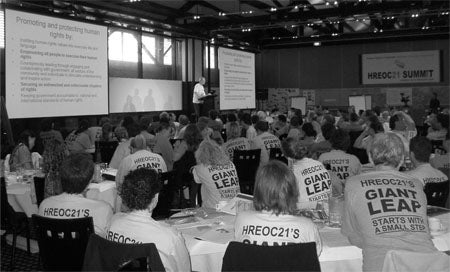 The HREOC21 Summit was attended by all HREOC
staff and 14 influential external participants from various stakeholder
areas.

The summit methodology used the Appreciative
Inquiry (AI) strengths-based approach to problem solving. This approach to
strategic planning has been used successfully in hundreds of small and large
organisations worldwide, including the United Nations. AI identifies the
‘positive core’ in people and organisations – their
capacities, capabilities, resources and strengths – to arrive at positive
solutions. By inquiring into success and achievements, new possibilities for
change, action and innovation are created – success is replicated and
there is energy for change. This approach can be contrasted with traditional
problem solving approaches which tend to focus on resolving problems and
conflicts.

There are three major outcomes for HREOC as a
result of the summit:

HREOC’s new vision and mission appear at
the beginning of this chapter.

HREOC is a national independent statutory body
established under the Human Rights and Equal Opportunity Commission Act
1986. It has a President and five Commissioners. The five positions are
currently held by three persons. 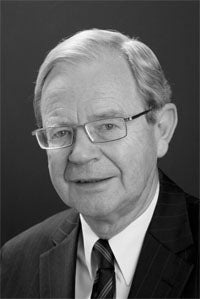 The Hon. John von Doussa was appointed President
of the Human Rights and Equal Opportunity Commission (HREOC) on 1 May 2003 for a
five year term. This appointment was extended until 8 September 2008.

From 1992 until shortly before his appointment he
was also a part-time Commissioner of the Australian Law Reform Commission. From
1986 to 1988 he was a Judge of the Supreme Court of South Australia.

In 1996 he was awarded an Honorary Doctorate of
the University of South Australia in recognition of his close involvement in the
organisation and provision of practical legal training for newly qualified
graduates in law in South Australia.

Since 1997 he has been a member of the Court of
Appeal of Vanuatu. In 2003 he was appointed a non-resident member of the Supreme
Court of Fiji.

On 26 July 2004 Mr von Doussa was appointed
Chancellor of the University of Adelaide. 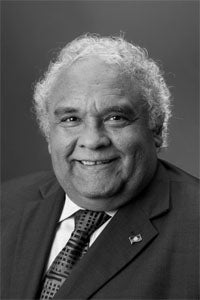 Mr Tom Calma was appointed as the Aboriginal and
Torres Strait Islander Social Justice Commissioner for a five-year term on 12
July 2004. He has been appointed Acting Race Discrimination Commissioner on an
annual basis since this time.

Mr Calma is an Aboriginal elder from the
Kungarakan tribal group and the Iwaidja tribal group, whose traditional lands
are south west of Darwin and on the Coburg Peninsula in Northern Territory,
respectively. He has been involved in Indigenous affairs at a local, community,
state, national and international level and worked in the public sector for over
35 years. Mr Calma has broad experience in public administration, particularly
in Indigenous education programs, and in developing employment and training
programs for Indigenous people from both a national policy and program
perspective.

He served three terms as a Director of Aboriginal
Hostels Ltd and as a Company Director for a private tourism and hospitality
venture in the Northern Territory.

Until his appointment as Commissioner, Mr Calma
managed the Community Development and Education Branch at Aboriginal and Torres
Strait Islander Services (ATSIS) where he worked with remote Indigenous
communities to implement community-based and community driven empowerment and
participation programs. In 2003, he was Senior Adviser Indigenous Affairs to the
Minister of Immigration, Multicultural and Indigenous Affairs.

From 1995-2002, he worked as a senior Australian
diplomat in India and Vietnam, representing Australia’s interests in
education and training. During his time in India, he also oversaw the management
of the Australian international education offices in Pakistan, Nepal and Sri
Lanka.

He moved to Canberra in 1992 and undertook
various assignments, including Executive Director to the Secretary and Senior
Executive of the Department of Employment, Education, Training and Youth
Affairs.

In the early 1980s, Mr Calma and Indigenous
colleagues established the Aboriginal Task Force (ATF) at the Darwin Community
College (later, the Darwin Institute of Technology), which provided second
chance education programs for Indigenous people. He became a senior lecturer and
head of the ATF for six years.

Mr Calma is a White Ribbon Ambassador for 2005-07
and National Patron of Wakakirri, the National Story Festival, which is
Australia’s largest multi arts event.

(Mr Calma was appointed as the Race
Discrimination Commissioner on 2 July 2008). 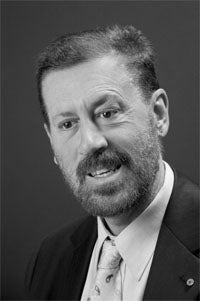 Lawyer, mediator and company director, Mr Graeme
Innes was appointed as Human Rights Commissioner on 15 December 2005 for a
five-year term. He has been appointed Acting Disability Discrimination
Commissioner on an annual basis since this time.

A human rights practitioner for over 25 years, Mr
Innes has worked in equal opportunity in NSW, WA, as well as nationally. He was
Deputy Disability Discrimination Commissioner with the HREOC from 1999 to
2005.

Mr Innes has been a Member of the NSW
Administrative Decisions Tribunal; the NSW Consumer, Trader and Tenancy
Tribunal; the Social Security Appeals Tribunal; and a Hearing Commissioner with
HREOC. He has been active in the disability field for 30 years. He was Chair of
the Disability Advisory Council of Australia for four-and-a-half
years.

Mr Innes has been one of Australia’s
delegates to the World Blind Union and the President of that Union’s Asia
Pacific region. He was also a member of the Australian delegation to the UN,
which developed the Convention on the Rights of Persons with
Disabilities.

Mr Innes has been a consultant to organisations
such as Westpac, Qantas, and Sydney Water on disability issues and was a
Councillor on Ku-ring-gai local Council.

In 1995 Mr Innes was admitted as a Member of the
Order of Australia (AM) for his contribution to the development of Commonwealth
disability discrimination legislation. He was a finalist for Australian of the
Year in 2003. 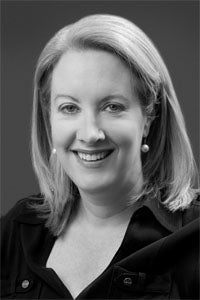 Prior to her appointment as Sex Discrimination
Commissioner and Commissioner responsible for Age Discrimination, Ms Broderick
was a partner at one of Australia’s leading law firms, Blake Dawson, and
developed the firm’s business case for flexibility in the workplace.

Her efforts contributed to creating a workplace
where more than 20 per cent of the law firm’s workforce now uses flexible
work arrangements.

She established the first Legal Technology Group
within a law firm in Australia and is widely recognised as a leader in the
delivery of on-line legal services to educate individuals about the
law.

More recently, she has travelled the length and
breadth of Australia listening to women’s and men’s concerns about
gender equality and age discrimination. In 2008, she was part of
Australia’s delegation to the United Nations for HREOC on the status of
women.

She has a particular interest in issues related
to gender equality, women in business, work and life balance and corporate
social responsibility. She is a regular speaker at international and domestic
conferences.

Ms Broderick is married and has two young
children.

HREOC is responsible for administering the
following Acts:

Functions performed under these Acts are vested
in HREOC as a collegiate body, in the President or individual members of HREOC
or in the federal Attorney-General.

Other legislation administered through HREOC
includes functions under the Native Title Act 1993, performed by the
Aboriginal and Torres Strait Islander Social Justice Commissioner. The Sex
Discrimination Commissioner has functions in relation to federal awards and
equal pay under the Workplace Relations Act 1996.

The Human Rights and Equal Opportunity Commission
Act established HREOC and outlines its powers and functions. Human rights are
strictly defined, and only relate to the international instruments scheduled to,
or declared under, the Act.

Its main aims are to:

The Sex Discrimination Act gives effect to
Australia’s obligations under the Convention on the Elimination of All
Forms of Discrimination against Women and certain aspects of the
International Labour Organisation (ILO) Convention 156.

Its main aims are to:

The objectives of the Disability Discrimination
Act are to:

The objectives of the Age Discrimination Act are
to:

In order to fulfil its obligations,
HREOC:

In order to carry out these functions, HREOC is
empowered under all its Acts (unless otherwise specified) to:

1.7 SPECIFIC FUNCTIONS OF THE PRESIDENT AND
COMMISSIONERS

In addition to the broad functions outlined
above, the President, the Aboriginal and Torres Strait Islander Social Justice
Commissioner and the Sex Discrimination Commissioner have specific
responsibilities.

The Aboriginal and Torres Strait Islander Social
Justice Commissioner, under the Human Rights and Equal Opportunity Commission
Act, prepares an annual report on the exercise and enjoyment of human rights of
Indigenous people and undertakes social justice education and promotional
activities.

The Commissioner also performs separate reporting
functions under the Native Title Act 1993. This includes preparing an
annual report on the operation of the Act and its effect on the exercise and
enjoyment of human rights of Indigenous people. The Commissioner also reports,
when requested by the Minister, on any other matter relating to the rights of
Indigenous people under this Act.

Section 46PV of the Human Rights and Equal
Opportunity Commission Act gives HREOC Commissioners an amicus curiae
(‘friend of the court’) function. The role of an amicus
curiae is to provide special assistance to the court in resolving issues
raised by the case and to draw attention to aspects of the case that might
otherwise have been overlooked.

The Attorney-General, the Honourable Robert
McClelland MP, is the Minister responsible in Parliament for HREOC. He has a
number of powers under the Human Rights and Equal Opportunity Commission Act
1986.

The most significant are:

HREOC has one outcome:

An Australian society in which the human
rights of all are respected, protected and promoted.

There is one output for the HREOC’s
outcome: