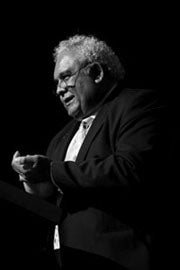 9.1 Statement
from the Commissioner

This report covers my final year as the Race Discrimination Commissioner, a
position I have occupied for five years alongside my position as the Aboriginal
and Torres Strait Islander Social Justice Commissioner.

Something that is often asked of me in these roles, particularly following incidents involving racial tension or attacks, such as the Cronulla riot or the attacks on Indian students, is ‘Is Australia a racist country?’ I find this an interesting question to ask in such situations, more because of what it tells me about those posing the question, than the response it elicits. What it appears to be asking for is some reassurance that, despite the reports, despite how it looks on the news, the fundamental values of tolerance and a fair go are still operating and are still matters over which we can feel national pride.

What I say to this question is ‘yes’, these values are still part of our social framework and are still matters over which we can feel some pride. But I also say that we cannot go on indefinitely relying on our recent history as a tolerant multicultural society to support our present self image as a tolerant country.

We have to renew our national commitment to racial equality and respect for diversity. We have to take an active approach to maintaining these values as fundamental to our relations with each other.

In my view, the answer to that question is ‘No’.

We have no national action plan to combat racism, no multicultural policy since 2006 and little political commitment to the ideals of multiculturalism and racial equality before that. These ideals now need to be reaffirmed and reinvigorated so that they can meet the new challenges that a culturally diverse society continues to present.What we need is a multilayered approach. In the short-term, we need to ensure the safety and security of those who are vulnerable to racially motivated hatred and attack. In order to secure their safety, we need to strengthen legal protections against serious racial vilification by making it an offence punishable by
law which, despite our international obligations, it currently is not. This issue was discussed at a forum hosted by the Commission in November 2008 entitled, Words that wound: freedom of speech and race hate speech in Australia. Participants in the forum also discussed the new manifestation of hate speech taking place on the internet.

The longer-term solution is to work at the community and policy level to promote respect and tolerance. For example, the Commission’s participation in the Sport, Race and Diversity Conference, affirmed the potential of sport as a vehicle for anti-racism activities and promotion. We also need to look at how the media represents the diversity of the Australian community and seek to promote standards that prevent the demonisation of particular groups. The Commission’s publication of Face the facts in 2008 provides extensive factual information that can assist in this regard.As part of a longer term strategy we also need to develop a policy framework to ensure that services such as education, aged care, housing and policing are delivered consistently with

respect and
tolerance. Reinvigorating our multicultural policy would provide benchmarks by which to evaluate these essential services against the human rights standards of equality and cultural diversity. Hand in hand with this policy development, we need further investment in social research which produces clear direction on where racism is occurring and how it can best be addressed. To this end the Commission is participating in the research being coordinated by the University of Western Sydney, entitled Constructing Regionally Appropriate Responses to Racism.

In the five years that I have been Race Discrimination Commissioner, little was done to maintain the infrastructure of tolerance and respect inherited from our previous national multicultural policies. Unless a concerted effort is made towards renewing this infrastructure, I’m afraid the next Race Discrimination Commissioner may not be able to give a positive response to the question of whether our fundamental values of tolerance and a fair go are still matters over which we can feel national pride. 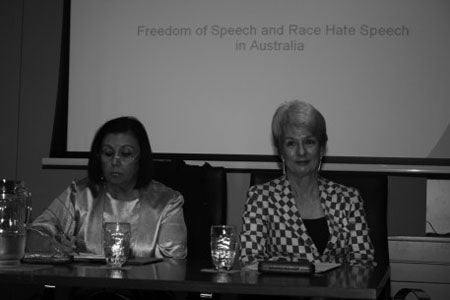 ...............
Author, Ms Hanifa Deen and Commission President, Catherine Branson QC were
two of the three featured speakers at the Words that wound: freedom of speech
and race hate speech in Australia seminar on 18 November 2008.

The project, which commenced in 2006 and is being conducted over four years, is coordinated by the University of Western Sydney. The research focuses on attitudes about race and peoples experiences of racism. Data has been collected through staggered national telephone surveys.

The purpose of this project is to:

Project data, racism typologies and anti-racism strategies will be available shortly on the University of Western Sydney website.

In 2008, the Commission launched the 2008 edition of Face the facts, a publication which provides answers to frequently asked questions regarding Aboriginal and Torres Strait Islander peoples, migrants, refugees and asylum seekers. The Commission also produced a teaching resource based on Face the facts, which is linked to curriculum requirements. Face the facts is an evidence-based publication that contains current statistical and policy data from a number of sources, including the Australian Bureau of Statistics. It is one of the Commission’s most requested resources and is used widely by teachers, students, non-government organisations and state and federal government departments. Face the facts is available online at: www.humanrights.gov.au/racial_discrimination/face_facts/index.html

The Roundtable meeting was held concurrently with the New Zealand Diversity
Action Program and the UNESCO Roundtable on Religious Diversity.

A number of agenda items were discussed at the meeting, including
developments in the Northern Territory Intervention, the Close the Gap Campaign,
climate change, media and racism, international students and discrimination as
well as the New Zealand Diversity Action Program model.

The Sport, Race and Ethnicity Conference: Building a Global Understanding,
was held from 30 November to 2 December 2008 in Sydney. The conference was
co-hosted by the Commission, the Department of Immigration and Citizenship and
the University of Technology, Sydney. It was attended by local and international
academics, athletes, diversity practitioners, sports administrators and
policymakers. Conference themes included:

As part of the conference
program, the Commission held a session that focused on persistent and emerging
issues regarding sport and racism in Australia.

On 18 November 2008, as part of its promotion of the 60th Anniversary of the Universal Declaration of Human Rights, the Commission
hosted a public seminar entitled Words that wound: freedom of speech and race
hate speech in Australia.

Participants in the forum focused on the relationship between the right to
freedom of expression and the right to non-discrimination on the basis of race
and religion, both at international law and within the Racial Discrimination
Act. Participants also discussed the new ways in which extreme forms of race
hate were being expressed, particularly through the language of care, including
care for the environment and care for national values. The forum attracted a
diverse audience including community members, legal practitioners, media workers
and government officers. 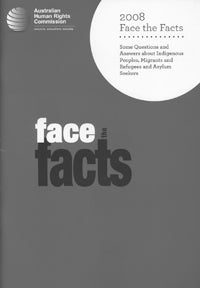 The Durban Review Conference took place from 20 to 24 April 2009 in Geneva,
Switzerland. The Commission was one of 39 National Human Rights Institutions
that attended the conference.

The Durban Declaration and Programme of Action (DDPA) and Outcome Document,
adopted at the Conference, provided a comprehensive framework for states, NHRIs
and civil society to work together to combat racism. For more information, see: www.un.org/durbanreview2009/ddpa.shtml.

The Commission participated in a number of events at the conference
including:

In 2005, COAG examined the emerging issues around Australia’s social
cohesion, harmony and security. This led the Ministerial Council on Immigration
and Multicultural Affairs to develop a national action plan, which builds on
recommendations and principles agreed between state and territory based Muslim
communities and other faith and community leaders.

,
Unlocking Doors and Living Spirit projects, referred to in earlier Annual
Reports), the Commission received funding from the Australian Government’s
four-year initiative to implement the National Action Plan to Build on Social
Cohesion, Harmony and Security.

As a result, in early 2007, the Commission established a new Education and
Partnerships Section as part of the Race Discrimination Unit. The role of the
section is to implement the Commission’s National Action Plan activity in
line with its functions through the Community Partnerships for Human Rights
Program.

The Commission, while broadly interpreting the National Action Plan and its
role under this program, has a particular focus on two areas. These are: working
with young Muslim Australians; and addressing issues related to law enforcement
and the administration of justice.

In its work with young Muslim Australians, the Commission is developing
education strategies and resources associated with civic responsibility,
discrimination and human rights and responsibilities. It is exploring arts and
culture as a means of positive engagement, and conducting research relevant to
issues relating to Muslim youth. The Commission is working with law enforcement
agencies across Australia to build their engagement with Muslim communities and
to help address discrimination and vilification that is targeted at Muslim
Australians.

The Commission is currently working on a wide range of innovative projects to
implement these initiatives and help build community capacity and social
inclusion. The Community Partnerships for Human Rights Program - Working with and for Muslim communities is active in a total of ten
areas, some of which have multiple sub-projects. It includes evaluation
processes and a community engagement strategy.

A summary of the Commission’s current Community Partnerships for Human
Rights Program projects are given below. Up-to-date information about the
projects can be read at: www.humanrights.gov.au/partnerships/projects.html. 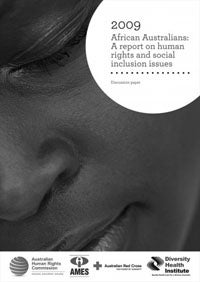 ...............
The African Australians project is the first national assessment, from a
human rights perspective, of the experiences and issues faced by African
communities in Australia. 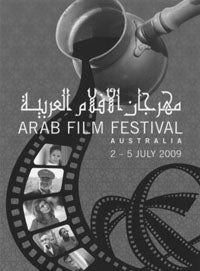 ...............
Held in Sydney in July, the Arab Film Festival is one of the Community Arts
and Culture Initiatives with Muslim Australians, supported by the Commission in
partnership with the Australia Council for the Arts. 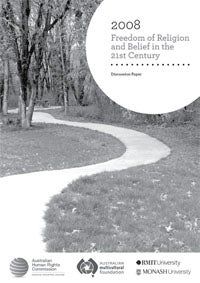 ...............
The Freedom of religion and belief in the 21st century discussion paper was
released on
17 September 2008. The Commission has partnered with the
Australian Multicultural Foundation, RMIT and Monash Universities on this
project.

The Commission is using the opportunities provided by the Community
Partnerships for Human Rights initiative to refocus on the critical issues that
relate to religious harmony. The human rights impacts of religious belief,
cultural practice and spirituality in a globalised world need to be closely
examined. The Commission is contributing to policy development and to
international reports on these issues.

For example, the Commission prepared a detailed report to the Office of the
United Nations High Commissioner for Human Rights on General Assembly resolution
62/154 on combating the defamation of religions, submitted July 2008 (www.humanrights.gov.au/partnerships/religiousdefamation/index.html)
and the Director of the Commission’s Education and Partnerships Section
attended inter-faith related seminars in Auckland, New Zealand, in August 2008;
in Brisbane in November 2008 (arranged by the Commonwealth Secretariat on
Respect and Understanding to review the Civil Paths to Peace report from
an Australia-Pacific youth perspective), and in Phnom Penh, Cambodia, in May
2009, to share the Commission’s experience in promoting community harmony
in a multi-faith, multicultural society.

Similarly, the Commission is using the opportunities provided by the
Community Partnerships for Human Rights initiative to focus on the critical
relationship between societal harmony, social inclusion, human rights,
‘race’-related discrimination and culture. For example, the
Education and Partnerships Section coordinated two submissions to the
Commonwealth Department of the Environment, Water, Heritage and the Arts,
supporting the ratification of two important international treaties: the UNESCO 2003 Convention for the Safeguarding of Intangible Cultural
Heritage (www.humanrights.gov.au/legal/submissions/2008/20081024_UNESCO.html)
and the UNESCO 2005 Convention on the Protection and Promotion of the
Diversity of Cultural Expressions (www.humanrights.gov.au/legal/submissions/2008/20081105_UNESCO.html).

The Race Discrimination Commissioner delivered a number of speeches during
the reporting period, a selection of which appear below. Full transcripts of the
speeches are available on the Commission website at: www.humanrights.gov.au/about/media/speeches/race/index.html.

Like Oil and Water? The Intersection of Freedom of Religion and Belief
with Human Rights - Launch of the Freedom of religion and belief in
the 21st century discussion paper, Canberra, 17 September
2008.