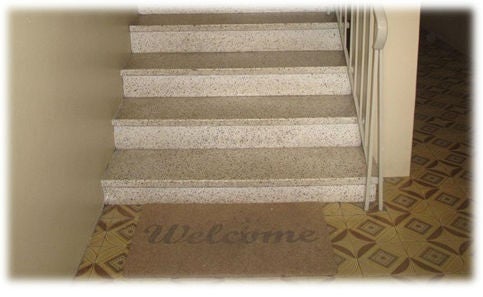 There are alternatives to Australia’s system of mandatory, indefinite immigration detention that allow for the protection of the community from identified risks, while at the same time ensuring that people are treated humanely and in line with internationally accepted human rights standards. The Commission has long advocated for greater use of these alternatives to holding people in closed immigration detention facilities.

What are the alternatives to holding people in closed immigration detention?

Bridging visas are temporary visas that allow a person to live freely in the community while their immigration status is resolved.

More recently, the Australian Government has been releasing asylum seekers who are liable to transfer to a third country  into the Australian community on bridging visas, but without the right to work. The Commission welcomes the increased use of bridging visas for asylum seekers, but is concerned about the consequences of prohibiting people living in the community from working to support themselves and their families. For more information, see this factsheet.

Why should the Australian Government use alternatives to closed detention?

Prolonged and indefinite detention in secure facilities can have a devastating impact on the health and wellbeing of detainees, and can lead to breaches of Australia’s international human rights obligations.

During visits to immigration detention facilities over many years, people in detention have repeatedly told the Commission of the psychological impacts of their prolonged and indefinite detention including feelings of anxiety, hopelessness, powerlessness and thoughts of self-harm or suicide.

Australia has binding international obligations under the International Covenant on Civil and Political Rights and the Convention on the Rights of the Child to ensure that no one is subjected to arbitrary detention. To avoid being arbitrary, detention must be necessary and reasonable in all the circumstances of the case, and a proportionate means of achieving a legitimate aim. If that aim could be achieved through less invasive means than detaining a person, their detention will not be proportionate.

The Australian Government is therefore required under international law to consider other arrangements for people before resorting to placing them in closed detention facilities. Each person should be individually assessed to determine whether it is necessary to hold him or her in a closed detention facility. Unless people pose an unacceptable risk to the Australian community and that risk cannot be met in a less restrictive way, they should be permitted to live in the community while their immigration status is resolved.

What are the benefits of using alternatives to closed detention?

There are practical benefits to using alternatives to closed immigration detention. For example, it is quicker, easier and cheaper to process asylum seekers’ claims for protection when they are living in the community in or near metropolitan areas.

Also, effective community arrangements allow for an easier transition to life as an Australian resident for people who are granted protection. In addition, people who are found not to be owed protection have been shown to be more willing and able to return to their countries of origin when they have been living in the community than when held in closed detention.

Further, community arrangements give rise to fewer risks to the mental health, safety and wellbeing of people, which means they are likely to lead to lower rates of suicide and self-harm, and fewer claims for compensation.
There are also very low rates of absconding from community arrangements. For more information see section 11 of the Commission’s report on its visit to the Curtin Immigration Detention Centre in 2011.

What work has the Commission done regarding alternatives to detention?

For further information, see the Commission’s work listed below: