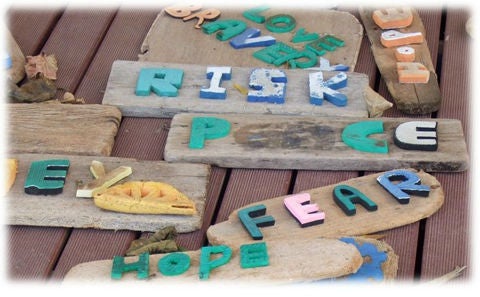 Over the last decade the Commission has worked to promote and protect the rights of asylum seekers and refugees in Australia. The Commission aims to provide clear, factual information to highlight the human rights issues involved in the treatment of these groups of people.

Who are asylum seekers and refugees?

An asylum seeker is a person who has fled their own country and applied for protection as a refugee.

The United Nations Convention relating to the Status of Refugees, as amended by its 1967 Protocol (the Refugee Convention), defines who is a refugee and sets out the basic rights that countries should guarantee to refugees. According to the Convention, a refugee is a person who is outside their own country and is unable or unwilling to return due to a well-founded fear of being persecuted because of their:

Asylum seekers or refugees and migrants have very different experiences and reasons for moving to another country. Migrants choose to leave their home country, and can choose where to go and when they might return to their home country. Asylum seekers and refugees, on the other hand, flee their country for their own safety and cannot return unless the situation that forced them to leave improves.

What are Australia’s human rights obligations in relation to asylum seekers and refugees?

Australia has international obligations to protect the human rights of all asylum seekers and refugees who arrive in Australia, regardless of how or where they arrive and whether they arrive with or without a visa.

While asylum seekers and refugees are in Australian territory (or otherwise engage Australia's jurisdiction), the Australian Government has obligations under various international treaties to ensure that their human rights are respected and protected. These treaties include the International Covenant on Civil and Political Rights (ICCPR), the International Covenant on Economic, Social and Cultural Rights (ICESCR), the Convention against Torture and Other Cruel, Inhuman or Degrading Treatment or Punishment (CAT) and the Convention on the Rights of the Child (CRC). These rights include the right not to be arbitrarily detained.

As a party to the Refugee Convention, Australia has agreed to ensure that asylum seekers who meet the definition of a refugee are not sent back to a country where their life or freedom would be threatened. This is known as the principle of non-refoulement.

Australia also has obligations not to return people who face a real risk of violation of certain human rights under the ICCPR, the CAT and the CRC, and not to send people to third countries where they would face a real risk of violation of their human rights under these instruments. These obligations also apply to people who have not been found to be refugees.

For an overview of the key human rights issues that arise from Australia’s approach to asylum seekers and refugees, see the Commission’s publication Asylum seekers, refugees and human rights: snapshot report 2013.

How many refugees does Australia grant permanent protection to each year?

The Australian Government has indicated that in the 2014-15 financial year, it intends to provide 13,750 places in the Humanitarian Program.

In addition, asylum seekers who arrived in Australia without a valid visa but are not transferred to Nauru or Manus Island may be granted temporary protection visas or safe haven enterprise visas.

Why are asylum seekers and refugees in immigration detention?

Asylum seekers may arrive in Australia without a valid visa or other documentation for a number of reasons. For example, a person who is fleeing persecution by the government of their country of origin might not be able to obtain a passport from officials in that country. Alternatively, a person fleeing persecution might travel without documentation to avoid being identified as they leave their country of origin in order to reduce the risk to themselves and their family.

Under the Migration Act 1958 (Cth) (the Migration Act), asylum seekers who arrive in Australia without a valid visa must be held in immigration detention until they are granted a visa or removed from Australia.

While the legal framework for mandatory detention remains in place, over the past few years, increasing numbers of asylum seekers have been permitted to reside in the community while their claims for protection are assessed, after spending an initial period in closed detention. The Commission has welcomed the increased use of alternatives to closed immigration detention such as community detention and the grant of bridging visas, but remains concerned that thousands of asylum seekers and refugees are still held in closed immigration detention facilities.

How are asylum seekers’ claims decided?

Asylum seekers who arrive in Australia with a valid visa

Asylum seekers who arrive in Australia on a valid visa and then apply for protection (i.e. as part of the onshore protection program mentioned above) have their claims assessed through the refugee status determination and complementary protection system that applies under the Migration Act.

The Department of Immigration and Border Protection (Department) will make a primary assessment as to whether the person is a refugee as defined by the Migration Act.

In some cases, a person may not be a refugee, but may nevertheless face significant human rights abuses, such as torture, if returned to his or her country of origin. If an asylum seeker is found not to be a refugee, the Department will assess whether he or she meets 'complementary protection' criteria – that is, whether he or she is owed protection under the ICCPR, CAT or CRC because if they were to be sent to another country there is a real risk they would suffer serious harm.

If a person is found to be a refugee or to be owed complementary protection, providing he or she satisfies health, identity and security requirements, he or she will be granted a protection visa.

People who are refused protection by the Department at the primary stage have access to independent merits review by the Refugee Review Tribunal (RRT), or in some circumstances the Administrative Appeals Tribunal (AAT). In some circumstances, they can seek judicial review of decisions made by the RRT or the AAT. In some exceptional circumstances they can seek Ministerial intervention to allow them to remain in Australia on other humanitarian or compassionate grounds.

Since August 2012 there have been a number of changes in law and policy in relation to what happens to people who come to Australia seeking asylum without a valid visa. What policies apply to these asylum seekers now depends on their mode of arrival, and on what date they arrived.

In August 2012, the Australian Government introduced a system of third country processing for asylum seekers who arrive in Australia by boat without a valid visa. Under this system, asylum seekers who have arrived by boat must be transferred to a third country as soon as is reasonably practicable unless the Minister for Immigration and Border Protection decides otherwise.

If asylum seekers who arrive unauthorised by boat after August 2012 are allowed by the Minister to remain in Australia, they are only able to apply for temporary protection visas or safe haven enterprise visas – they are not able to apply for permanent protection. How their applications will be processed depends on when they arrived in Australia. If they arrived on or after 1 January 2014, they apply through the refugee status determination and complementary protection system that applies under the Migration Act the same way as for asylum seekers who had a valid visa (ie with access to merits review by the RRT, etc).

However, asylum seekers who arrived unauthorised by boat between 13 August 2012 and 1 January 2014 and are permitted by the Minister to apply for a visa may be put through the new ‘fast track’ assessment process (introduced in April 2015).

Under the ‘fast track’ process, the Department will make a primary assessment of an asylum seeker’s claim for protection. If the Department makes a negative assessment, fast track applicant will not be able to apply to the RRT for merits review of that decision. Instead, these applicants will only be able to apply to the newly established Immigration Assessment Authority (IAA) for a much more limited review of their application.  The IAA generally will not hold hearings, and will not consider any information not raised by the applicant at the primary interview with the Department.  Unlike the RRT, the IAA cannot make a decision to grant a (temporary) protection visa to an applicant if it determines that the Department wrongly refused one – it can only send the matter back to the Department for reconsideration.

There is more information about the asylum application process, including the fast track assessment process, temporary protection visas and safe haven enterprise visas, under the section ‘Protection visa processing’ on the Department’s website here.

What is the 'enhanced screening process'?

In October 2012 the Australian Government introduced an ‘enhanced screening process’ for people who come unauthorised by boat to Australia from Sri Lanka.

The Commission is concerned that this process may not contain sufficient safeguards to protect people from being removed to a country where they face a real risk of significant harm (refoulement).

Under the enhanced screening process an individual is interviewed by two officers from the Department. If the Department determines that an individual raises claims that may engage Australia’s non-refoulement obligations, they are ‘screened in’ to the third country processing regime.

If the Department determines that an individual does not raise claims that engage Australia’s non-refoulement obligations then they are ‘screened out’ of the protection assessment process and removed back to their country of origin.