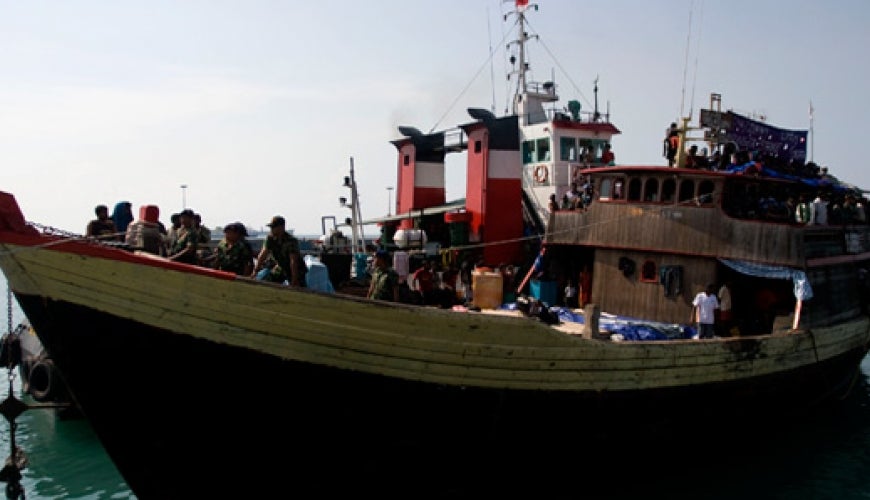 The outgoing President of the Australian Human Rights Commission, Catherine Branson QC, recently completed an Inquiry into the treatment of individuals suspected of people smuggling offences who say that they are children. The majority of these individuals of concern to the Inquiry were Indonesian nationals who had worked as crew on boats bringing asylum seekers to Australia, and who were subsequently been investigated for people smuggling offences. The Inquiry has considered all cases where age has been in dispute since September 2008.

The Inquiry report, An age of uncertainty, was tabled in Parliament on 27 July 2012. The report details how the Australian Government’s failure to seriously question age assessment practices and procedures resulted in some children spending long periods of time detained in adult correctional facilities. In particular, it documents how the acts and practices of the Australian Federal Police, the Office of the Commonwealth Director of Public Prosecutions and the Attorney-General’s Department have resulted in breaches of the rights of these individuals. The report encourages the Australian Government to take steps to ensure that in the future, the human rights of all those who come in contact with Australia’s criminal justice system are respected.

Inquiry report - An age of uncertainty 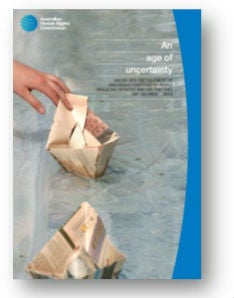 On 19-20 April 2012 the Commission held a public hearing in Canberra for the following Commonwealth agencies:

Transcript of the hearing for Commonwealth agencies – 19 April 2012

Transcript of the hearing for Commonwealth agencies – 20 April 2012

On Friday 9 March 2012 the Commission held a public hearing for key medical experts who made submissions to the Inquiry.

Transcript of the hearing for key medical experts - 9 March 2012

Other enquiries about this project may be sent to the Commission at the following address: ageassessment@humanrights.gov.au