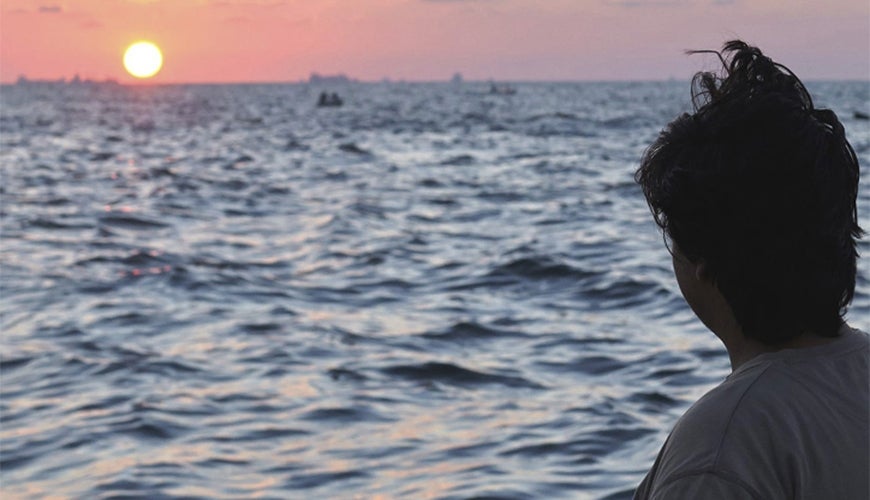 The Commission published its inaugural Snapshot Report on asylum seekers, refugees and human rights in October 2013. The intent of the Report was to provide parliamentarians, key commentators and the community with a clear understanding of the human rights issues that arise from Australia’s refugee and asylum seeker policies. This new edition of the Snapshot Report is updated to reflect on the significant developments in law and policy over the past three years.

Successive Australian Governments have significantly expanded the use of community alternatives to detention, which promote better health and wellbeing outcomes than closed detention.

One of the most positive developments since the publication of the first Snapshot Report has been the reinstatement of work rights for most asylum seekers living in the community.

The 2013 Snapshot Report revealed a significant gap between Australia’s human rights obligations under international law and its treatment of refugees and people seeking asylum, particularly those who arrive by boat. This updated Report confirms that substantial gaps remain, and some policy changes have given rise to new human rights concerns.

The overall policy settings for people who arrive in Australia by boat remain. Australia maintains a policy of mandatory immigration detention for unlawful non-citizens, regardless of whether they pose a risk to the community. People who are detained cannot seek judicial review of whether or not their detention is arbitrary, and there is no limit on how long they can be detained. Despite repeated recommendations from the Commission, no changes have been made to the Migration Act 1958 (Cth) to remedy these problems.

Many people continue to face indefinite detention for prolonged periods of time. People who have received adverse security assessments or who have had a visa refused or cancelled on character grounds remain at particular risk of being detained for very lengthy periods of time. For asylum seekers who are released from detention into the Australian community, maintaining an adequate standard of living remains a challenge.

Non-refoulement is one of the most basic and central principles of international humanitarian and human rights law. It seeks to ensure that people will not be returned to a situation where they would be in danger of persecution, torture or other forms of serious harm. The principle of non-refoulement is so fundamental that it is considered to be a rule of customary international law, which all states are expected to respect regardless of which treaties they have ratified.

Since 2013, the Commission has become increasingly concerned about a range of policies which increase the risk of refoulement. The continuation of screening processes which do not provide a fair or thorough assessment of protection claims; turnbacks of boats carrying people seeking asylum; substantial changes to the refugee status determination process; and restrictions on access to free government-funded legal advice, could all lead to breaches of Australia’s non-refoulement obligations.

Third country processing in Nauru and Papua New Guinea’s Manus Island continues to raise numerous human rights concerns. Inadequate pre-transfer assessments and the variable quality of refugee status determination processes create a risk of refoulement; living conditions remain below international standards; there has been an increase in safety concerns, including multiple reports of physical and sexual assault; and durable solutions for people found to be refugees have proven difficult to find. The combination of these factors continues to have a deleterious impact on the physical and mental health of people subject to third country processing. There also remains a need to improve independent monitoring of third country arrangements.

For refugees who arrived in Australia by boat or without visas and have been permitted to settle in Australia, the situation remains challenging. Those found to be refugees are now eligible for temporary protection only, and do not have access to the same support services and entitlements as refugees on permanent humanitarian visas. They also have limited or no access to family reunion opportunities, with the result that many face the prospect of indefinite and potentially permanent separation from their relatives.

Australia has a long history of providing new homes to some of the world’s most persecuted and vulnerable people, having offered protection to over 800,000 refugees since Federation. We maintain a generous resettlement program, a network of highly-regarded settlement services and a reputation as one of the world’s most successful multicultural societies. However, these achievements — of which Australians can be rightly proud — continue to be overshadowed by our current treatment of people seeking asylum.

Australia’s international human rights obligations require that all refugees and people seeking asylum are treated humanely and with respect for their inherent dignity, regardless of their mode of arrival in Australia. I hope that this Report, through setting out many of the key facts on this issue, can assist in bringing Australian law and policy on refugees and asylum seekers into line with our international obligations.

The first Snapshot Report on refugees, asylum seekers and human rights was published in October 2013. This Report focused on human rights issues arising from the policies of mandatory immigration detention and third country processing. It concluded with observations on some of the policy changes proposed by the newly elected Australian Government.

The second edition of this Report provides an update on legal and policy developments related to refugees and people seeking asylum in Australia since 2013. The Report is not intended to address all the issues facing refugees and people seeking asylum in Australia. Instead, it focuses on developments which place Australia at risk of breaching its international human rights obligations or which have responded to previously raised concerns about potential breaches.

The Report addresses four key areas of law and policy:

The Commission acknowledges the assistance provided by the Department of Immigration and Border Protection (the Department) in providing information for publication in this Report. The views expressed are, however, entirely those of the Commission.