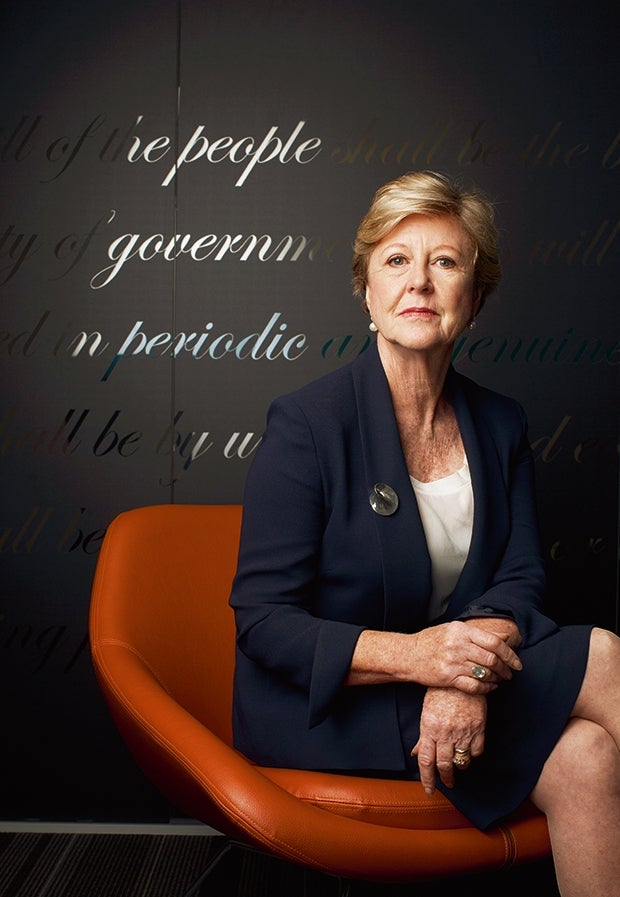 Why are we holding this inquiry?

Since the National Inquiry there have been significant positive developments including the removal of children from high security Immigration Detention Centres, the creation of the Community Detention system and the use of bridging visas for asylum seekers who arrive by boat.

Today, however there are approximately 1,000 children in closed immigration detention. This is a higher number than at any point during the period covered by the last inquiry, and the Commission’s monitoring work reveals that key concerns remain. With this increase in child detainees, it is time to look at this issue again. This inquiry will be able to discover what has changed in the ten years since the last investigation, and find out whether Australia is meeting its obligations under the Convention on the Rights of the Child.

The benefit of a national inquiry is that it gives a voice to children and families who are directly affected by detention. It also allows professionals, experts and others to have a voice through public hearings and submissions.

What are the Terms of Reference for the inquiry?

‘Children’ means any person under the age of 18.

Community detention is not part of the scope of this inquiry.
The National Children’s Commissioner will provide technical advice to the inquiry on the implementation of the Convention on the Rights of the Child.

What is the timeline for the inquiry?

This inquiry will be conducted during 2014. The inquiry report, findings and recommendations will be provided to the Australian Government before the end of 2014.

Over the course of the inquiry, people will be invited to attend public hearings and to make submissions. Information about the times of hearings and submission dates will be available at: https://www.humanrights.gov.au/national-inquiry-children-immigration-detention-2014

Will the inquiry investigate the transfer to and detention of children in Nauru and Manus Island?

Inquiry staff will not travel to Nauru or Manus Island, as the powers of the Commission in relation to inquiries cannot be exercised outside of Australia.

However, the Commission may make observations on the transfer to and detention of children in Nauru and Manus Island.

What is the intended methodology for the inquiry?

Individuals and organisations can make public or confidential submissions to the inquiry at http://www.humanrights.gov.au/national-inquiry-children-immigration-detention-2014-submissions. Public submissions will be published on the inquiry website.
Individuals and organisation can also contribute to the inquiry by attending the inquiry’s public hearings. More information about the hearings will be available at https://www.humanrights.gov.au/national-inquiry-children-immigration-detention-2014.

Inquiry staff will conduct a series of visits to immigration detention facilities in Australia where children are held, including the facilities on Christmas Island. The inquiry staff will also conduct research and request relevant information from the Department of Immigration and Border Protection.
Information from the submissions, consultations, research and immigration detention visits will be collated into a report containing findings and recommendations. The report will be tabled in Parliament by the Attorney-General.

Why are children in detention?

Australia’s system of mandatory detention requires that children without a valid visa remain in closed immigration detention until they are granted a visa or removed from Australia, unless the Minister for Immigration and Border Protection decides to make a ‘residence determination’ allowing them to live in community detention.

How many children are in detention?

By the end of December 2013 there were 1,028 children being held in immigration detention facilities in Australia. This included 460 children in detention on Christmas Island.

There were also a further 116 asylum seeker children who had been transferred by the Australian Government into detention on Nauru under the Government’s third country processing regime.

Where are children detained?

The locations of the immigration detention facilities in which children can be detained in Australia are highlighted in green on the map below. The facilities include Immigration Residential Housing (IRH), Immigration Transit Accommodation (ITA), and Alternative Places of Detention (APODs). 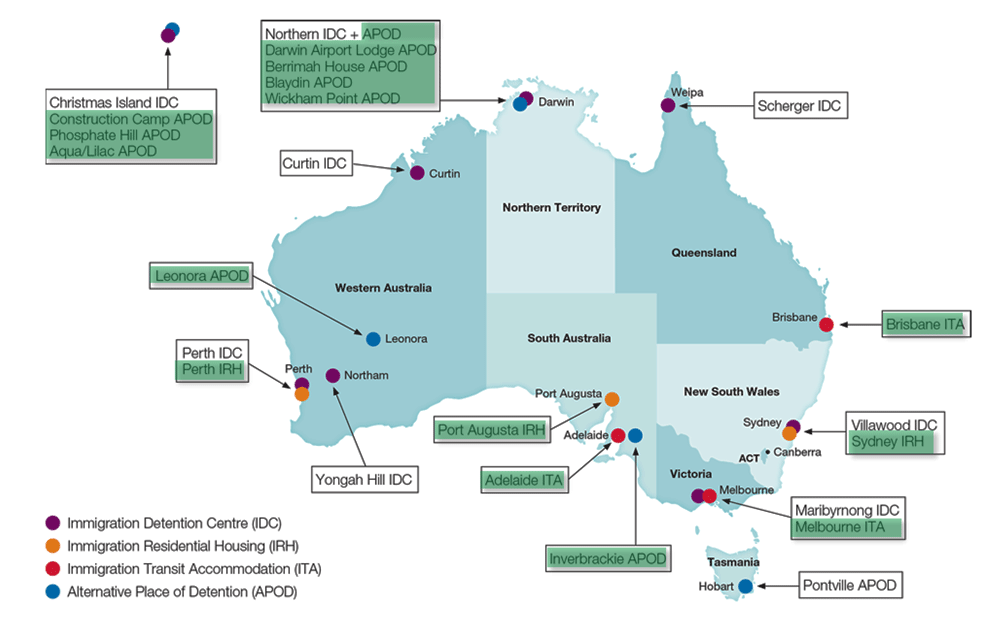 Facilities where children were detained as at 31 December 2013:

*Pontville APOD has been empty since September 2013, and the Government has announced that it will be closed.

Framing principles for the inquiry

The inquiry’s framing principles are taken from the rights set out in the Convention on the Rights of the Child, which Australia ratified in 1990. These principles include:

Every child has a right to life, to survival and development[4]

Children should not be detained unlawfully or arbitrarily[5]

Children should only be detained as a measure of last resort, and for the shortest appropriate period of time[6]

Children who are in detention have the right to prompt access to legal and other appropriate assistance, and the right to challenge the legality of their detention before a court or other independent body[7]

Children in detention should be treated with humanity and respect[8]

Children should not suffer torture or cruel, inhuman or degrading treatment or punishment[9]

Children have a right to remain with their parents (unless contrary to their best interests), and to have their family protected from arbitrary or unlawful interference[10]

All children have the right to education, and to play and engage in recreational activities[13]

Children should be protected from all forms of physical or mental violence, injury or abuse while in the care of parents or legal guardians[14]

Children seeking asylum have a right to appropriate protection and humanitarian assistance, including support to recover from past torture or trauma ‘in an environment which fosters the health, self-respect and dignity of the child’[15]

If you would like further information about children in immigration detention, see: