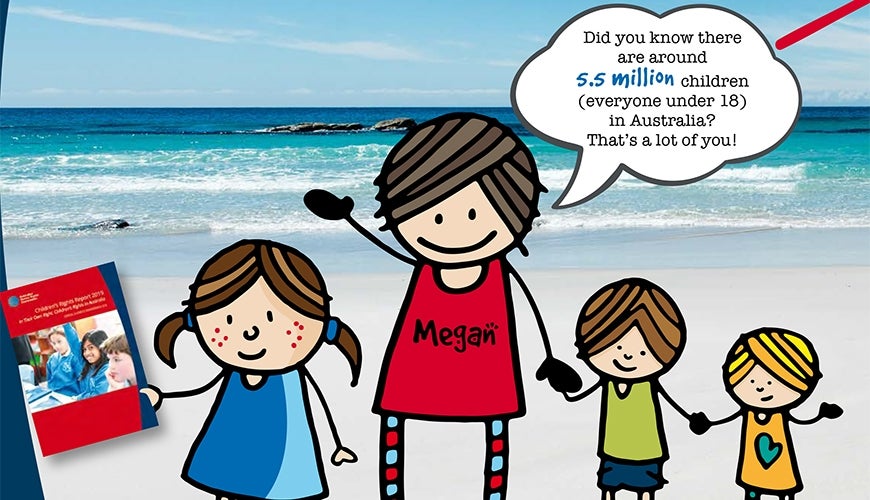 As part of their statutory obligations, the National Children's Commissioner is required to submit a report to federal Parliament each year on the enjoyment and exercise of human rights by children and young people in Australia. This page contains an overview of all of the Commissioner's Children's Rights Reports.

The Children’s Rights Report 2019 — In Their Own Right tells the story of how well children’s rights are protected and promoted across Australia.

Access the 2019 report and summary of key findings here.

The 2017 report focuses on the rights and needs of young parents and their children.

Access the 2017 report and summary of key findings here

The main focus of the 2016 report is the Optional Protocol to the Convention against Torture (OPCAT) in the context of children and young people.

Access the 2016 report and summary of key findings here

In 2015 the National Children’s Commissioner conducted a national investigation into the impact of family and domestic violence on children.

Access the 2015 report and summary of key findings here

The 2014 Children's Rights Report focuses on the findings of the National Children's Commissioner's examination into intentional self-harm, with or without suicidal intent, in children and young people.

The 2013 Children's Rights Report examines the key international human rights treaty on children’s rights, the Convention on the Rights of the Child, and its implementation in Australia. This report also refers to the outcomes of the Big Banter national listening tour.