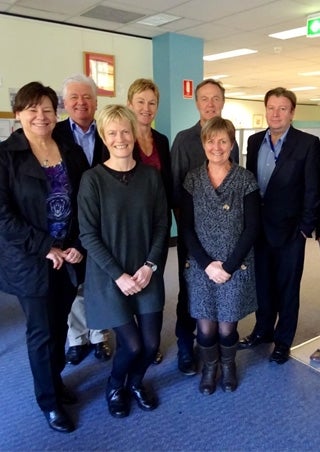 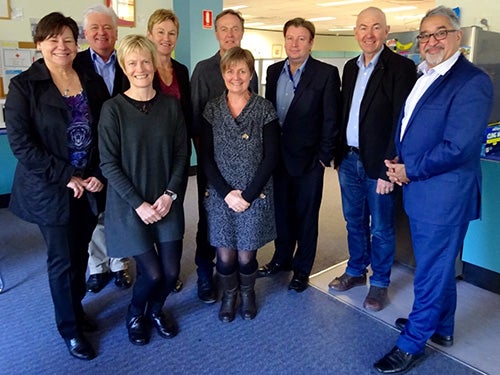 The meeting began with a Welcome to Country from Uncle Ray Davison.

Evaluation of the National Framework for Protecting Australia’s Children

Prior to the meeting, members of the ACCG had contributed to the evaluation of the National Framework for Protecting Australia’s Children.  Members shared their contributions, agreeing that the Framework might benefit from: a National ‘ambassador’ to champion the Framework; a change of focus from child protection to child well-being; greater clarity around the governance of the Framework and its relevance to other work currently being undertaken across Australia.

The ACCG received a briefing from the Department of Social Services about the development of the Third National Action Plan 2015-2018.  The ACCG agreed in principle with the proposed five priorities of the Action Plan, however recommended that the Plan: focus on child well-being (rather than child protection); have clear and measurable actions and performance indicators; and include a solid commitment to ongoing, meaningful, and respectful consultation with children and young people about the Plan and issues important to them.

The ACCG received a briefing from representatives of the Royal Commission into Institutional Responses to Child Sexual Abuse.  Issues discussed included: a soon to be released position paper on Working with Children Checks; progress on work to date on Child Safe/Child Friendly Organisations; and the development of mechanism and safeguards to ensure that private sessions with children and young people are effective and age appropriate.

The Royal Commission invited members of the ACCG to appear at hearings scheduled for late June 2015 about preventing and responding to sexual abuse in Out-of-Home-Care.

The ACCG agreed to continue to engage with the Standing Committee on Social Policy & Legal Affairs in relation to surrogacy, and to prepare guiding principles based on the rights of children and young people to inform further discussions.

ACCG members updated each other on actions taken within individual jurisdictions with respect to implementation of the ACCG’s Model Charter of Rights for Children & Young People Detained in Youth Justice Facilities.  The ACCG will continue to monitor implementation of, and compliance with, the Charter.

The ACCG discussed work to date on joint ACCG research into the use of restraint, seclusion and strip-searching in Australian youth justice facilities.  A draft report on the outcomes of the research will be considered by the ACCG at its next meeting in November 2015.

The ACCG welcomed work currently being undertaken by the National Children’s Commissioner on the impact of family violence on children and young people.  This includes: a literature review; sourcing of original data; a series of expert roundtables; invited submissions; and interviews with children and families.  A report on the outcome of the National Children’s Commissioner’s examination will be tabled in federal parliament and publically available in December 2015.

The ACCG remains interested in the education of vulnerable children and young people, including children and young people in Out-of-Home Care.  The ACCG welcomed the research being undertaken by the WA Commissioner for Children & Young People on this issue, and looks forward to discussing at its next meeting in November 2015 how it can build on this work.

The ACCG welcomed the Professor Fiona Arney, Chair of the SA Council for the Care of Children, who spoke about the difficulties some children and young people in Out-of-Home Care experience in obtaining various identification and citizenship documents, including passports.  The ACCG briefed Professor Arney on work undertaken by the ACCG on the same issue.

The ACCG agreed to write to the Hon Scott Morrison MP, Minister for Social Services, noting our concerns about this issue; encouraging its inclusion in the Third National Action Plan 2015-2018.

The ACCG agreed to write to the Hon Scott Morrison MP, Minister for Social Services, commending the report, and seeking an update on the Government’s response to the report.

The next meeting of the ACCG will be held in Canberra, in November 2015.

For further information on the ACCG and the work of Australia’s Children’s Commissioners, Guardians and Advocates, please contact the ACCG National Convenor, Mr Alasdair Roy, on (02) 62052222, or at ACTkids@act.gov.au.