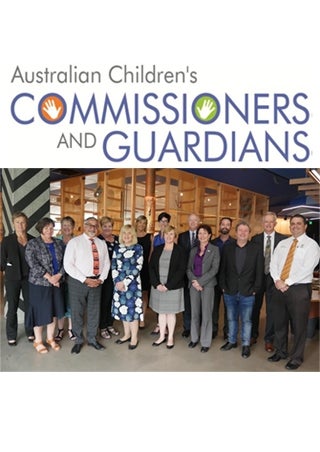 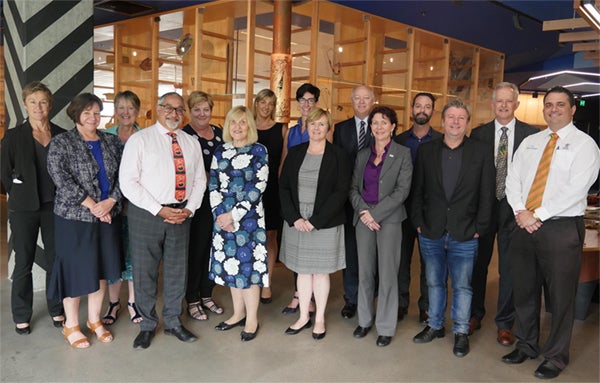 The ACCG met in Melbourne, Victoria on 15 and 16 November 2017. Members warmly welcomed four recently appointed commissioners and guardians to the group, and the return of the New Zealand Children’s Commissioner as an observer.

This was the last meeting for Victorian Commissioner for Aboriginal Children and Young People, Andrew Jackomos PSM. Members gave thanks to and acknowledged the significant work done by Mr Jackomos, who was Australia’s inaugural Commissioner for Aboriginal Children and Young People and who has advocated tirelessly for Aboriginal children and families in Victoria across a range of service systems. The value of his role is demonstrated by the fact that in his final presentation to the ACCG, Mr Jackomos advised that Victoria has recently recorded for the first time more Aboriginal children being returned to their families than entering out home care.

Discussions continued to focus on issues relevant to the ACCG’s key priorities, which were developed at the May 2017 meeting. Members affirmed their commitment to these priorities.

A clear theme in the meeting was that self-determination leads to better outcomes for Aboriginal and Torres Strait Islander children and young people.

Members also heard from Mallee District Aboriginal Service (MDAS) about their Bumps to Babes and Beyond program, a parenting program developed to respond to the particular needs of the Aboriginal community in Mildura. Staff from MDAS advised the ACCG that no families who have participated in the program have had children permanently removed from the care of their parents. The program’s positive results highlight the value of Aboriginal controlled and led organisations intervening early to support Aboriginal children and families.

Improving the safety of children and young people in organisations

Megan Mitchell, the National Children’s Commissioner, presented on the draft National Statement of Principles for Child Safe Organisations (the Principles), which were endorsed by community service ministers across federal, state and territory jurisdictions in October 2017. The Principles take a child-rights, strength-based approach, and are designed to be applied in a wide range of organisational settings.

Karen Flanagan, Child Protection Advocate from Save the Children and Dr Bernadette Saunders from Monash University briefed ACCG members on the impact of physically punishing children, the current state of the law in Australia, reforms in overseas jurisdictions to prevent the use of physical punishment against children and addressing this form of violence through education, awareness raising and positive parenting support.

Members discussed work completed by South Australia’s Guardian for Children and Young People regarding the principles and essential characteristics of therapeutic residential care and agreed to draw on this work in their own jurisdictions and as part of developments at a national level.

Members also heard from the Australian Centre for Child Protection, which has been commissioned to conduct a project to identify the core components of evidence-based practice in child protection. The research completed to date shows there are some clear and concerning gaps in Australian and international frameworks for child protection practice, particularly in relation to culturally safe and appropriate ways of working with Aboriginal and Torres Strait Islander children and families. Members expressed their continuing support for the research project and will discuss further in May 2018.

The next meeting of the ACCG will be held in Perth in May 2018.