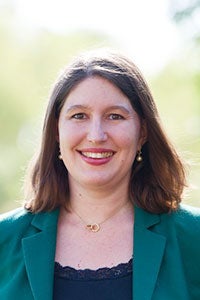 Prior to joining the Commission Lorraine has worked as a lawyer and academic specialising in human rights and public law. Her most recent roles have been as the Senior Human Trafficking Specialist with the Australian Mission to ASEAN, and as a law lecturer at Murdoch University. In her academic role Lorraine has lectured in areas including criminal law, constitutional law and international human rights, and has been recognised with a number of national and university awards for her teaching and research.

Before moving to academia, Lorraine worked as a State Prosecutor with the Office of the Director of Public Prosecutions (WA) and at the High Court of Australia, initially as a Legal Research Officer and later as a Judges’ Associate. Lorraine is a former Singapura Scholar, being awarded a dual Masters in Law from New York University (majoring in Justice and Human Rights) and the National University of Singapore (majoring in International and Comparative Law).

Lorraine has also been actively involved in a variety of community organisations. Most recently this has included being a member of the Executive Committee of the National Council of Women (WA) (2011-2019) and a Board Member of the Ishar Multicultural Women’s Health Service (2013-2018). Lorraine has previously been awarded the Centenary Medal and WA Law Society Youth Community Service Award for her volunteer work.

Lorraine currently lives in Canberra with her husband and two young children.