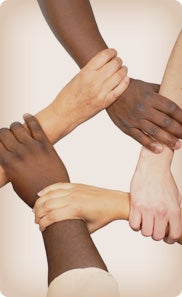 Historical Lessons for a Successful Referendum

The Australian Constitution can only be changed by referendum. There have been 44 referendums held since 1901 and only eight of these have been successful. The most successful referendum in Australia’s history was in 1967 where 90.77% of the nation voted ‘Yes for Aborigines’. [1] The 1967 referendum amended the Australian Constitution to give the federal parliament the power to make laws in relation to Aboriginal and Torres Strait Islander people and to allow for Aboriginal and Torres Strait Islander people to be included in the
census.[2]

This is in stark contrast to the 1999 referendum which proposed to alter the Australian Constitution so that Australia became a republic[3] and insert a new preamble.[4] The result was a no vote for both amendments. [5]  On the question of a republic, 54.87% voted against the proposal and on the question of the preamble 60.7% voted no.

The lessons learnt from these and other referendums provide significant guidance for developing a successful referendum strategy, they include:

Bipartisan political support is essential for the successful passage of any referendum. Currently there is bipartisan support for the recognition of Aboriginal and Torres Strait Islander peoples in the Australian Constitution.

The years of advocacy and national debate that preceded the 1967 referendum created a climate of political consensus,[7] reflected in the fact that a ‘No case’ was not put to the Australian people.[8] The Vote Yes Campaign in the 1967 referendum captured the hearts and minds of
Australian people because the political parties were united on the need for change and as a result the message clear. In direct contrast, the 1999 referendum was characterised by political disunity. Differences between political parties emerged over the proposed wording of the 1999 preamble which undermined its chance of success.

There is often greater support and strength for a referendum proposal that is championed by the people. This can be achieved through comprehensive debate and opportunities for public involvement. It is important that the referendum is not perceived as owned either by politicians or the elite, but by the nation as a whole.[9]

The success of the 1967 referendum reflects the high level of participation of all Australians in the process leading up to the referendum. The widespread consensus generated by years of campaigning and extensive national debate contributed to a sense of public ownership.[10] In contrast, the 1999 referendum was a politicised process that resulted in confused and complicated messages, isolating the Australian people from the debates. The debate failed to capture the public’s imagination.[11]

Past referendums have demonstrated that greater understanding among the Australian public of the issues being proposed increases the chances of a yes vote.[12]
The 2009 National Human Rights Consultation highlighted a general lack of knowledge and understanding by the Australian public of the nation’s political and legal system, constitution and referendum
processes.[13] A robust education campaign to increase public awareness about the need for constitutional reform will be extremely important in this referendum
strategy.

Despite the technical nature of the amendments, significant advocacy efforts and the clarity of message in the 1967 referendum mobilised the Australian population to vote yes. In the 1999 referendum the ‘Yes/No’ booklet became the main source of information during the formal campaign. The information provided in the booklet was drafted by the politicians who either supported or opposed the
amendments. As a consequence, the booklet presented information to the public as polarised and adversarial, rather than dispassionately and factual.This did not assist in increasing the public’s understanding of the issues in a clear and coherent manner. In addition, the ‘Yes/No’ booklet often does not suffice to provide the balanced and credible information that is required for a successful referendum.[14]

[6] G Williams and D Hume, People Power: The History and Future of the Referendum in Australia (2010), ch 7. Three of the five factors they identify are discussed here.