Constitutional reform: FAQs - Why reform of the Constitution is needed 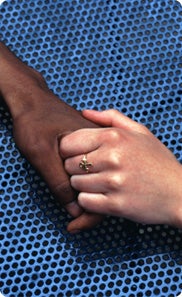 Why reform of the Constitution is needed


Why does Australia as a nation need to recognise Aboriginal and Torres Strait Islander peoples in the Constitution?

The Australian Government honoured Aboriginal and Torres Strait Islander peoples as the ‘the oldest continuing cultures in human history’ in the National Apology to the Stolen Generations. Yet the nation’s founding document does not mention Australia’s Indigenous peoples.

The story of our nation is incomplete because our Constitution, described by the Attorney General as the ‘birth certificate of our nation’[1], is silent on the histories of the people who inhabited this continent before European settlement. When the Constitution was being drafted Aboriginal and Torres Strait Islander peoples were excluded from the discussions concerning the creation of a new nation to be situated on their Ancestral lands and waters.

The Australian Constitution also permits the Commonwealth Parliament to validly enact laws that are racially discriminatory and contemplates disqualifying people from voting on the basis of their race. During the referendum process the nation will be called to answer whether these provisions reflect a modern Australia.


When have the discriminatory provisions in the Constitution been used?

The Australian Constitution currently contains no protections against racial discrimination and the Parliament is capable of suspending existing statutory protections. The protections under Racial Discrimination Act 1975 (Cth)– the federal legislation designed to ensure equality of treatment of all people regardless of their race, have been removed on three occasions: each time it has involved Aboriginal and Torres Strait Islander issues.

The Northern Territory Emergency Response (NTER) that affects 73 remote Indigenous communities in the Northern Territory is clear evidence of the potential discriminatory effect of the Constitution. The NTER in its original application was not subject to the Racial Discrimination Act (RDA). The government can, if they choose to do so, disregard the RDA simply through subsequent legislation. The Constitution as it currently stands did not prevent the suspension of the RDA and remains ineffective in protecting a fundamental freedom of all Australians - freedom from discrimination.


What is the relationship between constitutional reform and the UN Declaration on the Rights of Indigenous Peoples?

Australia officially endorses the United Nations Declaration on the Rights of Indigenous Peoples. The Declaration is an important piece of international law as it sets the standards for the survival, dignity and well-being of all Indigenous peoples. The process of constitutional reform is consistent with achieving the ends of the Declaration.

In particular, Article 15 outlines the rights of Indigenous peoples to have their dignity and diversity of cultures respected and imposes obligations on States to take action in conjunction with Indigenous peoples to combat prejudice and to promote tolerance, understanding and good relations. Constitutional Reform as a nation-building process can help achieve this.