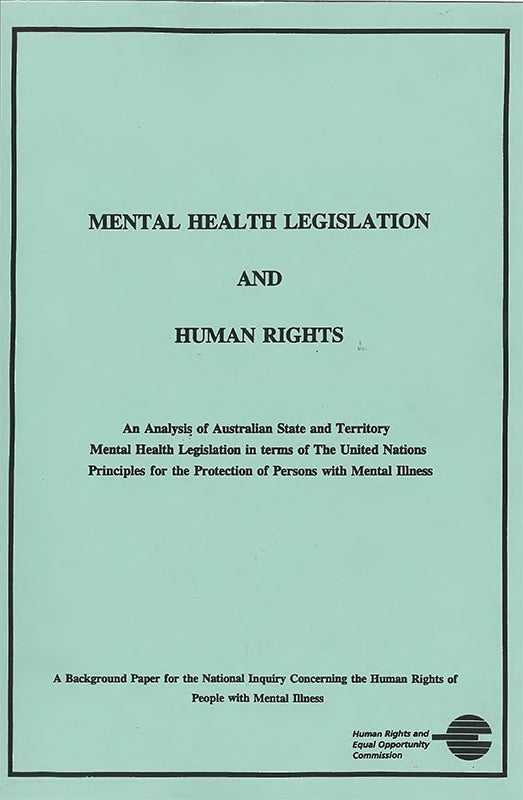 This paper presents an indicative analysis of the mental health legislation in each State and Territory in terms of recently agreed international standards - the UN Principles for the Protection of Persons with Mental Illness and for the Improvement of Mental Health Care. (See Appendix IV.)

The legislation in every Australian jurisdiction breaches the standards prescribed in the UN Principles in a number of ways. In some jurisdictions these breaches constitute fundamental violations of basic human rights.

There are few express provisions safeguarding patients' rights in States and Territories other than NSW and Victoria, and little emphasis on ensuring that treatment is carried out in the least restrictive environment. In fact, significant areas are simply not covered by legislation in many jurisdictions. This applies particularly to complaints handling, monitoring mechanisms and review procedures.

In some States - South Australia, Queensland and the Northern Territory, for example - the police are given very wide powers which are inconsistent with a number of basic rights recognised in the Principles.

Guardianship provisions exist in most jurisdictions, complementing mental health legislation. (In South Australia and Tasmania, the Guardianship Boards are presently established under mental health statutes rather than separate guardianship legislation.) South Australia has given its Guardianship Board wide powers to order involuntary detention and make determinations consenting to medical and other treatment. In NSW, Victoria, South Australia, Western Australia and the Australian Capital Territory there are independent guardianship bodies with power not only to appoint guardians for people with mental illness who are incapable of looking after their personal affairs but also to appoint managers for those who are incapable of managing their property.

There are no legislative provisions covering guardianship of people with mental illness in Queensland. The Public Trustee may, under the Queensland Mental Health Services Act, manage the estate of any person admitted to a psychiatric hospital following notification that the doctor in charge of the patient's treatment considers they are incapable of managing their own property.

The provisions governing voluntary admission to psychiatric hospitals place a variety of restrictions on access to hospitalisation and on discharge.

The criteria for involuntary admission and detention in several jurisdictions are less rigorous than those specified in the UN Principles. This is particularly the case in Queensland and South Australia. In Queensland the decision to detain is based on a broad, subjective discretion. In South Australia the Guardianship Board has power to order the involuntary detention of a protected person (who has been received into guardianship because of mental illness) without reference to any statutory criteria.

In South Australia police are empowered to forcibly enter premises and apprehend individuals believed to be suffering from mental illness and believed to be a danger to themselves, to others or to property. Similar provisions exist in a number of other jurisdictions.

Not all jurisdictions expressly recognise the principle of the least restrictive form of treatment - either in statements of statutory objectives or as a criterion for treatment.
NSW and Victoria are the only States where people who meet the criteria for involuntary detention have the alternative of Community Treatment Orders instead of in-patient treatment. Mental health legislation in the other States and Territories does not provide for involuntary treatment without hospitalisation.

Standards of Care and Allocation of Resources (UN Principles 8,10 and 14)

There are some limited legislative provisions for equity of access to treatment for mental illness (as compared to physical illness) and for maintenance of standards in mental health facilities.
However, the requirements in Principles 8 and 10 that every patient be protected from harm, including unjustified medication and abuse by other patients or staff, are not adequately covered by legislative provisions in most States. In NSW the Mental Health Act does contain safeguards in relation to the administration of medication as well as sanctions against abuse or neglect by staff. While all jurisdictions make some attempt to proscribe abuse and neglect, their provisions take little account of the special vulnerability of mental health patients.

Indeed, in Tasmania the Mental Health Act requires that leave of the Supreme Court be obtained before proceedings are instituted for ill-treatment or wilful neglect of a patient under the Act.

The emphasis in the Principles on the need for appropriate disclosure of information to a patient and the need to obtain properly informed consent is generally not reflected in our mental health legislation. (However, the administration of two forms of treatment - psychosurgery and elect° convulsive therapy - is subject to detailed requirements relating to informed consent in NSW, Victoria, South Australia and the ACT.)

In general, the only recognition of the rights of patients to information and to privacy, religious freedom, educational and recreational opportunities is in the statutory statements of principle to be found in more recent mental health legislation (particularly in NSW and Victoria, and to a lesser extent in Queensland and South Australia). However, these statements do not give rise to enforceable rights.

Most jurisdictions now have a requirement that patients be given information regarding their rights. NSW is the only jurisdiction which makes specific provision for those appearing before magistrates for review of involuntary detention orders to be dressed in normal clothes.

While several States and Territories have established Mental Health Review Boards or Tribunals to hear appeals against involuntary detention and related matters, review mechanisms in other jurisdictions are non-existent or inadequate. (The Northern Territory has no independent review body, and Western Australia has relegated this vital role to its Boards of Visitors - which were basically established to monitor standards of care in hospitals and provide a basic complaint-handling service.)

Only two States (Victoria and Queensland) have independent, statutory complaint-handling bodies. Legislation to establish independent agencies is under consideration in NSW and Western Australia, and the role of the SA Health Commission's Health Advice and Complaint Service is under review.

Tasmania and the Northern Territory have no specialised complaint-investigation mechanisms in the health area.

In some jurisdictions authorised hospital visitors (usually known as Community Visitors or Official Visitors) are appointed to inspect hospital facilities, interview those patients who wish to see them and make recommendations to the Minister concerning the welfare of patients or the management of a hospital.

There are no provisions in mental health legislation in South Australia, Tasmania, the ACT or the Northern Territory to appoint Official Visitors or establish any other mechanisms specifically for monitoring standards of patient care.

Victoria has a separate Public Advocate's Office established under the Guardianship and Administration Board Act 1986. The Office employs specialist mental health advocates whose functions include enabling people with disabilities to act independently; minimising restrictions on their rights; and maximising the utilisation of services and facilities. The Community Advocate in the ACT has only limited powers in relation to people with mental illness (confined primarily to forensic patients).

According to Principle 20, those charged with or convicted of criminal offences should have access to the best available mental health care and should, "to the fullest extent possible", receive the same protections and safeguards as other patients.

In most Australian jurisdictions, however, provisions relating to the rights of forensic patients are clearly inferior to those for other psychiatric patients. For example, in NSW the Mental Health Act allows the Chief Health Officer to transfer a prisoner from prison to psychiatric hospital without referring to the same criteria (or, indeed, any specific criteria) as would apply to civilian detention.

In Queensland, where the criteria for admission are the same for forensic and for civilian patients, the former have significantly fewer rights, even in relation to matters such as receiving mail

In the ACT the Mental Health Act contains no provisions relating to forensic patients and Part V of the Lunacy Act (NSW) 1895 and Section 20B of the Crimes Act (Commonwealth) 1914, both of which are otherwise repealed, are still invoked to allow detention of those acquitted on the grounds of "insanity" and found unfit to be tried.

With the exception of Victoria, the rights of forensic patients to review of detention are limited, with specialist review bodies lacking the power to discharge.

Principle 2 requires legal protection of the rights of minors including, where necessary, the appointment of a personal representative other than a family member.\

There are few specific provisions protecting children and young people in State or Territory mental health legislation. Those that do exist generally relate to requirements for admission as voluntary or involuntary patients.

The ACT Mental Health Act is the only one to specifically provide for the appointment of a separate representative for a child or young person in the context of court proceedings under the Act - where it appears to the court that such representation is appropriate.

The Victorian Mental Health Act as amended in 1990 is the only State legislation which provides a statutory basis for the establishment of child and adolescent psychiatric services. 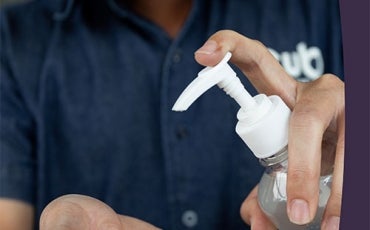 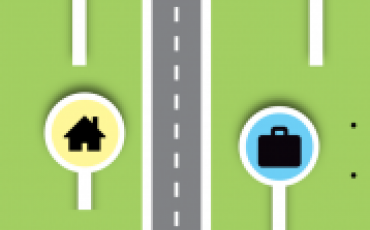 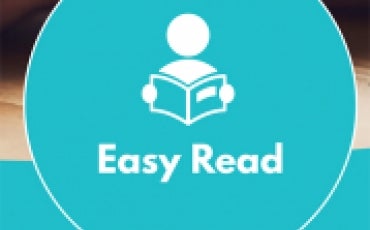