Between December 2007 and November 2008 the Aboriginal and Torres Strait Islander Social Justice Commissioner, Tom Calma, delivered a series of key speeches setting out an agenda for change in Indigenous affairs.

A compilation of these speeches is now available:

The six 'Essentials' speeches are as follows:

The importance of apologising to the stolen generations and an agenda for responding to Bringing them home. Speech given at the launch of 'Us Taken-Away Kids' 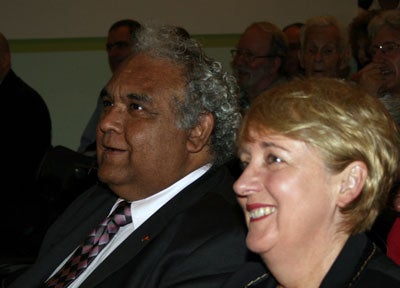 The NT intervention; making whole-of-government approaches work, improving government accountability and ensuring the participation of Indigenous peoples in decisions that affect them.

Aboriginal children – wherever they live in Australia – deserve a future in which they have the same opportunity as other children to thrive, develop and enjoy life.

Achieving health equality within a generation and the Close the Gap campaign, and creating an equal life chance for Indigenous children.

Will review progress of the new Rudd Government on Indigenous issues in its first five months and outline an inter-generational approach to Indigenous affairs planning and service delivery.

Wrapping up the series this speech looks back on the
first eight months of the Rudd Government’s performance on Indigenous
affairs and looks forward to the challenges of the coming years.