Due to some social structures, traditions, stereotypes and attitudes about women and their role in society, women do not always have the opportunity and ability to access and enforce their rights on the same basis as men.

Women have historically been excluded from large parts of public and political life in Australian society. For example, women were not elected to the Commonwealth Parliament until 1943. It wasn’t until 1965 that Australian women won the right to drink in a public bar. During the 1960s women working in the public service and in many private companies were forced to resign from their jobs when they got married.

While we’ve come a long way in the last 100 years, there are still many areas in Australian society in which women and girls experience unequal treatment.

For instance, why is it that social and community workers are underpaid? Is it because these are unimportant jobs or is it because women have traditionally done this work?

Other factors that contribute to the gender pay gap include: discrimination, a lack of women in senior positions, a lack of part-time or flexible roles that accommodate for family responsibilities, and differences in education and work experience. 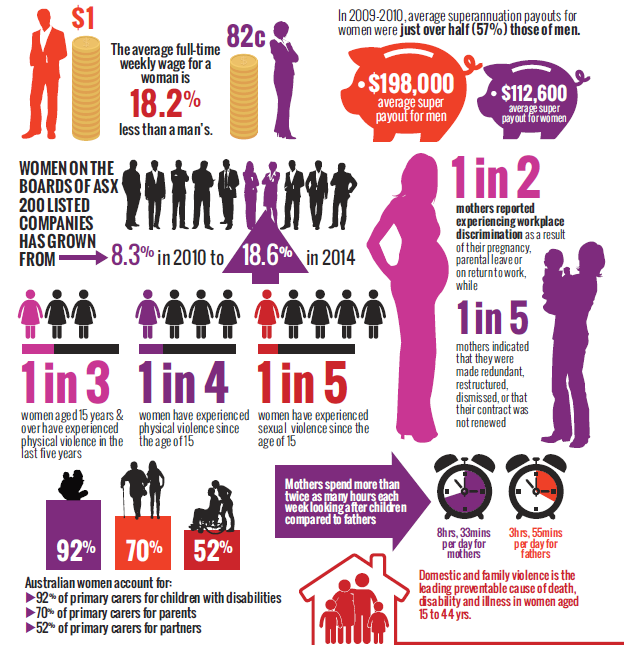 Violence against women is one of the most widespread human rights abuses in Australia and around the world.

This isn't about strangers. It's deeply personal, and it's happening to people we know and care about.