The arrest, detention or imprisonment

and for the shortest appropriate period of time.

Convention on the Rights of the

Few people would disagree with this fundamental principle

from the Convention on the Rights of the Child. In fact, most

Australians would agree that every possible option should be explored

before a child is locked up. However, Australia's immigration policy makes

option and it puts no limit on the time that they can be detained.

Australians don't need a team of experts or dramatic media

stories to convince them that detention centres are no place for children.

However, this Inquiry analysed evidence from a large number of sources

to objectively assess the environment in which children have been held.

children to enormous mental distress - which confirms the need to ensure

of last resort and for the shortest appropriate

More than 92% of all children arriving by boat since 1999

have been recognised by Australian authorities to be refugees. In the

case of Iraqi children the figures are as high as 98%.

And yet we have welcomed these children by taking them to

Children regularly wait for months or years in detention.

In fact, as at the end of 2003, the majority of children in detention

had been held for more than two years. This policy seems a complete departure

from the principle of detention as a measure of last resort.

The irony is that the long-term impact of Australia's immigration

detention system on these children will, in the main, be borne by Australian

society, since almost all children in detention eventually become members

of the Australian community. They will carry the scars of their detention

experience throughout their lives.

It is worth noting that, despite ten years of a mandatory

detention regime, the Department of Immigration and Multicultural and

ignored the special needs of children. There was also little regard paid

to obligations arising from the Convention on the Rights of the Child. This state of affairs changed somewhat in late 2001 - about the same

time that this Inquiry was established. 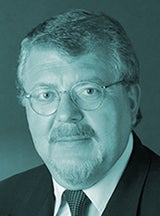 Since then there have been some positive measures to

improve the environment in which children in detention live. I commend

the Department for introducing these changes without awaiting the formal

outcome of this Inquiry.

However, it is disappointing that these measures did

not occur much, much earlier. Furthermore, they ultimately represent a

band-aid approach to repairing a detention system that is fundamentally

flawed. The only real solution is to change the policy as a whole.

While recognising the right of Australia to protect

its borders, I hope that this report removes, once and for all, any doubts

about the harmful effects of long term immigration detention on children.

Let no child who arrives in Australia ever suffer under