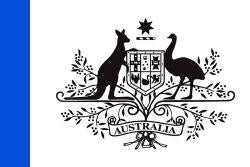 The High Court found that the Department of Immigration acted on the basis of an error of law when it refused to refer the plaintiff’s case to the Minister for Immigration for consideration of whether to allow her to make a protection visa application. The department did not make the referral because it believed, erroneously, that because the plaintiff had received an adverse security assessment from the Australian Security Intelligence Organisation (ASIO) she would be precluded from obtaining a protection visa.

The High Court had held in Plaintiff M47/2012 v Director-General of Security [2012] HCA 46 that the relevant public interest criterion for a protection visa contained in the Migration Regulations 1994 (Cth), PIC 4002, was invalid.

On the same day that judgment in the present case was delivered, the Government introduced the Migration Amendment Bill 2013 (Cth). This Bill proposes to introduce a new s 36(1B) to the Migration Act 1958 (Cth) which would provide that a criterion for the grant of a protection visa is that the applicant is not assessed by ASIO to be directly or indirectly a risk to security. The aim of this amendment is to address the invalidity of PIC 4002. Assuming that this is effective, it would make redundant the findings in both Plaintiff M47/2012 and Plaintiff M76/2013 that are based on the invalidity of PIC 4002.

However, the present case is notable for another reason, namely consideration of whether the Court should revisit its previous ruling in Al-Kateb v Godwin (2004) 219 CLR 562. In that case, the Court held that the Migration Act authorised and required the detention of an unlawful non-citizen, even if his or her removal from Australia was not reasonably practicable in the foreseeable future.

A majority of the Court has left open the possibility of reconsidering Al-Kateb in the future in an appropriate case.

The plaintiff is a woman from Sri Lanka who arrived in Australia by boat on 8 May 2010 without a visa and sought protection. She was detained pursuant to the Migration Act as an ‘unlawful non-citizen’. She was processed according to the then Refugee Status Assessment process and was found to be a refugee and therefore a person to whom Australia had protection obligations.

An ‘unlawful non-citizen’ who is an ‘offshore entry person’ (now referred to as an ‘unauthorised maritime arrival’) may not make a valid application for a protection visa unless the Minister thinks that it is in the public interest to allow such an application to be made.

The power to allow a protection visa application to be made is referred to by the department as the power to ‘lift the bar’ under s 46A(1) of the Migration Act.

This power may only be exercised by the Minister personally. Section 46A(7) provides that the Minister does not have a duty to consider whether to exercise this power. However, the High Court held in Plaintiff M61/2010E v Commonwealth (2010) 243 CLR 319 that by establishing the Refugee Status Assessment process (now referred to as the Protection Obligations Evaluation process) the Minister has decided to consider exercising the power in relation to every offshore entry person who claims protection.

Detention of an offshore entry person pending the outcome of the Refugee Status Assessment process is valid because the process is undertaken for the purpose of advising the Minister about whether to ‘lift the bar’. And because the liberty of an offshore entry person is directly affected, the process must be procedurally fair and must address the relevant legal questions.

In Plaintiff M47/2012, decided in October 2012, a majority of the High Court held that PIC 4002 was not a valid regulation. It was therefore not a valid criterion for the grant of a protection visa.

In the present case, a majority of the Court held that the reliance by the department on PIC 4002, in deciding not to refer the plaintiff’s case to the Minister for consideration of whether to allow her to make an application for a protection visa, was an error of law.

4 Whether indefinite administrative detention is lawful

In Al-Kateb v Godwin, the High Court found by a majority of 4-3 that the Migration Act authorised and required the detention of an unlawful non-citizen, even if his or her removal from Australia was not reasonably practicable in the foreseeable future. This was a question of statutory construction.

The minority view was that the Migration Act authorised detention of a person for the purpose of removal from Australia, which must take place as soon as reasonably practicable. However, the person is entitled to be released from detention if and when the purpose of removal becomes incapable of fulfilment. The minority considered that the Act does not authorise permanent or indefinite administrative detention.

A separate constitutional question raised in Al-Kateb was whether a law authorising indefinite administrative detention would be consistent with Ch III of the Constitution. The majority found that the detention authorised by the Migration Act did not contravene Ch III, primarily on the basis that it was not punitive in character. Of the minority judges, Chief Justice Gleeson and Justice Kirby did not consider it necessary to decide the issue. Justice Gummow considered that the validity of administrative detention did not depend on an assessment of whether or not it was punitive. Rather, administrative detention as an incident of some other power (for example detention for the purpose of deportation or expulsion) is limited by the nature of that power. Detention would only be justified if deportation or expulsion was a viable option. Justice Gummow considered that the question of whether deportation was viable could not be a matter purely for the opinion of the executive government. That is, it was not a matter for the government to determine when a category of deprivation of liberty was beyond the reach of Ch III of the Constitution.

In Plaintiff M47/2012, two members of the Court, Gummow and Bell JJ each suggested that Al-Kateb should be revisited. They considered that the construction of the Migration Act by Gleeson CJ in Al-Kateb, part of the minority, was to be preferred. Justice Gummow also reiterated his previous comments about the constitutional limits on administrative detention. Justice Bell considered that it was not necessary to consider the constitutional question if the Act was construed in the manner put forward by Gleeson CJ.

There is currently a division between the members of the bench about whether it would be appropriate to reconsider Al-Kateb again in the future if a similar case presented itself. The views of the bench on this question, as expressed in Plaintiff M76/2013 are as follows.

Justices Kiefel and Keane consider that there are strong policy reasons not to reopen Al-Kateb, including that it has stood for nine years without legislative correction and that subsequent Parliaments have made other amendments to the Migration Act seeking to ameliorate individual hardship that might flow from the decision. They say that this indicates that Al-Kateb stands as an accurate interpretation of legislative will. Their Honours also consider that the interpretation given by the majority in Al-Kateb to the relevant statutory provisions was the better view and that this was not inconsistent with Ch III of the Constitution.

Justices Crennan, Bell and Gageler note that the common law does not recognise any executive warrant authorising arbitrary detention. They refer to the prior decision of Chu Kheng Lim v Minister for Immigration (1992) 176 CLR 1. In that case, the Court held that the authority to detain a non-citizen is an incident of the statutory power to consider whether to grant permission to remain in Australia and to deport or remove from Australia if permission is not granted. However, this authority to detain is only consistent with Ch III of the Constitution if the period of detention is limited to the time necessary for the completion of the administrative processes directed to those purposes. It was unnecessary to reconsider Al-Kateb in the present case because the point had not yet been reached where all administrative processes had been completed, and there was insufficient factual material to show that there was no realistic prospect that the plaintiff could be removed from Australia in the reasonably foreseeable future. As a result, the reconsideration of the constitutional question should await another day.

Chief Justice French similarly observes that the plaintiff in the present case is still subject to the Refugee Status Assessment process. The obligation to remove her ‘as soon as reasonably practicable’ accommodates the taking of steps for the purpose of informing the Minister of matters relevant to whether to life the bar to making a protection visa application. Assuming those inquiries were undertaken promptly, her detention in the meantime would be lawful. The requirement for those steps to be taken promptly was affirmed unanimously by the Court in Plaintiff M61/2010E. Absent this claim, her continuing detention would only have been lawful while steps were being taken to arrange for her removal from Australia as soon as reasonably practicable. The Chief Justice said that this is not a case in which the Court should consider reopening Al-Kateb in relation to either the construction or constitutional questions. However, nor is it necessary to confirm that Al-Kateb was correctly decided. Any reopening should only occur if necessary and subject to the usual criteria that apply to the High Court considering its previous decisions.

A majority of the Court has left open the possibility that Al-Kateb may be reopened if a future case raises the same factual issues. This would require detention of an unlawful non-citizen under s 189 of the Migration Act in circumstances where all administrative processes in relation to any claim for protection had been completed and where his or her removal from Australia was not reasonably practicable in the foreseeable future. Any applicant would also need to demonstrate that reopening was warranted, bearing in mind the strongly conservative cautionary principle that informs whether the Court should overrule one of its previous decisions. 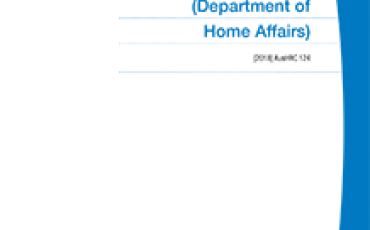 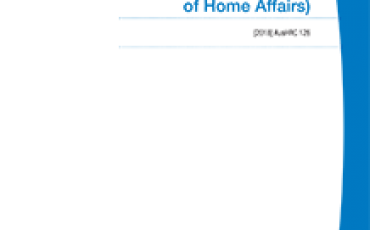 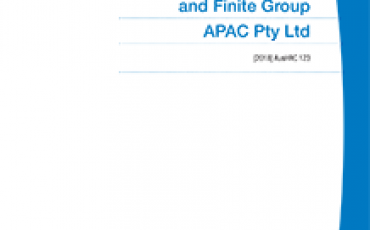