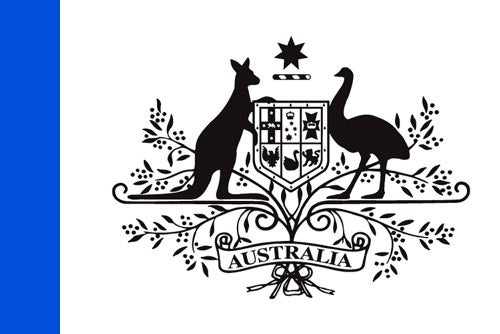 It also held that the marriage power in s 51(xxi) of the Constitution is broad enough to encompass same sex marriage.

The case indicates that it is open to the Commonwealth to legislate for same sex marriage at the federal level and potentially also for marriage between people regardless of gender, for example including intersex people who do not identify as male or female.

1. Scope of the marriage power

Most of the judgment is devoted to the question of the scope of the marriage power in s 51(xxi) of the Constitution.

Both of the parties (and Australian Marriage Equality Inc appearing as amicus curiae) submitted that the federal marriage power was broad enough to encompass same sex marriage, although none of the parties expressed a view about precisely what the scope of the power was.

The High Court said that it was necessary to decide whether s 51(xxi) permitted the Commonwealth to make a law with respect to same sex marriage because, if it did not, it may be that the ACT could validly provide for a type of union that the Commonwealth could not.

The Court held that the meaning of ‘marriage’ in s 51(xxi) was:

a consensual union formed between natural persons in accordance with legally prescribed requirements which is not only a union the law recognises as intended to endure and be terminable only in accordance with law but also a union to which the law accords a status affecting and defining mutual rights and obligations.

The Court said that this definition is broad enough to include marriage between persons of the same sex.  Although the Court was not required to deal with the issue, it appears that this definition would also be broad enough to include marriage between people regardless of gender.  For example, it could include people who do not identify as male or female.

In reaching this view, the Court said that the marriage power gives Parliament legislative power with respect to a status, reflective of a social institution, to which legal consequences attach and from which legal consequences flow.  At the time of federation, neither the social institution of marriage nor the rights and obligations attaching to the status of marriage were immutable.

Because the status and the legal consequences of the status have always been subject to change, there is no basis to read the marriage power as being limited to the state of the law at the time of federation.

2. Inconsistency between the ACT Act and the Marriage Act

The Court held that the Marriage Act is a comprehensive and exhaustive statement of the law of marriage.  Although the Commonwealth has the power to legislate for same sex marriage, the Marriage Act provides that the only kind of marriage that may currently be formed or recognised in Australia is the kind now provided for in that Act.

The 2004 amendments to the definition of ‘marriage’ made plain that for the purposes of the law of Australia marriage was ‘the union of a man and a woman to the exclusion of all others, voluntarily entered into for life’.  This definition contained an implicit ‘negative proposition’ that this was the only kind of marriage that could be recognised in Australia.

The object of the ACT Act was to provide for marriage equality for same sex couples.  Like the Marriage Act, the ACT Act provided for the creation of a legal status involving the union of two people to the exclusion of all others, voluntarily entered into for life.

This argument was rejected on the basis that while the Marriage Act regulates only part of the domain allowed under s 51(xxi) of the Constitution, it also contains the ‘negative proposition’ described above which means that it is the only kind of marriage that may currently be created or recognised.

If the Commonwealth chose to do so, it could expand the scope of the Marriage Act to allow same sex marriage.  However, the ACT was not able to validly legislate to provide for the status of ‘marriage’ for same sex couples.  The Court said that in considering whether a law providing for a particular status is inconsistent with the Marriage Act, it is necessary to consider the legal content and consequences of the status and not merely the description given to it.