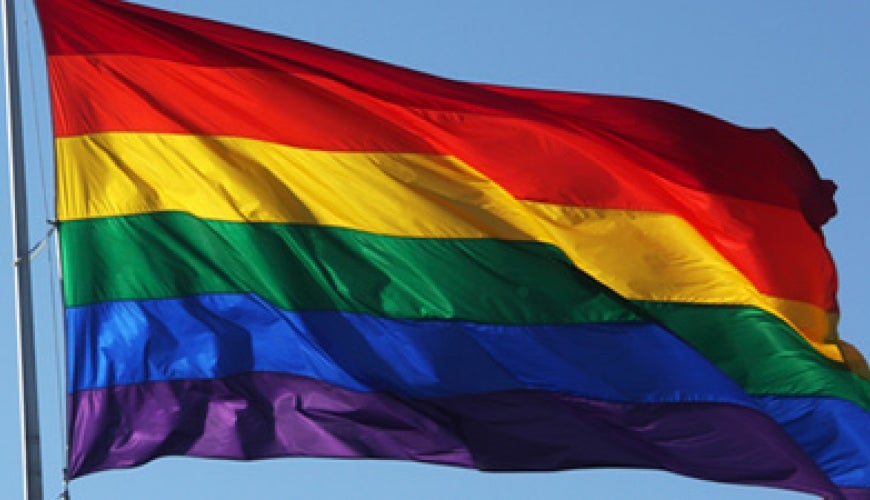 Do you think you have been discriminated against in employment for reasons relating to your sexuality? See our Complaints page for information on how to make a complaint to the Australian Human Rights Commission.

You can also make a complaint if you think your human rights (including rights under the International Covenant on Civil and Political Rights) have been breached.

The Commission understands that issues concerning sexual orientation are quite different to issues concerning sex and/or gender identity. However, the Commission is also mindful that some trans and intersex people feel strongly about the benefits of affiliation with the gay, lesbian and bisexual community. For this reason and because it is internationally recognised, the Commission uses the acronym ‘LGBTI’ which stands for Lesbian, Gay, Bisexual, Trans and Intersex. The T in LGBTI now stands for the more inclusive and less specific term ‘trans’ which has replaced ‘transgender’. On this page, the Commission addresses three distinct areas:

According to the Yogyakarta Principles, sexual orientation is understood to:

refer to each person’s capacity for profound emotional, affectional and sexual attraction to, and intimate and sexual relations with, individuals of a different gender or the same gender or more than one gender.

The Commission heard about some of the key issues facing the LGB community during its 2007 inquiry into discrimination against people in same-sex relationships. This report focused on financial and work-related entitlements and benefits particularly addressing the impact of discrimination in the areas of employment, workers’ compensation, tax, social security, veterans’ entitlements, health care, family law, superannuation, aged care and migration.

Click here for more information or to read the Same-Sex: Same Entitlements report.

There are a number of other significant issues facing the LGB community. These include:

Many terms have been used to describe people of diverse sex and/or gender identities. Some of these include agender, androgynous, cross dresser, drag king, drag queen, genderfluid, genderqueer, intergender, intersex, neutrois, pansexual, pan-gendered, third gender, third sex, transgender, transexed, transsexual, and without sex and gender identity. In addition, there are culturally specific terms, such as sistergirl and brotherboy, which are used by some Aboriginal and Torres Strait Islander people.

Sex Files is the concluding paper from the Commission’s sex and gender diversity project. The project specifically focused on issues concerning legal identity because it was the issue raised most frequently with the Commission. However there are a number of other significant issues facing people of diverse sex and/or gender identities. These include:

Click here for more information on the Commission’s sex and gender diversity project.

A person who is intersex is a person whose chromosomal, gonadal or anatomical sex is not exclusively ‘male’ or ‘female’.

There is no universal consensus on a broad term to describe all people who are intersex.

People who are intersex face many of the same issues around discrimination and recognition experienced by other LGBT people. However, there are a number of key issues specific to intersex people. These can be broadly categorised into the following areas:

For example, Article 2 of the ICCPR sets out the principle of non-discrimination:

Each State Party to the present Covenant undertakes to respect and ensure to all individuals within its territory and subject to its jurisdiction the rights recognised in the present Covenant, without distinction of any kind such as race, colour, sex, language, religion, political or other opinion, national or social origin, property, birth or other status.

Article 26 of the ICCPR sets out the principle of equality:

Commission's past projects and publications

In May and June 2008, the Commission sought the views of the sex and gender diverse community about the most pressing human rights issues facing their community.

Commission documents from the sex and gender diversity project include:

The Commission’s report of the Same-Sex: Same Entitlements Inquiry was tabled in Parliament on 21 June 2007, following a year-long national inquiry. The Commission recommended that the Australian Government amend laws which discriminate against same-sex couples and their children in the area of financial and work-related entitlements and benefits.

At the end of 2008, the government amended 84 laws which discriminated against same-sex couples in a wide range of areas including taxation, social security, employment, Medicare, veteran’s affairs, superannuation, worker’s compensation and family law. The Commission welcomes these reforms. Some of these laws commenced immediately while others commenced on 1 July 2009.

In 2000, the Commission and the Australian Youth Foundation developed a training manual called "Not Round Here: Affirming Diversity, Challenging Homophobia". The training manual is designed for use in anti-homophobia training for service providers whose clients and contacts include people who are gay, lesbian, bisexual or transgendered. It is particularly useful for rural service providers and includes training modules with a specific rural perspective.

Copies of the Manual are available in PDF format (2.05MB)

In 1999, the Commission examined federal legislation which established schemes to provide superannuation benefits to Commonwealth employees and members of the Australian Defence Force. In the event of the employee’s or member’s death, benefits are payable to a surviving spouse. However, the definition of ‘spouse’ in these enactments was held to be gender-specific, recognising only heterosexual relationships.

The Commission recommended that the relevant legislation be amended to remove provisions which impair equality of opportunity in employment and deny equal protection before the law. In particular, the report recommended replacing gender specific terms, such as ‘husband’, ‘wife’ and ‘spouse’ with gender neutral terminology so the benefits apply equally to opposite-sex and same-sex partners.

This discrimination was removed by the 2008 amendments to Commonwealth laws following the Same-Sex: Same Entitlements Report.

Discrimination on the grounds of sexual preference: Report of the Inquiry into Complaints of Discrimination in Employment and Occupation

In 1997, the Human Rights Commissioner inquired into a complaint of discrimination in employment on the grounds of sexual preference.

The Inquiry concerned the complaint made by Jacqui Griffin that the refusal of her application for classification as a teacher in Catholic schools by the Catholic Education Office was discriminatory. The Catholic Education Office said that Ms Griffith’s high profile in an organisation of gay and lesbian teachers and students and her public statements on sexuality meant that she was an unsuitable candidate.

The Human Rights Commissioner found that the refusal by the Catholic Education Office was discrimination on the ground of sexual preference.