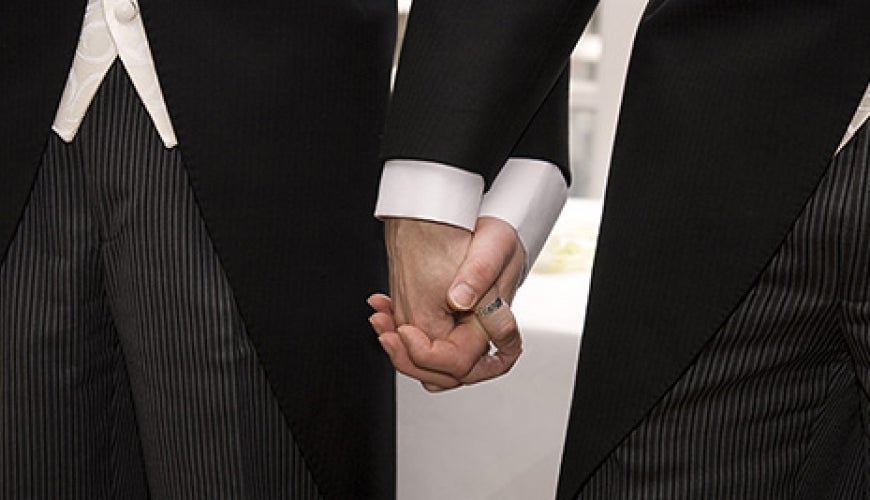 The Australian Human Rights Commission considers that the fundamental human rights principle of equality means that civil marriage should be available, without discrimination, to all couples, regardless of sex, sexual orientation or gender identity.

Marriage equality in a changing world

This information sheet gives an overview of the religious exemptions to unlawful discrimination in the Sex Discrimination Act 1984 (Cth) (SDA).

Submission to Senate inquiry into the matter of a popular vote, in the form of a plebiscite or referendum, on the matter of marriage in Australia 2015

Marriage equality: a return to substance over process
The debate on marriage equality this year has focussed on process: should parliament or the people vote on this issue? We now have a welcome move to substance.Six weeks ago, Attorney-General George Brandis got the ball rolling by releasing an...
Thursday 1 December 2016
Mr Edward Santow, Human Rights Commissioner

Genuine marriage equality is more than overdue
Imagine seeing the words "never married" on your new husband's death certificate. As if the grief of losing your husband while honeymooning wasn't traumatic enough.Marco Bulmer-Rizzi's husband, David, died after falling down stairs at a friend's...
Friday 29 January 2016
Professor Gillian Triggs, President

Same-sex marriage poll puts religious freedom in danger
Religious freedom could be seriously compromised if a referendum were held on whether same-sex couples were allowed to marry.Following the events of the week numerous people have talked up a referendum, not a plebiscite, as the “public vote” on...
Friday 14 August 2015
Tim Wilson, Human Rights Commissioner

Same-sex marriage: a law that protects the rights of all parties
A law can be designed to protect the rights of all and avoid a distracting and divisive debate on marriage for same-sex couples.There are two fundamental human rights that could be affected by any change: equality before the law and religious...
Saturday 8 August 2015
Tim Wilson, Human Rights Commissioner

Religious freedom and same-sex marriage need not be incompatible
Religious freedom isn’t sufficiently protected in any of the bills before the parliament to allow same-sex couples to marry.Last week the leader of the government in the Senate, Eric Abetz, raised concern that those of faith might suffer legal...
Monday 6 July 2015
Tim Wilson, Human Rights Commissioner

I want to hold your hand: LGBTI people have some surprisingly modest aspirations
Visibility remains one of the greatest challenges in tackling the legacy of state-sanctioned discrimination against people on the basis of their sexual orientation, gender identity and intersex status.In the past 30 years we’ve made great strides in...
Thursday 11 June 2015
Tim Wilson, Human Rights Commissioner

Same-sex marriage the ultimate victory for conservatives
That same-sex couples want to marry is a triumph of conservative values, not a threat to them.As the greatest conservative philosopher of the 20th century, Michael Oakeshott, wrote in On Being Conservative, the disposition is to “prefer the familiar...
Saturday 6 June 2015
Tim Wilson, Human Rights Commissioner