1. Case studies from the workplace

With the Australian workforce changing rapidly,
more and more employers are recognising the benefits that older workers bring to
their organisation: experience, reliability, dependability, to name a
few.

As these stories show, older workers are making a
positive impact in workplaces right across the country. And there are just as
many examples of employers who are giving them training, support and
opportunities to pursue their goals. 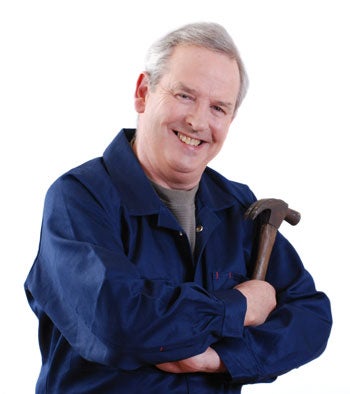 “It was a re-direction, not a
redundancy”

When Phillip Zuber was made redundant after 38
years service with the same company, he bought a boat and went
fishing.

“I spent a month in full time
retirement,” he says. “I was really despondent. At 52 it was hard to
be told that you’d reached your use by date.”

A close friend encouraged Phillip to put away the
fishing rod and keep looking for other opportunities. “He said it
wasn’t retirement, it wasn’t redundancy – it was a
re-direction. I didn’t realise at the time how true those words
were.”

Within a month Phillip’s wife and daughter
had encouraged him to apply for the position of handyman with Baptist Community
Services. An aircraft fitter and sheet metal worker by training, and later a
senior executive, Phillip knew he had the skills to do the job. But that
didn’t stop him being anxious.

“I was afraid of being rejected. I’d
heard an awful lot about people of my age applying for hundreds of jobs and not
getting anywhere,” he said.

“I felt I was about to enter a competition
where the odds were against me. To be honest, I was used to sitting on the other
side of the table employing people.”

Despite the nerves, Phillip’s openness and
people-skills impressed the interview panel. He got the job.

For the last two years he has been working in the
homes of the elderly and people with disabilities carrying out repairs and
making modifications. He says his age and experience has been an enormous
advantage when it comes to working with a diverse group of clients.

“I’ve got the ability to slow down and
have time for people these days. I’m not sure I would have been able to do
that in my younger years – I always had too much to do.”

The job has also stretched him to keep learning,
from working on his carpentry skills to navigating his way around a new
district.

“I used to go into the same office every day.
But no two days are the same here. I love taking in all the new information.
It’s incredibly stimulating.”

The home maintenance team at Baptist Community
Services is an even mix of younger and older workers, a combination Phillip
enjoys and one he believes helps to deliver positive results for
clients.

“I have some physical limitations at my age
and some of the younger fellows don’t have the skills,” he says.
“But that’s the benefit of having a balanced team –
there’s no job we can’t do when we put our ideas and experiences
together.” 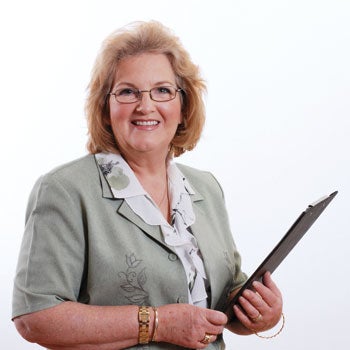 “I can do far more than I ever
thought”

When her youngest child reached the end of primary
school, Nicola Stuart decided it was time to take on a new challenge and
re-enter the workforce.

“I left school at 15, worked for a couple of
years, got married and then spent the next part of my life travelling with my
husband’s work,” she says. “I had no work experience to speak
of, although, after raising three children in three different countries, I had
very strong project management skills.”

Nicola enrolled in a “returning to
work” course at a local TAFE college, which helped her to brush up on
general work skills and, just as importantly, helped build her
confidence.

“My major concern was going into an office
and looking as though I didn’t know anything. If someone said to me,
‘Go and do this spreadsheet’, could I do it? That was a really scary
thing,” she said.

“I was lucky, however, because I got a job
through my work experience placement, which was a huge boost for my
confidence.”

After a year working on a casual basis, Nicola
applied for a part-time administrative position with Creata, a leading
promotions and marketing company. Six years later she has a full time position
coordinating the organisation’s inventory.

Nicola says the company made that transition easier
by helping her to balance work and family life.

“When I went full time I said that I needed
to finish by 4pm and they were happy to support me. They were conscious that my
son was still at school, so there was no pressure if I had to go home because
something happened or if I needed to take him to the doctor or
dentist.”

In return, Nicola feels her practical,
down-to-earth approach is helping deliver results for the company.

“Being that little bit older means that
I’m generally fairly relaxed about things and can put things in
perspective,” she says.

“I’m quite calm, I don’t fluster
particularly easily and I make sure that the work gets done on
time.”

Nicola has also become
proficient using a range of database and financial systems.

“I’m learning all the time,” she
says. “While I’ve built up a lot of knowledge over the last six
years, there are still lots of times where I go ‘Oh, I’ve never done
that before’. It’s a part of the job that I really
enjoy.”

On a personal level, her return to the workforce
has also taught her a lot about
herself. 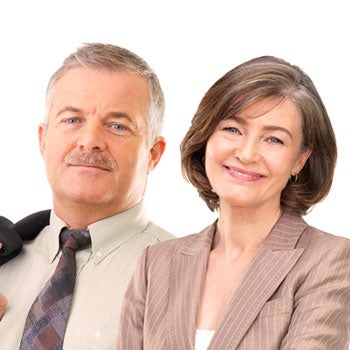 “I can’t train those
skills”

Keith Stevenson wasn’t happy. Sitting on an
interview panel to employ a handyman with Baptist Community Services, he had the
next applicant pegged as a ‘suit’.

“I turned to Christina, the centre manager,
and told her this was an hour of my life I wouldn’t get back,” he
recalls.

Phillip Zuber, 52, an aircraft fitter and sheet
metal worker, had spent the last part of his career working as a senior manager.
In Keith’s books that meant he wouldn’t want to get his hands dirty
on a job.

“I needed someone who would get in there and
do the toilet leaks and the sewer chokes – there was no way this guy would
be interested in doing that.”

Christina Mylonas saw things differently. She knew
that the job, working with the frail aged and people with disabilities, needed
someone who also had a genuine interest in people.

“In Phil’s application I saw a mature
person who wasn’t looking for a job because they wanted a job,” she
said. “This was someone who had consciously made a decision to change
direction, and that interested me.”

Throughout the course of the next hour,
Phil’s practical skills and people skills won over the interview panel.
From a field of 40 applicants, Phil was offered the job.

“At the back of my mind I did have some
concerns about Phil’s age – being a handyman is physically demanding
work,” said Christina. “The question was: was Phil worth the risk?
And we decided that he was.”

In the two years since there’s only been one
occasion where he’s had to ask for help.

“We were pouring a concrete path and Phil
said he had concerns about barrowing the concrete, which was giving him lower
back pain,” says Keith. “The team were happy to cover that part of
the job for him.”

In return Phil has used his years of experience as
a welder to support his colleagues.

“As an accredited trainer the value of the
in-house training he gives us is priceless,” says Keith. “The whole
team, myself included, has learnt a huge amount from him.”

“And the clients absolutely love him,”
says Christina. “While he’s mending the toilet or fixing a tap,
he’s able to take the time to listen to them. That’s often a skill
that comes with experience.”

According to Keith, many clients won’t have
anyone else in their home.

“When Phil goes into a client’s home he
also checks to see that if they’re able to look after themselves properly
or if they need extra help. If they need other services then he’ll seek
them out.

“That’s a special attribute. I
can’t train that. I can’t buy that. And I’m lucky enough to
have that with Phil.” 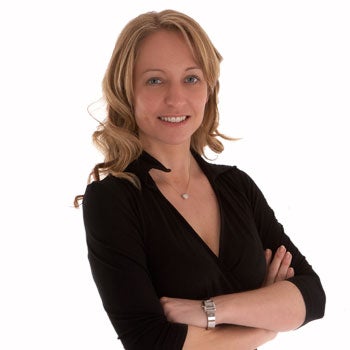 “Age is irrelevant – we get
the right person”

“When it comes to recruitment age is not a
consideration for us,” says Cassie Lee, a senior manager with promotions
and marketing firm Creata. “It all comes down to the person and how their
experience fits the job at hand.”

This is no empty rhetoric. The company’s two
Australian offices currently employ 81 people, with 40% of staff aged over
35.

“People come to the organisation with a wide
variety of life experiences and work experiences,” says Cassie.
“It’s a mix that creates a positive feel around the workplace, as
well as ensuring we have a well balanced team that can get the job
done.”

Nicola Stuart is one of the growing number of
mature workers employed by Creata. She re-entered the workforce when her
youngest child started high school and has been with the organisation for the
past six years.

In that time she’s progressed from a
part-time administrative role to a full time position controlling the
company’s inventory. According to Cassie, Nicola’s maturity and
commitment has been a major asset for the organisation.

“She also has a great ability to adapt to a
variety of situations and she takes on any challenge that she’s
given.”

Qualities, Cassie says, which make Nicola an ideal
role model and mentor for others.

“Mature workers like Nicola often do really
well because they have a lot of life experience and work experience to draw on.
That experience is something valuable they can share with younger
staff.”

In the current environment of strong employment,
retaining quality employees is a critical issue for many companies. According to
Cassie, an important first step is to get to know staff members as individuals
and find out what is important to them.

“Many workers today – both younger and
older – are after a job that helps them to balance other responsibilities
or commitments. They might have families, they might be studying or they might
have other interests they want to pursue.

“Companies need to look at how they can
accommodate these preferences. It could be something as simple as providing a
job on a part time basis, offering shorter hours or working out a job-share
arrangement.”

Helping employees to strike the right balance
creates a “win-win” situation for everyone, says Cassie.

“If a person feels valued by the
organisation, if they’re happy in their job and the people around them at
work are happy, then you can be pretty confident that the company will be
performing well.