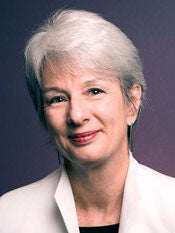 At the time of her appointment as President of the Commission, she was a judge of the Federal Court of Australia, a position she had held since 1994. The Federal Court is a superior court with wide original and appellate jurisdiction including jurisdiction to hear and determine complaints alleging unlawful discrimination under Commonwealth anti-discrimination laws and in other areas of human rights law including refugee law.

Prior to her appointment as a judge, she practiced as a barrister at the Adelaide Bar in South Australia, principally in the areas of administrative law, including discrimination law, and commercial law. She was appointed Queen’s Counsel in 1992. Between 1984-89, she was Crown Solicitor of South Australia and the CEO of the South Australian Attorney-General’s Department. Ms Branson holds a Bachelor of Arts and a Bachelor of Laws from the University of Adelaide. 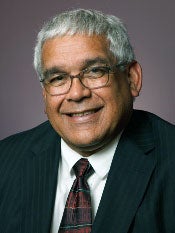 Mick Gooda is a descendent of the Gangulu people of central Queensland. He is a senior executive with 25 years experience and a record of attaining high-level goals and leading multi-million dollar service programs and organisational reform.

Mick has extensive knowledge of the diversity of circumstance and cultural nuances of Aboriginal and Torres Strait Islander peoples throughout Australia. He has been actively involved in advocacy in Indigenous affairs throughout Australia and has delivered strategic and sustainable results in remote, rural and urban environments. Mick has played a leadership role in a range of areas including: Acting Chief Executive Officer of the Aboriginal and Torres Strait Islander Commission and Senior Consultant to the Aboriginal Legal Service (WA).

He is highly experienced in policy and program development in the public and community sectors.

Mick is also currently a Board Member of the Centre for Rural and Remote Mental Health Queensland, and is the Australian representative on the International Indigenous Council which focuses on healing and addictions. He also has an interest in the Lateral Violence Program in Canada and has been working closely with the First Nation people of Canada on the relevance of this program to Australia. 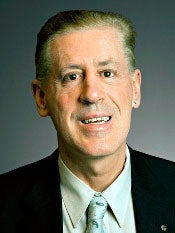 Graeme is a Lawyer, Mediator and Company Director. He has been a Human Rights Practitioner for 30 years in NSW, WA and nationally.

As Commissioner, Graeme has led or contributed to the success of a number of initiatives. These have included the Same Sex: Same Entitlements inquiry, which resulted in removal of discrimination across federal law; the drafting of the United Nations Convention on the Rights of Persons with Disabilities, and its ratification by Australia; the development of the National Disability Strategy and the Disability (Access to Premises – buildings) Standards 2010; as well as establishment of the Lifetime Housing Foundation. Graeme has also been an active high profile advocate for the implementation of cinema captioning and audio descriptions and, as Human Rights Commissioner, undertook three annual inspections of Australia’s Immigration Detention facilities.

Graeme has been a Member of the NSW Administrative Decisions Tribunal; the NSW Consumer, Trader and Tenancy Tribunal; and the Social Security Appeals Tribunal. He has also been a Hearing Commissioner with the Human Rights and Equal Opportunity Commission.

Graeme was Chair of the Disability Advisory Council of Australia, and the first Chair of Australia’s national blindness agency, Vision Australia.

Graeme is married with an adult son and a daughter in primary school. He enjoys cricket (as a spectator) and sailing (as a participant), and relaxes by drinking fine Australian white wine. 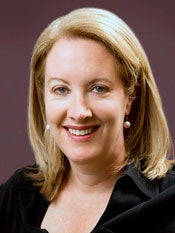 Prior to her appointment as Sex Discrimination Commissioner and Commissioner responsible for Age Discrimination, Elizabeth was a partner at Blake Dawson and developed the firm’s business case for flexibility in the workplace. Her efforts contributed to creating a workplace where more than 20 percent of the law firm’s workforce now uses flexible work arrangements.

Elizabeth has travelled the length and breadth of Australia listening to the gender equality and age discrimination concerns of women and men.

In 2009 she accompanied a group of Aboriginal women to the United Nations where they told their story of rebuilding their community following years of alcohol abuse. This opportunity enabled community womens’ voices to be heard on a global stage.

She has been a strong advocate for Australia’s national paid parental leave scheme and more recently has championed the changes to the ASX Corporate Governance Principles to increase the number of women at decision making level.

Elizabeth is an advisor on women’s issues to the Australian Chief of the Defence Force, a member of the University of Technology Sydney (UTS) Advisory Board, the Vic Health Advisory Board and the ANU Centre for Public and International Law.

Elizabeth is married and has two young children.