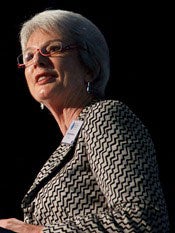 In early 2011 the Australian Human Rights Commission celebrated 25 years of operation. It was an occasion for us to identify lessons from the past and to envision how we can work even more effectively to fulfil our statutory mandate to protect and promote human rights in Australia.

Coincidentally, early 2011 was also the time when Australia underwent its first Universal Periodic Review before the Human Rights Council of the United Nations. The Commission, together with a number of non-government organisations, contributed information to this process. It gave us the benefit of the views of other nations on our country’s human rights record. I commend the Australian Government for accepting, in whole or in part, a high percentage of the recommendations made to it during the UPR and for its commitment to incorporate accepted recommendations into the National Action Plan on Human Rights which forms part of the Australian Human Rights Framework.

The Australian Human Rights Framework, which was announced by the Attorney-General in April 2010, is an important new element of the environment in which we work. It places particular emphasis on human rights education. It also includes commitments to improved Parliamentary scrutiny of legislation for compliance with Australia’s international human rights obligations.

It was therefore timely that this year we prepared our Strategic Plan 2011-2014 which will guide the formulation of our annual work plans over the next three years. During this period the Commission will continue to work on the two core priorities that have informed our work over the past year: building community understanding and respect for rights and tackling violence, harassment and bullying.

We look to the future in the knowledge that human rights protections in Australia have been strengthened during the past year by:

As activities under the Australian Human Rights Framework are fully implemented, we expect that these protections will be further strengthened.

In fulfilment of our two core priorities, the Commission has undertaken a wide range of activities which are referred to later in this report. Highlights include developing tools to assist bystanders to address bullying, particularly on the internet and through social networking, and the development of web-based initiatives to inform the community about the everyday application of human rights to their lives and communities.

During the past year I have led the Commission’s work monitoring the human rights impacts of Australia’s system of mandatory, prolonged and indefinite immigration detention.

The Commission’s longstanding concerns about Australia’s immigration detention system have escalated over the past year as the number of people in detention has grown, people have been detained for longer periods and incidents of self-harm and suicide have increased.

Our inspections of places of detention have raised some serious concerns about the conditions of detention in some facilities, including the impacts of detaining people in remote locations, often in overcrowded conditions; in facilities with inappropriate infrastructure, including intrusive security measures; and often with limited access to health and mental health services, communication facilities, educational and recreational opportunities, and limited opportunities to leave the detention environment on excursions.

The impacts of these factors and prolonged and indefinite detention have significant impacts on the health and mental health of people held in these facilities.

We have welcomed the movement of large numbers of families with children and unaccompanied minors into community detention and hope to see this program expanded. We continue to urge the Australian Government to end the current system of mandatory, prolonged and indefinite detention and to make greater use of community-based alternatives that allow for the protection of the community while at the same time ensuring that people are treated in line with human rights standards.

As Human Rights Commissioner, I have also continued to advocate for the ratification and implementation of the Optional Protocol to the Convention against Torture. This would require Australia to establish a national system of monitoring conditions in all places of detention.

I have conducted public consultations to canvas the experience and views of people who may have been discriminated against on the basis of their sexual orientation or their sex and/or gender identity. These consultations identified the importance of prohibiting such discrimination in federal law in order both to provide legal remedies and to send a clear message that violence and other discrimination is not acceptable. As the Government has committed to introducing this protection as part of the consolidation of federal discrimination laws, the report of this consultation will be an important resource for the harmonisation project.