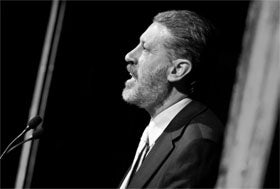 8.1 STATEMENT FROM THE COMMISSIONER

The 2007-08 year has involved work on a wide range of human rights issues. This year we set ourselves the task of creating a significant human rights resource on the Human Rights web pages of the HREOC website. Our achievement includes new pages regarding the following issues: a charter of rights for Australia; children’s rights; corporate social responsibility; criminal record discrimination; discrimination in employment; gay, lesbian, bisexual, transgender and intersex equality; housing and homelessness; immigration, asylum seekers and refugees; the right to vote; and prisoners’ rights.

A significant priority for the year has been follow-up work from the Same-Sex: Same Entitlements Inquiry. The year began with a nationwide round of launch events drawing attention to the Inquiry’s findings and recommendations and thanking local communities for their contributions. In April 2008, ten months after the Inquiry was tabled in Parliament, I was delighted to hear the government’s announcement that they intended to remove all discrimination against same-sex couples. The first piece of reform legislation, removing discrimination against those in same-sex couples who are members of Commonwealth superannuation funds, was introduced in late May 2008. We look forward to the introduction and passage of the remainder of the reform legislation.

During the reporting period, I continued my annual inspections of immigration detention centres, completing a report on inspections during 2007, and then commencing the next round of inspections in June 2008.

Finally, 2007-08 has seen the commencement of important new project work in the areas of sex and gender diversity, corporate social responsibility and a charter of rights for Australia. The scope of this work is detailed later in this chapter.

In 2008-09, we hope that we will finally see the removal of discrimination against people in same-sex relationships in federal law with the passage of the reform legislation. We will continue our project work in a range of areas. Increasingly, our focus will be on the need for enhanced human rights protections in Australia and the capacity of a federal charter of rights to provide this protection. We will play a key role in the national consultation regarding human rights protections. 2008-09 will be an exciting and challenging year for myself and my team.

This year saw the launch of the Same-Sex: Same Entitlements Inquiry Report. The official launch of the report was on 22 June 2007 in Sydney. From July onwards, launch events were held in Canberra, Melbourne, Hobart, Brisbane, Adelaide, Perth and Darwin. These events offered a great opportunity to report back to local communities on the findings and recommendations of the Inquiry.

HREOC monitored developments in this area throughout the year, consistently calling on the government to amend the discriminatory legislation. In September, the Commissioner participated in a parliamentary Inquiry regarding the Democrat’s private members bill introduced in response to the Same-Sex: Same Entitlements Inquiry. The Commissioner and a number of HREOC staff took part in the 30th Gay and Lesbian Mardi Gras, showcasing the Same-Sex: Same Entitlements report in the parade. Prior to the event, the Commissioner called on the Australian Government to take action.

In April 2008, ten months after the report’s release, the government announced that it would introduce legislation to remove all discrimination faced by same-sex couples in federal law. At the end of May, the first reform bill, removing discrimination from Commonwealth superannuation funds, was introduced to Parliament. HREOC welcomed this historic move towards removing the significant remaining discrimination faced by same-sex couples. The Commissioner had ongoing dialogue with the government and the Attorney-General’s Department during the implementation of the reform.

Project work in the area of sex and gender diversity commenced in 2007-08. This work flowed directly from the Same-Sex: Same Entitlements inquiry. during the Inquiry, HREOC heard from a number of transgender, transsexual and intersex individuals and groups about issues of concern to them. The Inquiry did not make any recommendations relating to these issues, as they did not fall directly within its terms of reference. However, recognising their importance, early in 2007, HREOC initiated a project on the human rights concerns of people who are sex and gender diverse.

An initial consultation focussed on four broad areas of concern: official and identity documents; health policy and services; protection from discrimination; and education and awareness. The initial consultation revealed that one of the issues of most concern to people who are sex and gender diverse is the ability to change identity documents including birth certificates, passports and drivers licences. This is the main focus of continuing project work in this area.

HREOC also completed significant internal research work regarding charter issues and commenced development of a plan for ongoing charter of rights work, with a focus on facilitating community engagement in the national consultation. 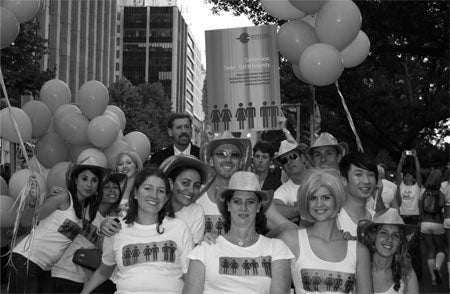 * * * * * * * * * * * * * * * *
The Commissioner and members of HREOC staff marched
in the 30th Gay and Lesbian Mardi Gras parade to
showcase HREOC's Same Sex: Same Entitlements report.
In April 2008, ten months after its release, the government
announced it would introduce legislation to remove all
discrimination faced by same-sex couples in federal law

This year HREOC commenced a project regarding human rights and corporate social responsibility (CSR). The project commenced by mapping the current connections between human rights and CSR in Australia. The Commissioner held a wide range of meetings with CSR executives from major Australian companies. The project will develop resources that will assist corporations to include human rights issues in their CSRprograms.

8.3 MONITORING AND ADHERING TO HUMAN Rights

The Commissioner conducted inspections of all mainland immigration detention facilities between August and November 2007. In December 2007 an inspection report was published on the HREOC website at www.humanrights.gov.au/human_rights/immigration/idc2007.html

The inspection report notes that the improvements observed in the 2006 inspections have generally been maintained. In particular, the report commended the Department of Immigration and Citizenship (DIAC) and the private contractors involved in detention services, GSL, on substantial improvements made at the Northern Immigration Detention Centre. The report also noted continuing efforts to improve the physical environment and to roll out much-needed refurbishments and renovations in some centres.

However, the inspection report expressed disappointment that there have been no improvements to Stage 1 of Villawood Immigration Detention Centre. It remains the most prison-like of all facilities and it houses some of the most long-term detainees. Previous HREOC inspection reports recommended that Stage 1 be demolished, a recommendation reiterated in this report.

Most importantly, the inspection report reiterated the view that detainees are still held in detention for too long. the report argues that alternatives to detention in immigration detention centres should be used more readily to help alleviate the serious health and mental health issues which often arise from long-term detention.

The inspection report makes 26 recommendations for improvements to the law governing detention, the administration and conditions inside detention centres. DIAC and GSL both responded to the report.

Commissioner Innes continues to engage with DIAC on a variety of immigration issues. HREOC has provided comments to DIAC on a number of Draft Instructions that provide guidance to departmental and detention services staff on specific aspects of immigration detention. They are currently being reviewed by DIAC. HREOC also coordinated comments on DIAC’s draft Reasonable Use of Force Policy in immigration compliance operations. 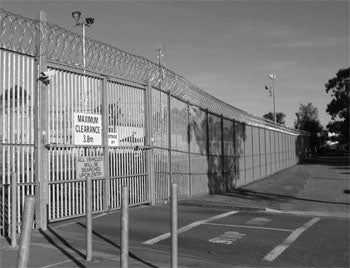 8.3.2 Optional Protocol to the Convention against Torture and other Cruel, inhuman and degrading treatment

In March 2008, the government announced its intention to sign the Optional Protocol to the Convention against torture and other Cruel, and (OPCAT). As a party to OPCAT, Australia would be required to establish a national system of visits to all places of detention under Australia’s jurisdiction and control, with the aim of preventing the mistreatment of those who are detained. HREOC has commenced research, considering the most appropriate form for this new national system.

This year an extensive update of the Human Rights web pages took place and a series of short papers on significant human rights issues were completed and posted. This material may be found at www.humanrights.gov.au/human_rights/issues/index.html

The issues covered include:

HROEC contributes to legislative development by making written and oral submissions to parliamentary and other inquiries. Submissions made by hreoC in 2007-08 include:

April 2008 Senate Standing Committee on Environment, Communications and the Arts: Inquiry into the Sexualisation of Children in the Contemporary Media Environment

April 2008 Submission to the australia 2020 Summit

May 2008 Joint Standing Committee into Electoral Matters: Inquiry into the 2007 Federal Election

The Commissioner made a significant number of speeches in 2007-2008, listed below. These speeches can be accessed on HREOC’s website at www.humanrights.gov.au/about/media/speeches/human_rights 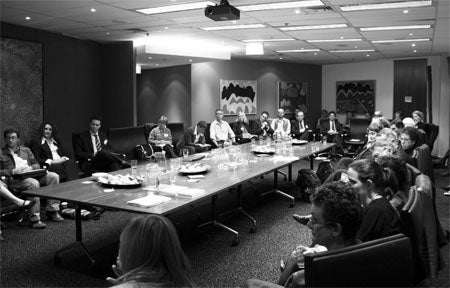