Building Social Cohesion in our Communities 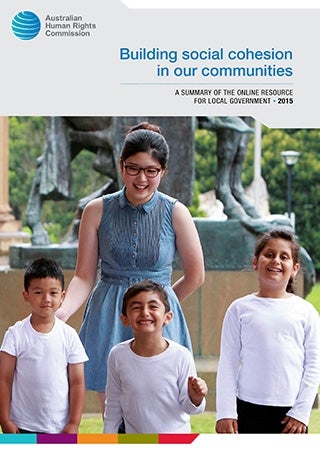 It aims to help local governments to:

The online resource is structured around five elements for social cohesion. It features case studies from local governments around Australia, tips for implementing good practice at the local level and links to further resources.

The online resource is available at www.acelg.org.au/socialcohesion

Why is social cohesion important for local government?

Social cohesion refers to positive social relationships – it is the bond or ‘glue’ that binds people.[1] A socially cohesive society is one which works towards the wellbeing of all its members, fights exclusion and marginalisation, creates a sense of belonging, promotes trust and offers its members the opportunity of upward mobility.[2]

Compared to other countries, Australia has a remarkable degree of social cohesion given its diversity. However, maintaining this cohesion can be a challenge.

Rapid social change, particularly in growth areas, can result in disharmony between newly arrived groups and established communities. Social tensions in the wider community can also play out at the local level.

Local governments are at the centre of this ever-changing environment. They know and understand their communities better than any other level of government. They deliver economic, environmental and social outcomes across a range of areas which affect community cohesion. As such, they are well placed to implement initiatives to reap the benefits of stronger, more resilient and productive communities.

1 Get your local government ready

Good practice involves local government making a commitment to build social cohesion and then implementing the policies and processes to support this.

The Scanlon-Monash Index can be used either in its entirety or by using one or more domain (especially belonging; acceptance and rejection, legitimacy; and worth) to measure social cohesion.

Use the checklist in the online resource to conduct an audit of policies and procedures to ensure they support social cohesion objectives.

Use the checklist in the online resource to conduct an audit of policies and procedures to ensure they support social cohesion objectives.

2 Engage the community to understand the issues

Local governments need to understand their communities and where there is potential for tensions to arise between different groups.

Templates to assess and understand the community

Use the templates in the online resource to:

Logan City Council, Queensland – Worked in partnership with Queensland Rugby Union to keep young people at school and use sport to build meaningful and more cohesive relationships between Pacific Islander communities and other cultural groups

City of Charles Sturt, South Australia – Has a Cultural Diversity Policy and a website with customised tools which can be used to undertake cultural and demographic mapping of the region’s diversity

Canterbury City Council, NSW – Has an Advocacy in Community Services Policy to ensure that vulnerable people within the community have access to information about Council services and opportunities

Hindmarsh Shire, Victoria – Worked with a local employer to increase access to jobs for the Karen community

City of Greater Bendigo, Victoria – Supported establishment of the Bendigo Interfaith Council to increase acceptance of different religions given the changing profile of the community

Actions to build social cohesion need a local focus and should meet the specific needs of the community.

Shire of Katanning, Western Australia – Has a series of programs for young people from culturally and linguistically diverse communities

City of Darebin, Victoria – Launched a Say No to Racism project including a training package with a manual and DVD for the community to address racism via bystander action

City of Whittlesea, Victoria – Used the See Beyond Race social marketing campaign to break down prejudices and stereotypes by providing insights into the lives of five local residents

Local governments should evaluate their social cohesion efforts to ensure resources are allocated efficiently and effectively.

Consider what sources can provide data, including:

Brimbank City Council, Victoria – Obtained formal feedback from participants in its program to encourage participation in civic and community life by people from culturally and linguistically diverse communities

The Building Social Cohesion in our Communities online resource was developed by the Australian Centre of Excellence for Local Government for the Australian Human Rights Commission under the National Anti-Racism Strategy.

The online resource is available at www.acelg.org.au/socialcohesion

ACELG is creating a community of practice around social cohesion and would welcome any local government case studies.

Please submit them at: social.cohesion@acelg.org.au 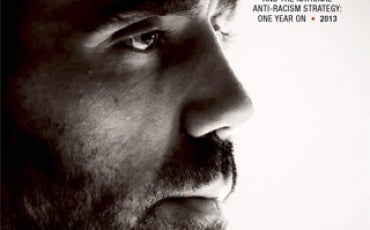 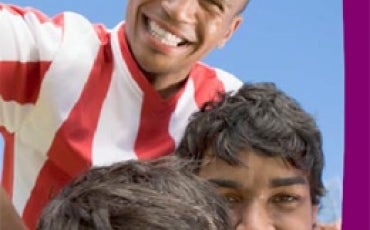