Legislative and other measures for implementation 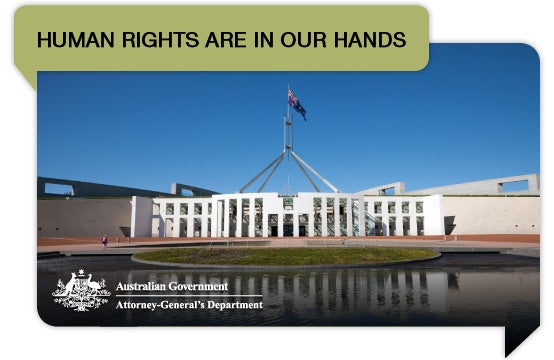 The Human Rights Committee in its General Comment 3: Implementation at the National Level has emphasised that obligations under the ICCPR are not confined to take legislative measures. In particular the Commitee emphasised obligations to provide information and education on human rights. The Committee also noted the desirability of governments giving publicity to their co-operation with the Committee.

Implementation of human rights treaties in a Federation

The provisions of the present Covenant shall extend to all parts of federal States without any limitations or exceptions.

In ratifying the ICCPR Australia made a declaration as follows:

Australia has a federal constitutional system in which legislative, executive and judicial powers are shared or distributed between the Commonwealth and the constituent States. The implementation of the treaty throughout Australia will be effected by the Commonwealth, State and Territory authorities having regard to their respective constitutional powers and arrangements concerning their exercise

Clearly, this Declaration is not a reservation. It explains that Australia's obligations may be implemented by action at State level in some cases rather than being a reservation by which Australia limits its obligations.