Nature of obligations regarding economic, social and cultural rights 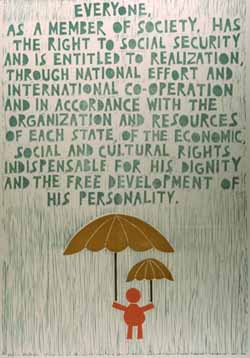 This provision varies significantly from the equivalent provision in ICCPR Article 2.1, including in referring to the concept of progressive realisation. ICESCR also lacks the requirement provided by ICCPR Article 2.3 for effective remedies.

In its General Comment 3: The nature of States parties obligations (adopted at a time when Professor Philip Alston of Australia was Rapporteur for the Committee), the Committee on Economic Social and Cultural Rights provided detailed commentary on obligations under ICESCR Article 2 as follows:

Comments are invited on issues raised on this page, including suggestions for additions, amendments or additional resources, using the Comments field at the end of this page. Please note that