Human rights and the Internet 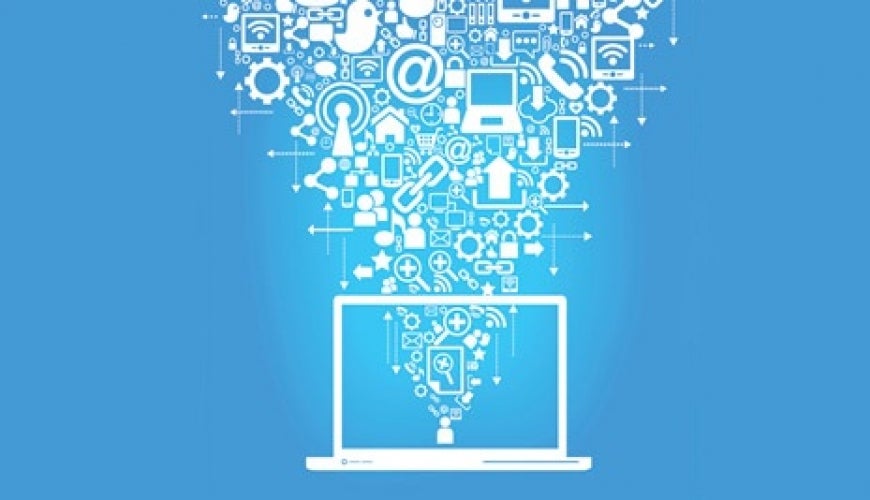 “the Internet is one of the most powerful instruments of the 21st century for increasing transparency in the conduct of the powerful, access to information, and for facilitating active citizen participation in building democratic societies.”
-United Nations Special Rapporteur on the promotion and protection of the right to freedom of opinion and expression, Frank La Rue

Why is use of the Internet a human rights issue?

The Internet provides unparalleled opportunities for the promotion and advancement of certain rights, most centrally the right to seek, receive and impart information (article 19 of the International Covenant on Civil and Political Rights (ICCPR)). However, it also provides a new medium through which persons can (and do) publish hateful or discriminatory comments, and intimidate and harass others, in a manner which undermines the human rights of those who are targeted.

Recognition from the United Nations

The significance of the rise of the Internet from a human rights perspective has been noted by the UN Human Rights Council. Following a report from the Special Rapporteur on the promotion and protection of the right to freedom of opinion and expression (A/HRC/17/27), the Council passed a motion on 29 June 2012 recognizing ‘the global and open nature of the Internet as a driving force in accelerating progress towards development in its various forms’ and calling upon ‘all States to promote and facilitate access to the Internet and international cooperation aimed at the development of media and information and communications facilities in all countries’.

The Council also affirmed that ‘the same rights that people have offline must also be protected online’ (mentioning in particular freedom of expression). The UN Special Rapporteur similarly recognized that ‘like all technological inventions, the Internet can be misused to cause harm to others’, and therefore that, as an exceptional measure, a restriction may be imposed on online content to protect the rights of others, provided it passes the strict test set out in article 19(3) of the ICCPR.  (Click here for further information about the right in article 19).

Commission work on human rights and the Internet

The Commission has worked and continues to work on a range of human rights issues connected with the Internet as they have intersected with the Commission’s work on race, disability and age discrimination, and violence, harassment and bullying, as well as freedom of expression and information.

Most recently, the Commission has produced a Background Paper: Human rights in cyberspace, which explores three issues:

The paper also provides a backdrop to the work done by the Commission relating to human rights and the Internet, set out below.

Right of people with disability to access the Internet

"The power of the Web is in its universality. Access by everyone regardless of disability is an essential aspect."
-Tim Berners-Lee, W3C Director and inventor of the World Wide Web

The UN Special Rapporteur on article 19 recognised in his report that persons with disabilities ‘often face barriers to accessing the Internet in a way that is meaningful, relevant and useful to them in their daily lives’, leading to a ‘digital divide’ between groups who have effective access to the Internet and those who do not. The Commission has been working in this area for almost two decades, including producing:

The growing importance of the Internet to all aspects of life (including delivery of services by business and government) means that the ‘digital divide’ which results from the difficulty older Australians face in accessing and safely utilising the Internet constitutes a form of age discrimination. The Commission’s work to address this issue includes:

People have a right not to be discriminated against on the basis of their race, and are entitled to protection of this right when they are online. In Australia, racially offensive material on the Internet may be unlawful under s 18C of the Racial Discrimination Act 1975. Section 18C applies to public comments that cause offence, insult, threat and intimidation based on race. The provision seeks to balance the right to freedom of expression with the right of individuals and groups to protection from harassment and fear because of their race.

The Commission has done work in the area of cyber-racism over a number of years. In 2002 the Commission hosted a symposium on cyber-racism, which brought together senior representatives from the IT industry, federal regulatory bodies, legal practice and racial equality groups and expert academics. Materials connected with that symposium are available here, and include:

In 2008 cyber-racism was addressed in the context of racial and religious discrimination and vilification in the Commission's submission to the United Nations High Commissioner of Human Rights on Combating the "Defamation of Religions".

In 2010 the Commission together with the Internet Industry Association hosted a Cyber-racism Summit on 27 April 2010. A communiqué from the summit is available.

As is illustrated in the Race Discrimination Commissioner’s Agenda for Racial Equality 2012-2016, combating cyber-racism continues to be a priority within the Commission’s work on race discrimination.

Over the next 3 years the Commission will be partnering with academia as part of a new Australian Research Council project on cyber-racism and community resilience. The project will include a review of the Australian legal, regulatory and policy framework that surrounds racist speech on the Internet. The aim of the project is to contribute towards the development of new approaches to the regulation of cyber-racism and to co-operative work between industry and regulators to improve responses to cyber-racism.

Sexual harassment over the Internet

The Sexual Discrimination Act 1984 (Cth) prohibits sexual harassment in employment and educational institutions, in the provision of goods, services, facilities and accommodation, in dealings in relation to land, and in relation to clubs. This prohibition includes harassment which is conducted through new technologies such as social networking websites, e-mail, SMS communications, and mobile telephone cameras.

The Commission has conducted national sexual harassment phone surveys over several years to gather evidence about the prevalence, nature and extent of sexual harassment in Australian workplaces. The Commission’s 2012 Workplace Sexual Harassment Survey revealed that 17% of those surveyed had received sexually explicit emails or text messages, and 4% had experienced repeated and/or inappropriate advances on email, social networking websites or Internet chat rooms. That survey also found that the Internet was the preferred source of information about sexual harassment for the majority of those surveyed.

Children should be able to exercise their rights (to freedom of expression, to access information, to education, etc.) online in an environment in which their rights to privacy and to be protected from abuse and exploitation are protected. The Commission’s work on cyber-safety for children includes:

Cyber-bullying as a form of lateral violence within Indigenous communities

RightsTalks on human rights and the Internet

The Commission is holding a series of public talks entitled ‘RightsTalk’. These talks are designed to provide a regular forum for the public to come to the Commission to engage in discussion with guest speakers on topical human rights issues.

A number of Rightstalks focus of human rights issues connected with the Internet. Topics for RightsTalks have included: