Right to freedom of information, opinion and expression 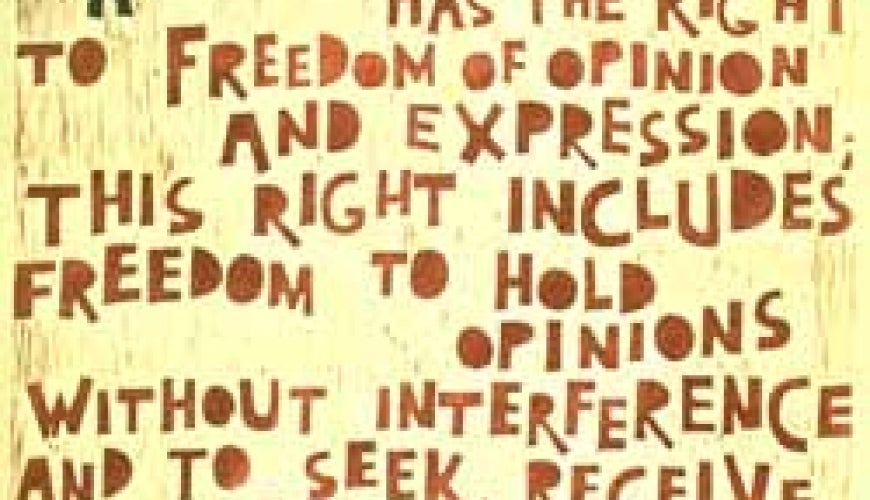 This page provides access to a range of Commission work regarding the right to freedom of information, opinion and expression.

More resources are available on our Human Rights: Right by Right page for freedom of information, opinion and expression, including

Projects on access and safety in online information and communication

As noted by the Human Rights Committee, Article 19 requires protection of the right to seek as well as impart information. It also applies to any media, and so applies to online information and communication as well as older media such as print, radio and television.

The Commission has worked on a range of barriers to exercise of the right to freedom of information and expression in online environments. For more details see

In Attorney-General for South Australia v Corporation of the City of Adelaide and Ors a majority of the Court upheld a local government by-law prohibiting activities such as preaching or distributing pamphlets on public roads (such as footpaths or malls) without permission. The Human Rights Law Centre has criticised the decision on the basis that less restrictive measures could have been taken to protect the rights of other persons

In Monis v the Queen; Doudis v the Queen the Court divided 3 each way on whether provisions in the Criminal Code which prohibit using a postal or similar service in a way that "reasonable persons would regard as being, in all the circumstances, menacing, harassing or offensive" are consistent with the freedom of political communication which the Court has previously found to be implicit in the Constitution.The Commission has prepared a brief Casenote discussing the issues in this case.