Right to self determination

Back to Rights and Freedoms: right by right 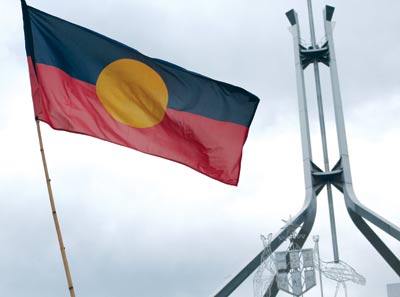 Article 1 of both Covenants

Article 1 of both Covenants states:

A right of peoples rather than individuals

The right to self-determination is a right of 'peoples' rather than of individuals.

The Human Rights Committee has declined to consider individual complaints about the right under the First Optional Protocol to the ICCPR. It is, however, possible that in an appropriate case an organisation or an individual might be able to bring a complaint to the Australian Human Rights Commission regarding respect for or protection of this right.

Self determination and the Australian people

The system of Government established under the Commonwealth Constitution involves the exercise of the right to self determination by the whole Australian people. This includes

The right to self determination, together with the rights recognised in Article 25 of the ICCPR, may also be seen as relevant to issues of open and accountable government and to ensuring consultation with and appropriate participation in decision making for people affected by Government decisions.

The Commission is working in support of constitutional recognition of Aboriginal and Torres Strait Islander peoples as Australia's first peoples.

Self determination and Australia's first peoples

The right to self determination has particular application to Aboriginal and Torres Strait Islander peoples as Australia’s first peoples.

The right of self-determination for Aboriginal and Torres Strait Islander peoples is in addition to the right which everyone has to freedom from discrimination (including under ICCPR articles 2.1 and 26) and which members of all ethnic, religious or linguistic minorities have to enjoy their own culture, profess and practice their religion, and use their own religion.

Declaration on the Rights of Indigenous Peoples

The right to self determination as it applies to indigenous peoples is explained further in Article 3 of the Declaration on the Rights of Indigenous Peoples.

The Declaration also informs understanding of how other existing rights specifically apply to Aboriginal and Torres Strait Islander peoples.

“Australia’s existing international obligations are mirrored in the Declaration”.

Australia's response to the Universal Periodic Review recommendations in June 2011 stated that the Australian Government supports promotion of and respect for the principles in the Declaration.

Self determination and native title

The Commission has particular responsibilities for monitoring and reporting on the operation of the system for recognition of native title in view of the significant of land and sea rights for the effective realisation of the rights of Aboriginal and Torres Strait Islander peoples to self determination. Click here for more on the Commission and native title including

The Commission worked towards and welcomed the establishment of the  National Congress of Australia's First Peoples as a mechanism for implementation of the right to self determination.

As part of the steering committee, we are proud to have assisted with the creation of the National Congress of Australia's First Peoples. The Congress was incorporated, and its eight founding Directors appointed, on 2 May 2010. Establishment of this body means Aboriginal and Torres Strait Islander peoples have a national representative voice. Governments now have the opportunity to improve outcomes for Indigenous peoples through policies and programs developed in an environment of meaningful engagement. (Commission Annual Report, 2009-10)

Under article 4 of the ICCPR, countries may take measures derogating from certain of their obligations under the Covenant, 'in time of public emergency which threatens the life of the nation and the existence of which is officially proclaimed'.

Such measures may only be taken 'to the extent strictly required by the exigencies of the situation, provided that such measures are not inconsistent with their other obligations under international law and do not involve discrimination solely on the ground of race, colour, sex, language, religion or social origin.'

While derogation to article 1 is not explicitly precluded, such derogation may be inconsistent with Australia's 'other obligations under international law', given that article 1 of the Charter of the United Nations refers to 'the principle of equal rights and self-determination of peoples' when enumerating the purposes of the UN.

The Commission has made clear in submissions, speeches, and other documents regarding the implementation and need for revision of the Northern Territory Emergency Response that the situation prompting the Intervention does not satisfy the conditions for derogation from Australia’s obligations under the core human rights instruments and that measures in this area need to be designed and implemented consistent with these obligations.