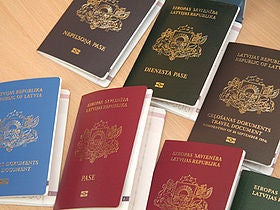 Human rights are not restricted to citizens.

Article 2.1 of the ICCPR states that each party must ensure the rights to the Covenant to "all individuals within its territory and subject to its jurisdiction".

The Human Rights Committee General Comment 15: The position of aliens under the Covenant provides very helpful guidance in this area, as follows:

Australian Human Rights Commission Act Report No. 15: Report of an inquiry into a complaint by Ms Elizabeth Ching concerning the cancellating of her visa on arrival in Australia and subsequent mandatory detention (2002)