Collaboration for Cultural Reform in Defence 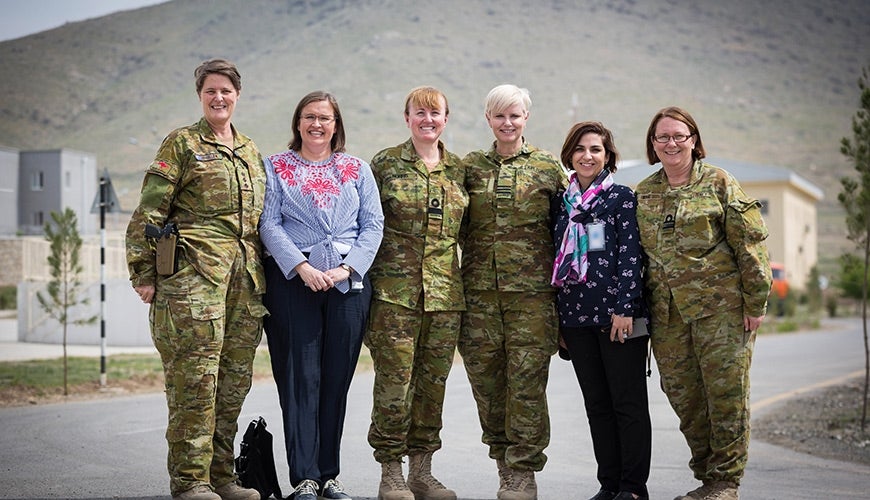 The Australian Human Rights Commission (the Commission) collaborates with Defence to support and improve Defence’s cultural reform priorities. The Commission—Defence Collaboration is held up internationally as a unique example of a positive and productive partnership between a national human rights institution and a national military.

The Commission has consulted with more than 3000 members of the Australian Defence Force over the course of the collaboration to provide advice on issues relevant to the cultural reform agenda. This work is led by Sex Discrimination Commissioner Kate Jenkins.

Over the course of the Collaboration, the Commission has supported Defence through a range of different projects.

Reports on specific projects are provided directly to Defence. Public reports include:

In early May 2017, Sex Discrimination Commissioner Kate Jenkins visited the Middle East Region with the Australian Defence Forces (ADF) to learn more about the ADF’s operations and goals in the region.

Commissioner Jenkins released a report outlining some of the insights she gained from this visit.  Download the report here:

In 2017, Sex Discrimination Commissioner Kate Jenkins prepared a report on ‘Taking the Cultural Temperature in Combat Brigades’. The article was published in the ADF Journal.

Reports released under the review on the treatment of Women in the Australian Defence Force are available on this website.

For further information, please contact the Defence Collaboration Team at defence.collaboration@humanrights.gov.au or by calling TTY 1800 620 241.