In conversation with Elizabeth Broderick 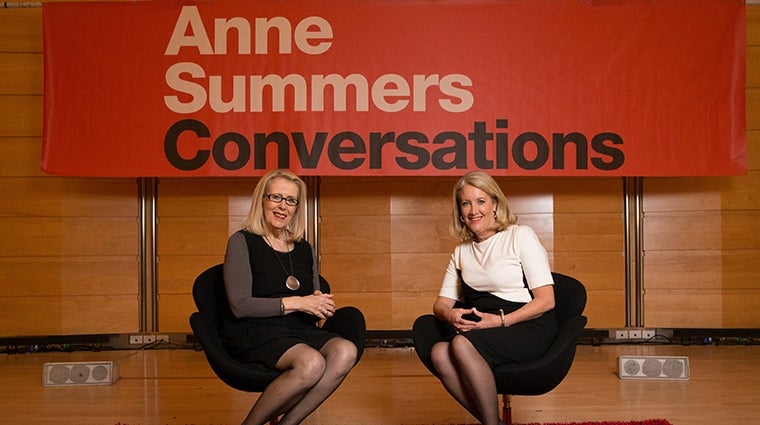 With less than four months left of her term, Ms Broderick reflected on her time in the role; what made her, what needs to change and her thoughts.

"We need more men in caring roles. We need to remove occupational gender differences. It's incumbent on all of us to speak out against sexism.

"If I could just do one thing as Sex Discrimination Commissioner, it would be to have better sharing of unpaid work and caring."

Ms Broderick went on to condemn violence against women.

"The most significant gender equality issue today is domestic violence."

"One in two women every night is turned away from a women's refuge. Prevention is not enough. We need properly funded domestic violence shelters," she said.

The gender pay gap and the trade-off women make to focus on caring rather than careers is also on the Commissioner's list of priorities.

"Work and care should not sit on one end of a hard place," she said.

"The military backed me," she said.

(but) How many militaries are in partnership with a Human Rights Commission?"

"I think (working with the military) made me more confident," she said.