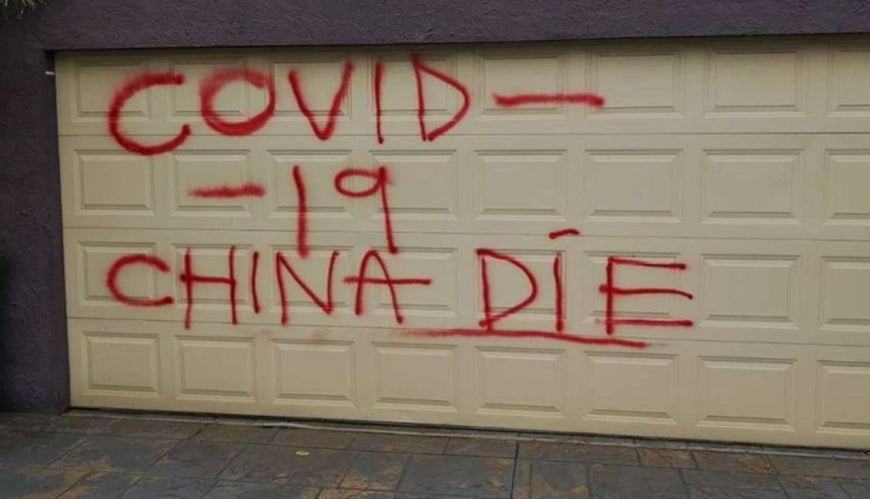 The absence of data illustrating the increase in racial abuse during the COVID-19 pandemic shows Australia needs to do better at recording and monitoring racism.

There have been too many news reports of COVID-19 prompting racial abuse: A Chinese woman was spat on in a Sydney street, two students bashed in the Melbourne CBD, a family’s home vandalised – to list just a few. But the story that struck me most was Jennifer Li’s.

Ms Li has been an Australian citizen for 15 years, having migrated from China. She had rarely experienced racism until COVID-19 struck. So in early April when Ms Li was physically and verbally assaulted in a racial attack, she was shocked. That shock grew into fear and outrage as she was racially abused three more times over the next four days, including with threatening messages left on her mobile phone. The police were unable to make a prosecution.

Ms Li told me about her abuse in a series of emails last month, and I felt solidarity as a Chinese-Australian. Although anecdotal evidence and media reports suggest COVID-19 has prompted a spike in racism, there is very little data available that can provide a more detailed picture of what is happening.

In February, the Commission recorded more complaints under the Racial Discrimination Act than at any time over the past twelve months. Since then the rate of complaints has been within the usual range, albeit towards the high end. One third of all racism complaints made to the Commission since the start of February have been related to COVID-19.

This information has been widely quoted in the media. But although our statistics are truthful and accurate, they do not tell the full story of what is happening in the community, nor do they illustrate the sustained spike in racism that has been widely observed. This is because the Commission’s data only captures complaints it receives that allege a breach of the Racial Discrimination Act, and the volume of these is fairly small in statistical terms.

The great demand for the Commission’s race complaints data – in spite of its limitations being explained to all journalists who enquire – indicates the desperate need for better reporting of racial abuse.

Police statistics about racially motivated crime would likely provide a better indication of the increase in racism seen during the pandemic, but most state and territory police do not comprehensively record this data. Enquiries five years ago by Australia’s foremost researcher in bias crime, Professor Gail Mason at Sydney University, found only NSW, Victoria and Queensland said they systematically collect information about crimes motivated by prejudice.

The Australian Human Rights Commission would like to learn more about how police collect bias crime data and how it could inform our anti-racism work. I have recently written to all Police Commissioners about this.

Many forms of racism, however, are not criminal in nature. Where can a person go if a stranger verbally hurls racial abuse at them in the street, or online? It’s not usually a matter police would investigate, and in many instances there are practical difficulties in identifying the perpetrator.

At the very least, victims of racial abuse should expect that their experience will be recorded, counted and considered.

Current reporting mechanisms are ad-hoc, as there is no agency tasked with recording racism across all areas. To fill the void, some data is collected by groups including the Online Hate Prevention Institute, the Executive Council of Australian Jewry, the Islamophobia Register, and Reconciliation Australia. The Asian Australian Alliance has recently begun recording incidents of COVID-19 related racism. But there is no cohesion in how these groups collect, evaluate and report data.

Given recent trends towards increased extremism and hate, there is need for a more systemic approach to collecting data about racism, whether criminal or not. In its absence, policy and resourcing decisions are being made without much needed information. It is hard to get ahead of any problem without a detailed understanding of its pervasiveness, localities and settings, where it is experienced most, and how it manifests.

Comprehensive collection and evaluation of data should be a cornerstone of a national anti-racism strategy, as it would tell us how we are doing at combating racism. It would tell us where hotspots are and where we need to focus our attention. It would provide a true indication of trends that need addressing, such as the spike in racism prompted by COVID-19. And, most importantly, it would mean anyone who experiences or witnesses racism could have confidence their story would support efforts to stamp out racism altogether.

In her initial email to me, Ms Li wrote: “I am really, really, really frustrated and disappointed, but I will still keep doing the right things that I believe in good faith. But at this stage, I’ve really lost track of where and who should I report what has been happening, and how to address the problem to give a voice to the Chinese-Australian community.”

Ms Li and every other victim of racial abuse or discrimination deserve to have their experiences heard and taken seriously.