I would like to begin by acknowledging the Gadigal people of the Eora nation,
the traditional owners of the land on which we meet today, and pay my respects
to their elders past and present.

Thank you all for coming here today to celebrate with us this special Human
Rights Day, marking the 60th anniversary of the Universal Declaration
of Human Rights.

Sixty years ago today saw the historic commitment of all nations to
protecting the freedom, dignity and equality of all people.

The rights and freedoms which the Declaration proclaims remain as important
today as they were in 1948.

Human rights were then, and continue to be now, the foundation of a fair,
democratic, inclusive, and peaceful society. A society where we all can feel
safe and be protected from violence; where everyone has the opportunity to
participate in their community; where we all treat each other with respect.

This year we can celebrate significant progress towards a fairer Australia.

With us today are many individuals and groups that have worked tirelessly to
achieve social justice and equality. Your efforts are often insufficiently
recognised. You are working to create a society where human rights matter.

Australia has taken significant steps forward in the protection of human
rights in our country:

We have much to be proud of. These achievements will make an
important difference to the lives of many individual Australians now, and even
more so, into the future.

But we still have a long way to go.

The fact is that Australian law does not always protect our human rights and
fundamental freedoms. Let’s take a few topical examples:

When the rights of any person in Australia are
denied, we are all diminished.

I want to live in an Australia of which I can be uniformly proud. Where
freedom, equality and dignity matter. Where human rights matter.

I believe that we will have a society of this kind:

I believe that we need greater formal
protection of human rights in Australia. A federal charter of rights will send
an important message to those who make our laws, and to those who administer
them, of the rights we want them to protect and respect.

Earlier today, the federal Attorney-General announced that the government
will hold a national consultation about human rights. This consultation will be
a unique opportunity for all Australians to discuss with each other, and tell
our government, what human rights are important to us, and how we want our human
rights to be protected. I would like to congratulate the Attorney-General for
the leadership he has shown in making sure that the consultation became a
reality.

I will be working with all sectors of the community, including the federal
government and public service, business leaders, community organisations, and
disadvantaged communities to discuss how human rights impact on our everyday
activities.

Australia played a leading role in the development of the Universal
Declaration. Now, sixty years later, we have a chance to bring human rights
home. Let’s talk about our rights and our options for making sure that
they are better protected. Let’s continue to build a fair, inclusive,
tolerant and secure society, one where human rights matter.

Our challenge is to make 2009 the year in which we committed ourselves to
join all other western democracies and place freedom, dignity and equality at
the centre of our national life. 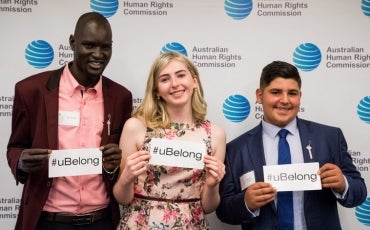 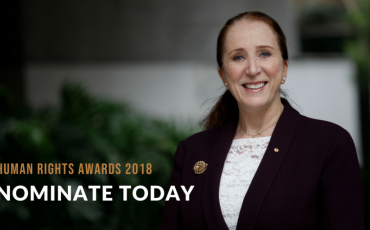