Ethnic Communities' Council of Victoria: All One Together Anti-Racism Symposium on Diversity and Inclusion

Thank you for the very kind welcome, it is a great pleasure to join you today.

Let me start by acknowledging the traditional custodians of the land we are meeting on, the Bunurong Boon Wurrung and Wurundjeri Woi Wurrung people of the Eastern Kulin Nation. I would like to acknowledge their connection to land, waters, and community, and pay my respects to their Elders past and present and acknowledge their emerging leaders. I acknowledge, too, the traditional custodians of land across the continent and extend that respect, and acknowledgement, to any Aboriginal or Torres Strait Islander people who may be present.

May I extend my thanks to the Ethnic Communities’ Council of Victoria for the invitation to speak today and congratulate you on the important work you are doing to address racism and foster cultural diversity and inclusion via the All One Together project. I acknowledge the Chair of the ECCV, Mr Eddie Micallef, and the Council’s members and all dignitaries and community leaders.

We know that racism and the lack of cultural diversity within the workforce remain significant issues across Australian workplaces. The 2016 Census identified that 49 per cent of us were born overseas or have at least one parent born overseas. We also know that Australia is also home to the oldest continuous culture in the world. The importance of more diverse representation in Australia’s institutions and workplaces cannot be underestimated.

However, the research and data available to us indicate that representation of the Australian population’s cultural and linguistic diversity is missing from many areas of public life, including in employment. Individual and institutional biases and barriers are acknowledged as having direct responsibility for this.

We all know the failure to reflect and value Australia’s cultural diversity in our workplaces is experienced by employees in many ways. For some, it means invisibility or leaving parts of themselves ‘at home’, for others the effects can be much more harmful, resulting in discrimination, vilification, or hate at work.

We all know the stories of fewer opportunities for training and professional development, barriers to recruitment and career progression, a lack of diversity on hiring panels, ineffective complaints processes, inappropriate jokes and comments, prejudicial assumptions, and even outright racist interactions at desks, meeting rooms, factory floors, lunch tables, and Friday night drinks, with colleagues, stakeholders, and clients.

All these experiences come at a high cost to affected employees and to workplaces. Workplaces where workers must hide their cultural and linguistic differences from one another, and especially from their managers, are often places where presenteeism exists—people come to work but are less productive because they cannot contribute in a comfortable, appropriate, and authentic way or because there is no space for them to be visible and heard.

Many of these employees also choose not to stay, having been denied the safety they need to experience meaningful work. In consultations for the Australian Human Rights Commission’s recent report Sharing the Stories of Australian Muslims, for example, the need for more inclusive workplace environments was consistently raised. Participants in the national survey conducted for the Report recalled troubling instances in which visible expressions of their Muslim identities had led to differential treatment and a lack of work opportunities.

The patchy data and evidence available on corporate leadership in Australia also reveal that our workplaces do not have diverse leadership. The Commission’s own 2018 Leading for Change report estimated, for example, that of those who occupy the most senior posts in Australia’s universities, large ASX listed companies, Federal Parliament, and federal and state public sector departments, only 4.7 per cent have a non-European background and 0.4 per cent have an Indigenous background.

However, we know that workplace diversity contributes to culturally safe and competent workplaces that are representative of the Australian community. At an organisational level, research from McKinsey also shows a positive correlation between diversity and financial performance. The 2018 Delivering through Diversity report showed that companies with the most ethnically diverse executive teams—in both absolute representation and in ethnic mix—are 33 per cent more likely to outperform their peers on profitability.

A workforce made up of people with diverse heritages also enables new and different ways of thinking and problem solving. A study by American social scientist Prof. Scott E. Page of the University of Michigan found that a group of diverse people was better at solving difficult problems than a group made up of talented individuals. The benefits of having people from different backgrounds who can bring unique experiences and different approaches to the table cannot be overstated and, according to Page’s research, cannot be replicated in homogenous groups.

The knock-on effect of this is workplace productivity. A study of diversity and business performance by the Victorian Human Rights and Equal Opportunity Commission and Deloitte reported that if 10 per cent more employees feel included, an organisation’s work attendance can increase by approximately one day per year per employee.

If organisations are serious about promoting an inclusive and culturally diverse workforce, it is critical they examine their leadership, accountability, and workplace culture to ensure they are functioning in a way that best attracts, promotes, and nurtures a multicultural workforce.

In the coming weeks, the Commission will be relaunching the Workplace Cultural Diversity Tool. First launched in 2014, the Tool provides a free, online, confidential self-assessment tool to support organisations to better understand their relationship to cultural diversity and inclusion in the workplace. The refresh will update the form and function of the Tool, but also, importantly, its content, incorporating the language of anti-racism into the Tool for the first time. This is an important step. As we know, creating culturally safe and inclusive workplaces requires a commitment to anti-racism that goes beyond tokenism. It requires specific, targeted initiatives that address racism at the individual, institutional, and structural level and create equitable opportunities for all people.

It is our hope that the Tool will complement the fantastic work being done through initiatives like All One Together and the Ethnic Communities’ Council of Victoria. As we know, so much anti-racism work is done at the community level and led by communities and local organisations. The aim of the Commission is not to duplicate that work, or speak over it, but to support it and encourage more people to engage in a meaningful way.

I look forward to sharing more information with you about the Tool as it launches in the coming weeks.

But even as we strive to foster workplaces and businesses’ acknowledgement, recognition, and appreciation of cultural diversity and inclusion as important benefits and assets to an organisation’s bottom line and productivity, we must never forget that social justice and human rights imperatives of promoting and protecting racial justice and equality must remain the key focus of our work in relation to cultural diversity and inclusion. It is not just about organisational efficiency, profits, and productivity, but it is also about the inherent rights of people to be able to live and be treated fairly and equally irrespective of their racial or cultural background.

[The Race Discrimination Commissioner shared his personal experiences related to diversity and inclusion in his career. His reflections revolved around the themes captured in the quotes, “Bigotry is endemic in the workplace and to succeed you must beat it and not just blame it” and “We must open the doors of opportunities, but we must also equip our people to work through those doors.” He also touched upon the importance of awareness and actions in confronting and countering racism and the lack of diversity and equality that are guided by the qualities of empowerment, strength, determination, perseverance, and resilience.] 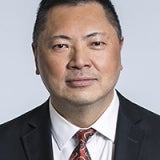